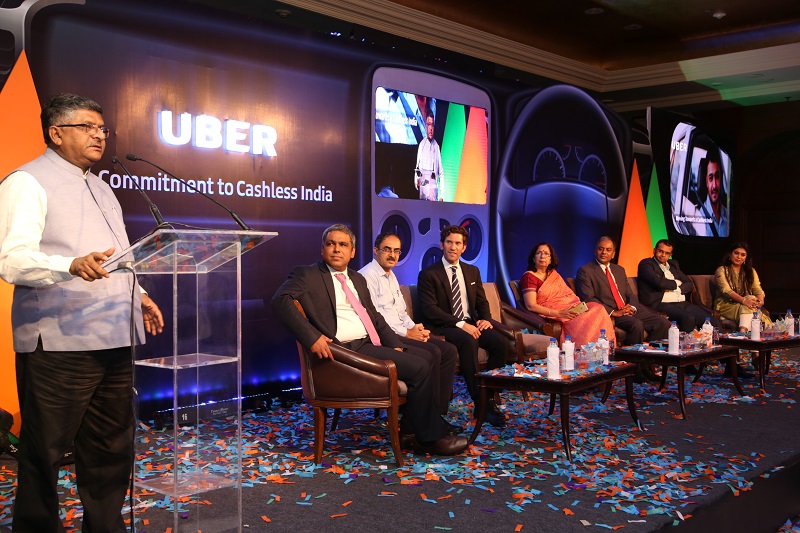 Uber has officially launched Unified Payments Interface (UPI) integration in India in partnership with National Payments Corporation of India (NPCI) and banking partners Axis Bank and HDFC Bank. The ride hailing service had rolled out UPI for some users in the country last month.

UPI is mobile-first payment system that facilitates transactions between any two bank accounts. The integration will allow customers to use their unique IDs to pay for their Uber rides. Prior to UPI, customers had an option to pay for an Uber ride with cash, Paytm, debit/credit card. The payment option is currently being launched only for riders while the company is working on integrating it for its over 2,50,000 active drivers. Users can create your UPI address or existing UPI users can link their account to the Uber app.

How does UPI work on Uber:

India is an important market for Uber after the US. Earlier this month, Uber announced that it has completed 500 million trips in India. The cab aggregator reached this milestone four years since its entry in the country.

We are proud to be a partner in the government’s monumental mission to create a digital payments led society and thrilled to announce UPI integration, a significant collaborative step towards unlocking the potential of fintech innovations in accelerating the growth of the nation’s digital economy. UPI integration will bring millions of riders and driver partners into the digital payments ecosystem, offering them another secure and seamless payment interface and bolster the nation’s digital payment revolution.

Global companies like Amazon and WhatsApp are also reportedly working on UPI integrations for their platform. Homegrown messaging app Hike Messenger tied up with Yes Bank for UPI and wallet service earlier this year.