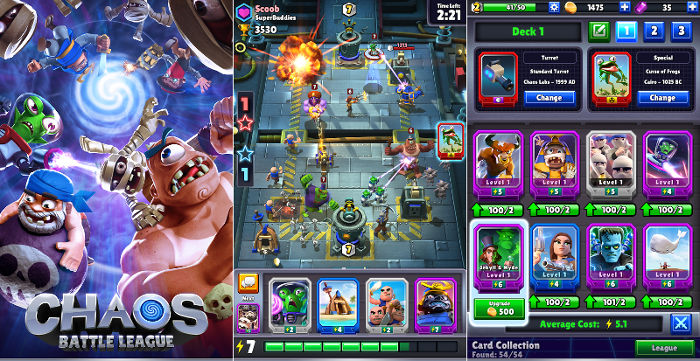 After beta testing for a few months, This Game Studio has released Chaos Battle League, real-time multiplayer game globally that is similar to Clash Royale from Supercell. In this game you need to defeat your adversaries to climb the leaderboard, and earn rewards and also collect and upgrade tons of Characters, Defenses and Abilities. You also need to join Guild to trade cards, and complete quests together to advance your Guild and unlock perks that benefit everyone.