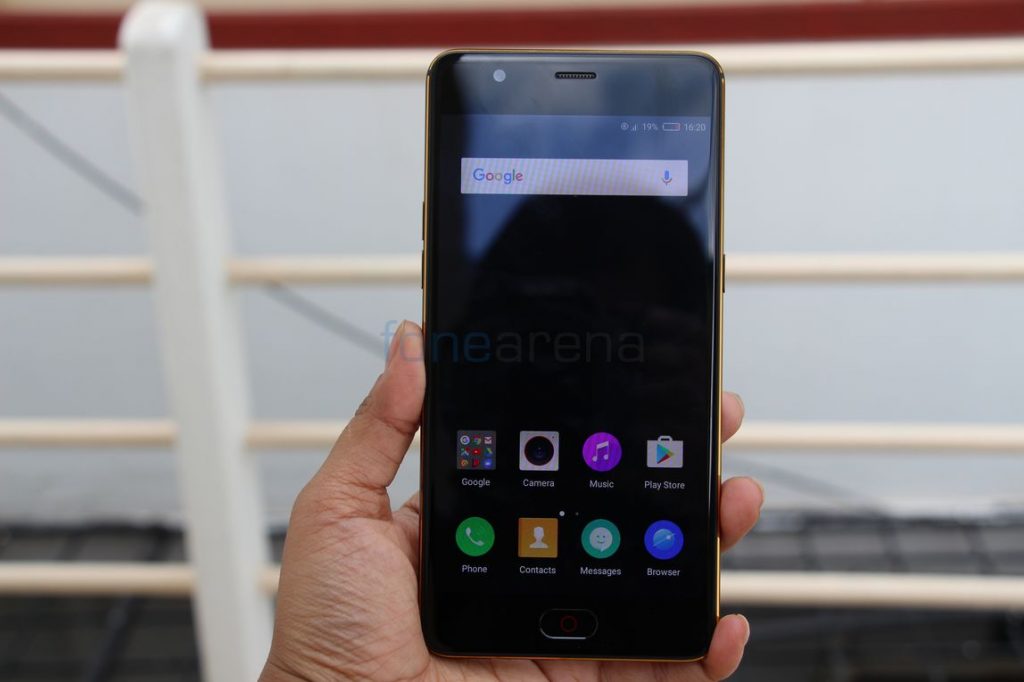 Nubia, the sub-brand of ZTE is known for making mid-range smartphones with impressive design and it recently introduced a new one in its M2 series. The company launched M2 Lite, a selfie focused smartphone in India last month for Rs. 13999 exclusively on Amazon.in, that puts it in one of the most competitive price segments in the country. Let’s see if the phone can be your selfie driver in this detailed review. 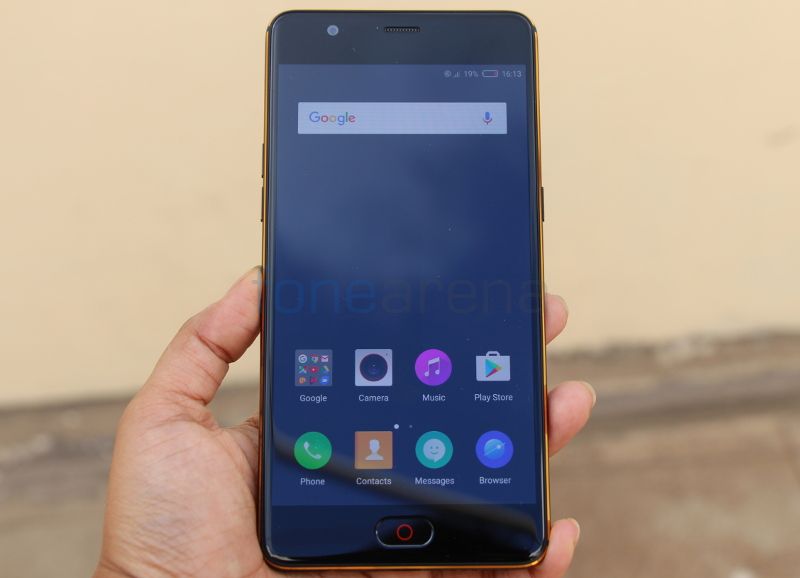 The Nubia M2 Lite has an impressive design that looks stylish. The black and golden variant of the phone suggests it is targeted at the young users as this combination is quite uncommon. It has large black bezels on the top and bottom while slim bezels on the side. The phone has a strong build and feels solid to hold however, the back is quite slippery and you have to be more careful while handling it. It has a 2.5D curved glass up front while a metallic rim in gold runs across the phone and offers some bling.

The phone sports a 5.5-inch HD (720×1280 pixels) TFT display with pixels per inch of 267ppi. It is surprising that at this price point, it does not sport a Full HD display. The sunlight visibility of the phone is poor as I was struggling even with full brightness. There are three display options -Glow, Standard and Soft. 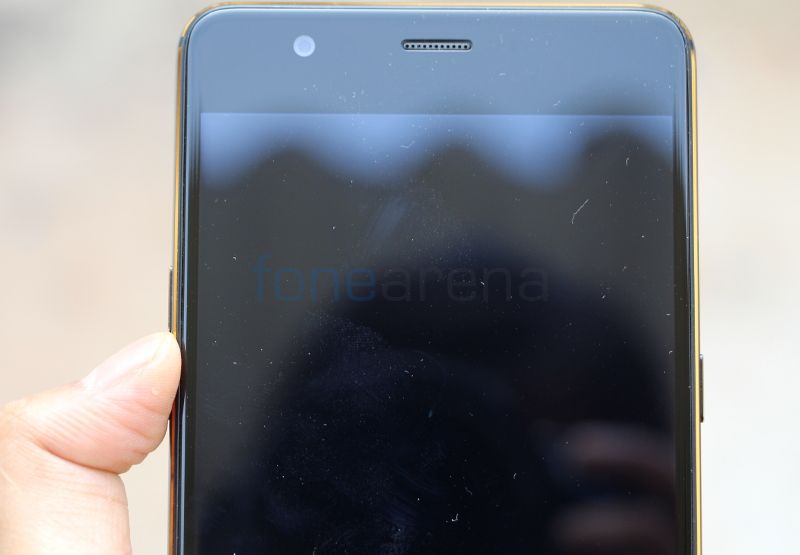 There is an earpiece on the top along with a 16MP front-facing camera with soft LED flash. Volume rockers are present on the left while power button along with SIM card slot is on the right. Micro USB port, 3.5mm audio headphone jack and loudspeaker grill are situated at the bottom. The speaker is loud and offers clear audio. 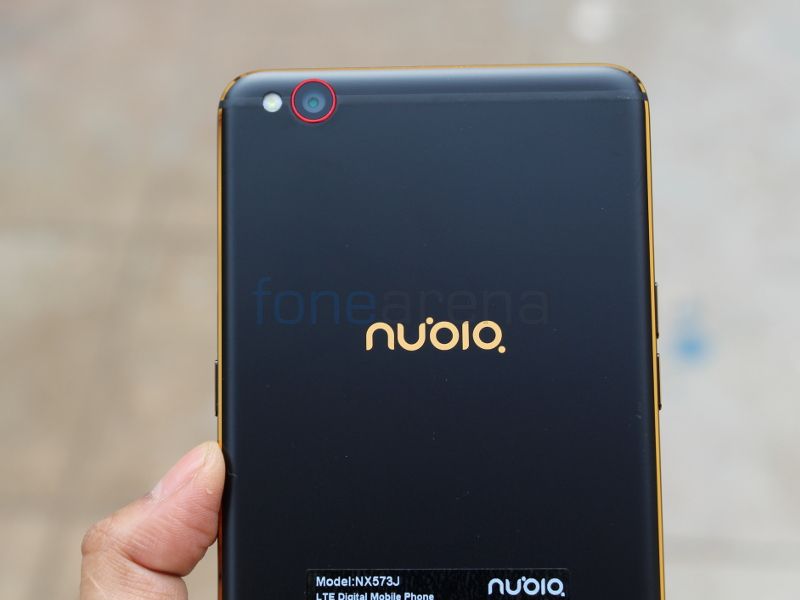 The phone has a 12MP rear camera and a 16MP front camera. The camera app has Pro and Pretty mode that enhances the quality of photo. You have the standard Settings tab with options such as Touch Capture, Face detection, Smile Shot, Shutter Sound and so on. There also options to shoot video in time-lapse, slow motion and panorama.  The Pro mode lets you take a photo in manual mode by adjusting white balance, ISO and more. 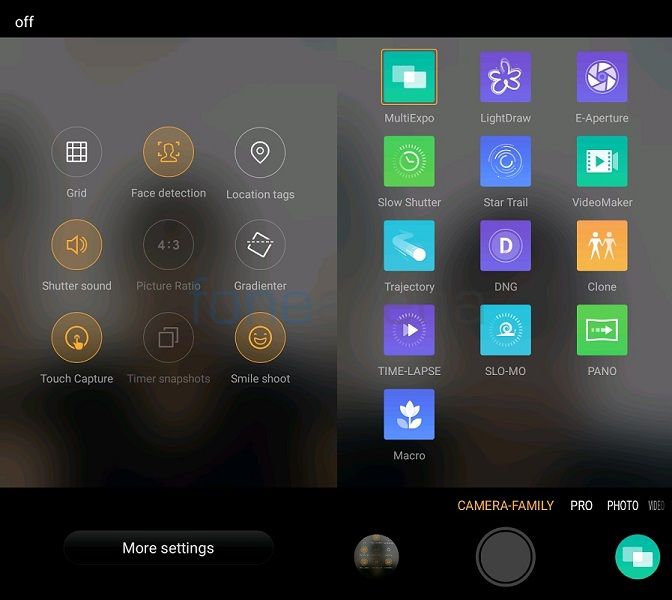 The rear camera takes average photos in daylight and the photos looked washed off if they are taken on a cloudy day.  It also struggles with low light images as they come out grainy. Macro shots were clear and offered detailing. Check out some camera samples (Click on the photo for full resolution images) 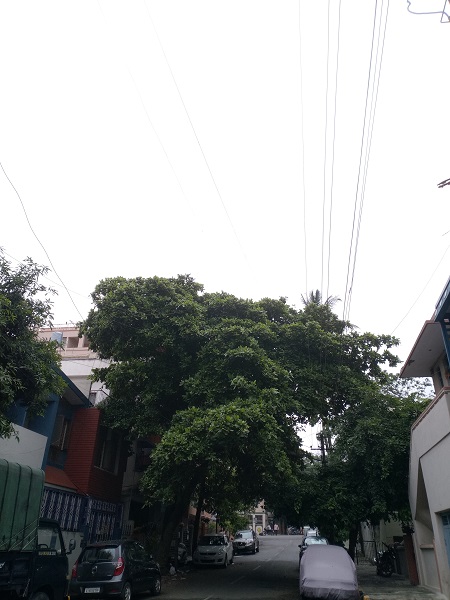 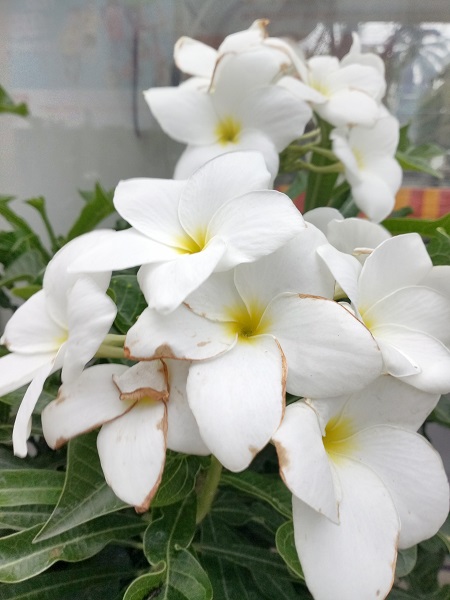 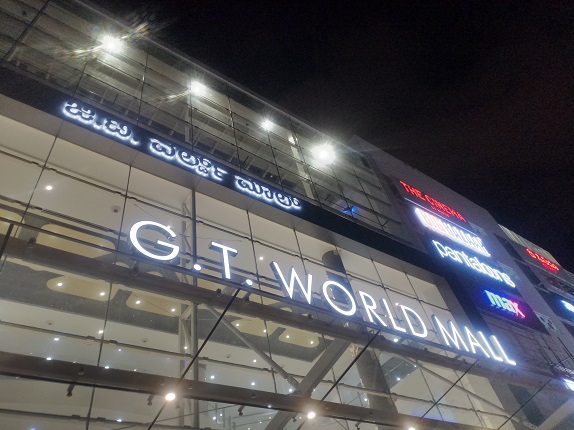 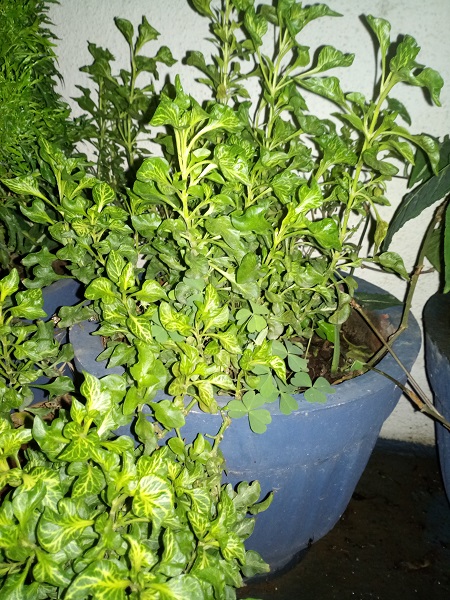 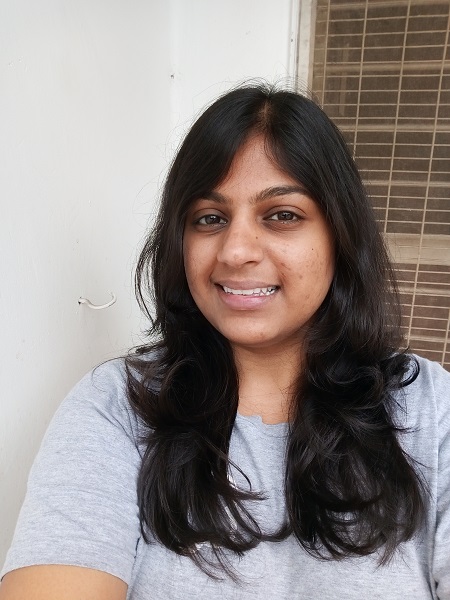 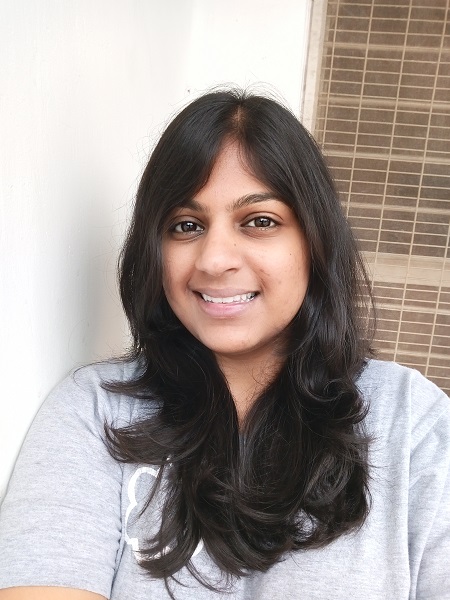 The phone supports video recording at 1080p. The video quality is decent. 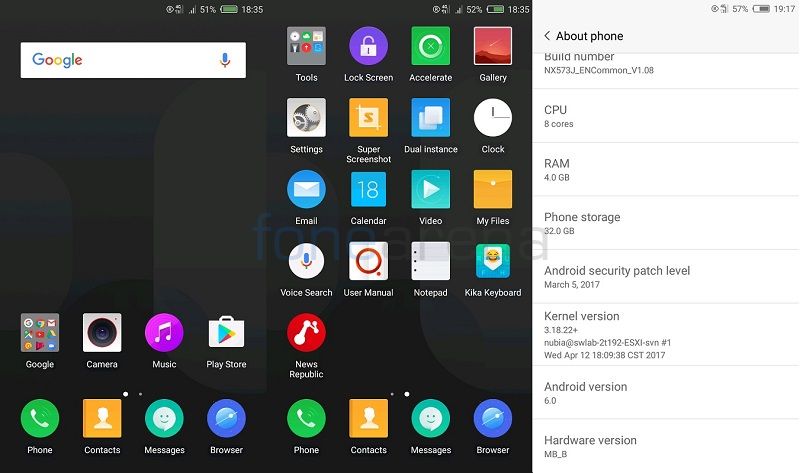 The phone runs on Android 6.0 (Marshmallow) with nubia UI 4.0 on top. This is a bummer as we are inching closer for the Android O reveal and the phone should at least run Nougat. Although the UI is not visually appealing or attractive, it is clean and simple which makes navigation easy. The touch quality is also pretty fluid and feels responsive. Coming to apps, you have the usual lot of Google apps and couple of other pre-installed apps like Kika Keyboard, News Republic, Dual instance, super screenshots. Dual Instance application feature enables you to create a clone of some apps and access a different account in it. It has minimum bloatware on the phone and you can uninstall KiKat Keyboard app and the News Republic app.

However, I noticed that Nubia asks for a number of permissions to use most of the apps and that is really irksome. I don’t understand the need for the Calculator app asking permission to access storage or the Flashlight app requiring permission to manage phone calls. Taking a screenshot is also a task on the M2 Lite. When you press the volume button and power button to take a screenshot, the phone offers options to select from types of screenshots like long, rectangle, circular and so on. Also, there is no way in which you can opt out from this take a regular screenshots that saves to gallery. 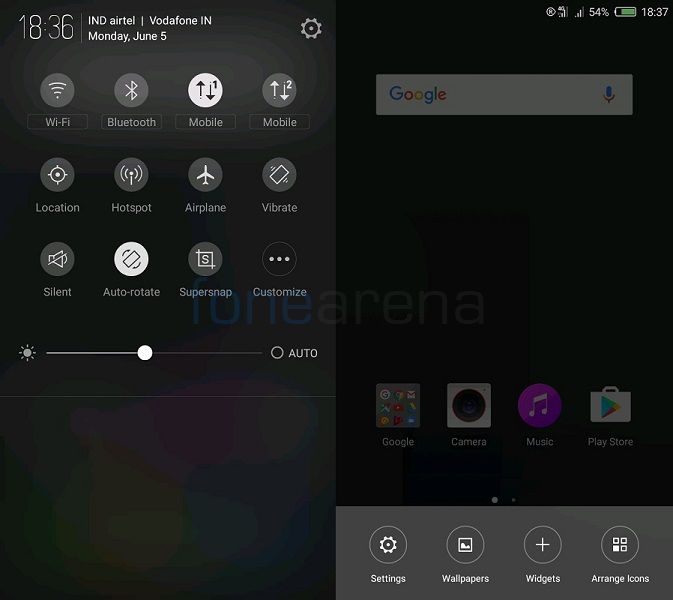 The notification drawer has usual shortcuts that can be customized according to preference. You can arrange icons, add widgets and change wallpaper as well. 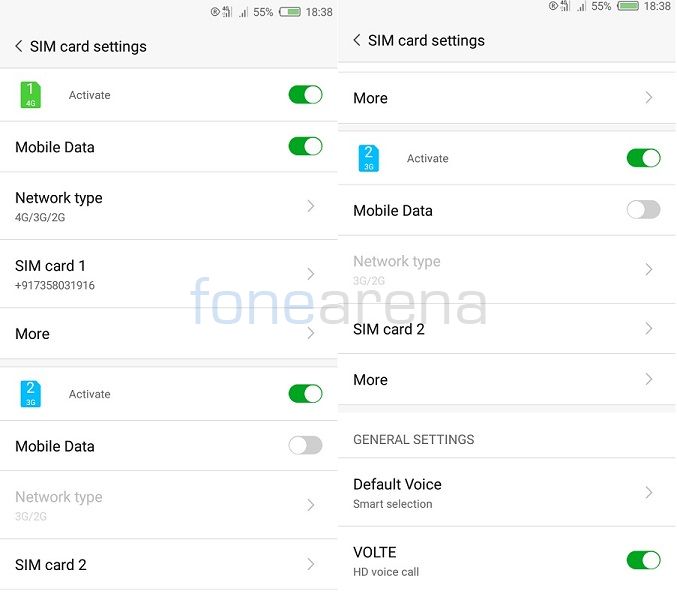 The phone has a hybrid Dual SIM slot that can house nano+ nano / microSD) slot. Both the SIMs support 4G, but you can enable 4G only in one SIM at a time, while the other goes to 3G. Other connectivity options on the phone includes the usual Wi-Fi, Bluetooth and GPS. The call quality is good. 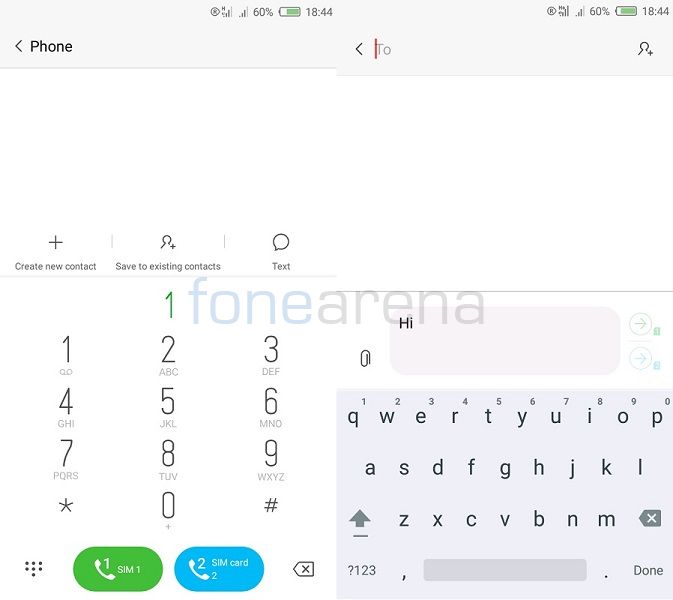 The dialer and keyboard are pretty much standard. However, you can go for Gboard (Google Keyboard) or any third-party keyboard. 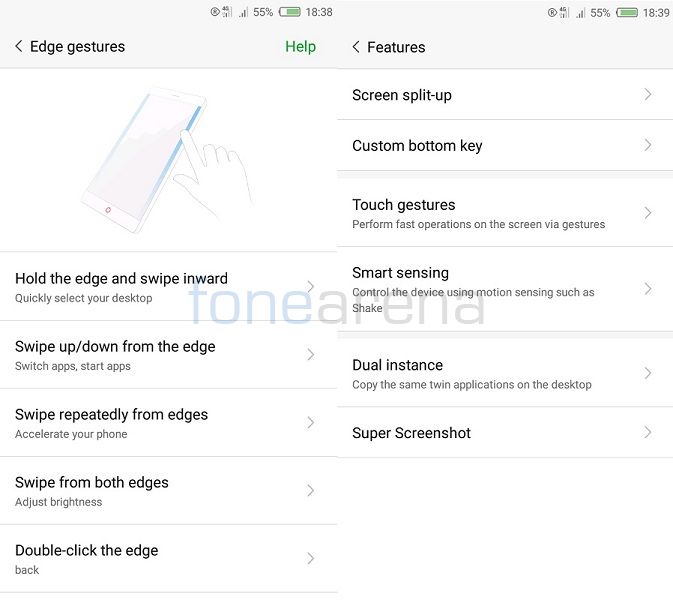 The set of Edge gesture features allows you to different actions to open apps and navigate around like go to the previous page, clear apps running the background, control screen brightness and so on . However, I am not sure how many people will actually use this feature. The phone also has a split screen feature that splits the screen in two. You can run two different apps simultaneously. 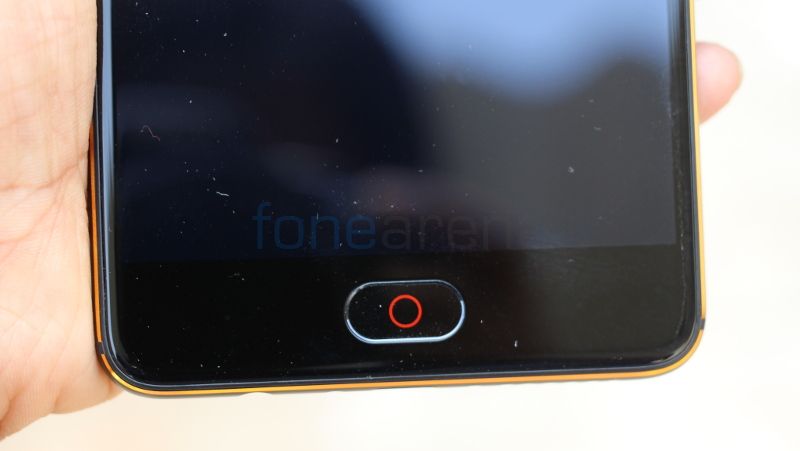 The fingerprint sensor on the phone does not work half of the time in first attempt. It is also slow in unlocking the phone. You can add up to 5 fingerprints. 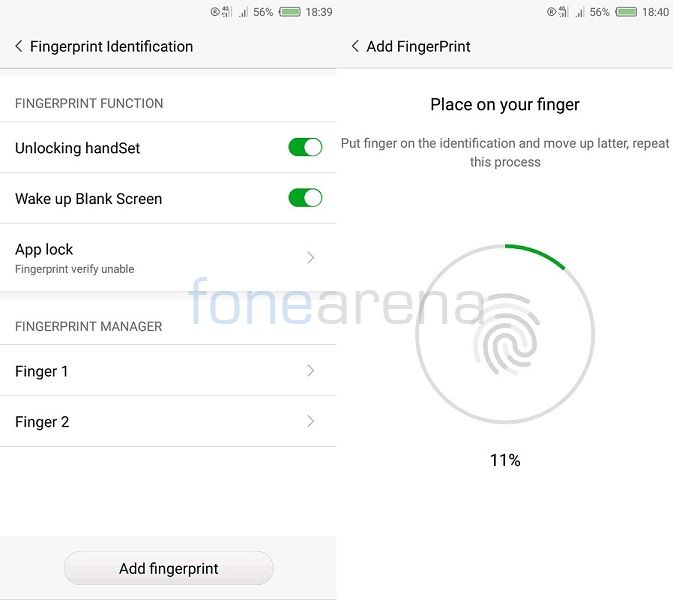 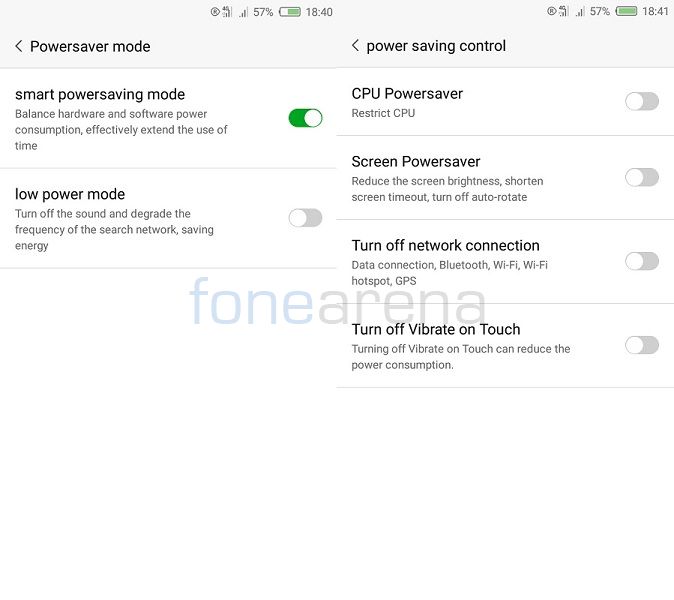 The phone comes with a 3,000mAh non-removable Li-ion battery. You can activate the Smart power-saving mode that balances hardware and software consumption while the low power mode turns off sound and degrades the frequency of search network. There are also a number of power saving toggle buttons that turns on/off CPU, Screen, Network turn on/off and more. 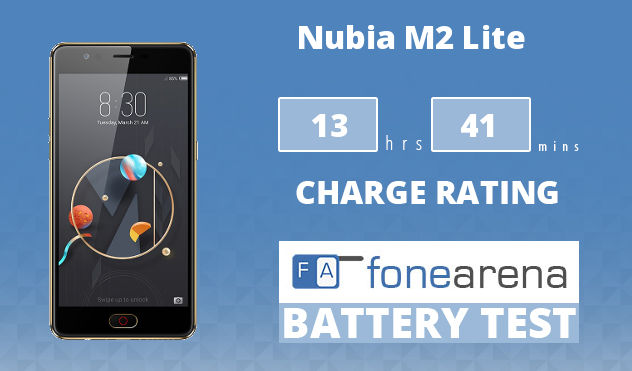 It achieved a One Charge Rating of 13 hours and 41 minutes mainly due to brilliant talk time. 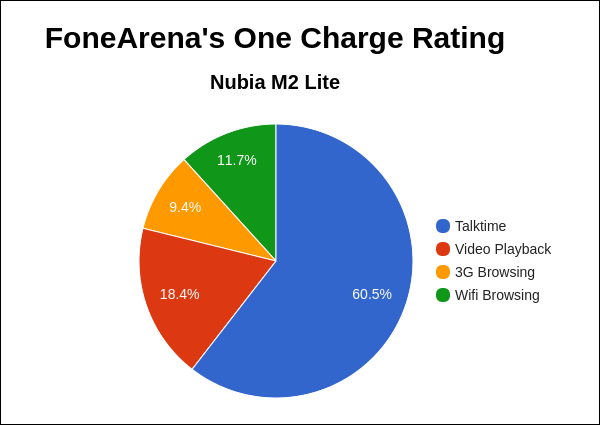 We will bring you the complete set of battery test results soon.

The M2 Lite is powered by a 1.5 GHz Octa-Core MediaTek MT6750 64-bit processor with Mali T860 GPU and 4GB RAM. The performance of the phone is decent most of the times and it can handle day-to-day tasks pretty well. 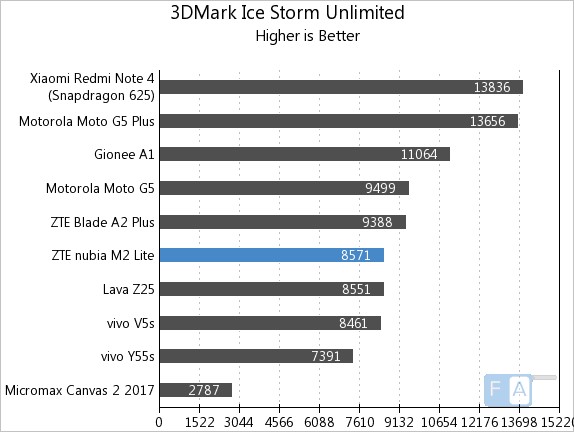 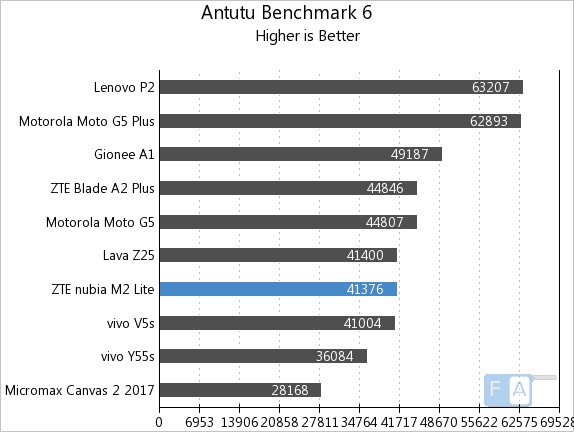 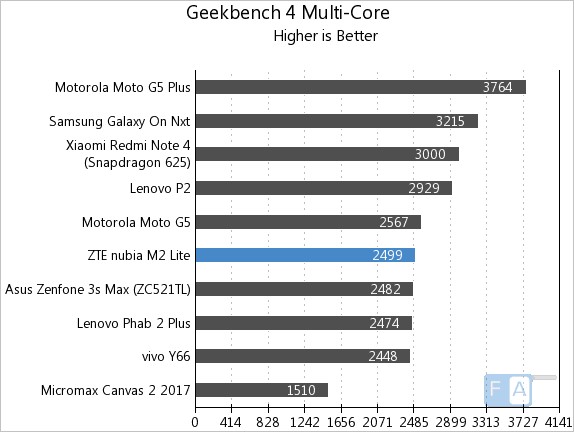 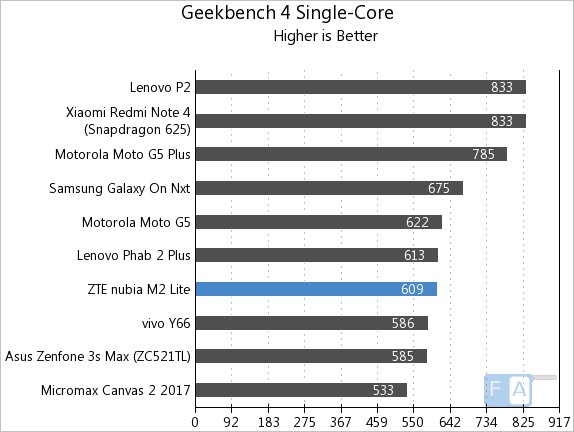 The Nubia M2 Lite scores when it comes to design and build quality however, the back of the phone is slippery and you must use a back cover to get a better grip. Lack of Full HD display and Android 6.0 (Marshmallow) is also a let down especially at Rs. 13,999 price point. The front camera is good for selfies but still it is not exceptional. There are several other options that you can choose in the sub Rs. 15,000 category.