Reliance Communications has launched Unimited Plans under Joy of Holi offer. This offers bundled data and voice-calling benefits for all new customers. It also offers with 1GB of data access offered at just Rs 49 along with unlimited on-net (RCOM to RCOM) local and STD calls as well as Rs. 149 plan with similar calling offer along with 3GB of 4G data with 28 days validity.

It has also announced variants of the plan for its 3G and 2G customers – 3G offer with unlimited data access at Rs 99, while unlimited 2G data access will be available for Rs 49. 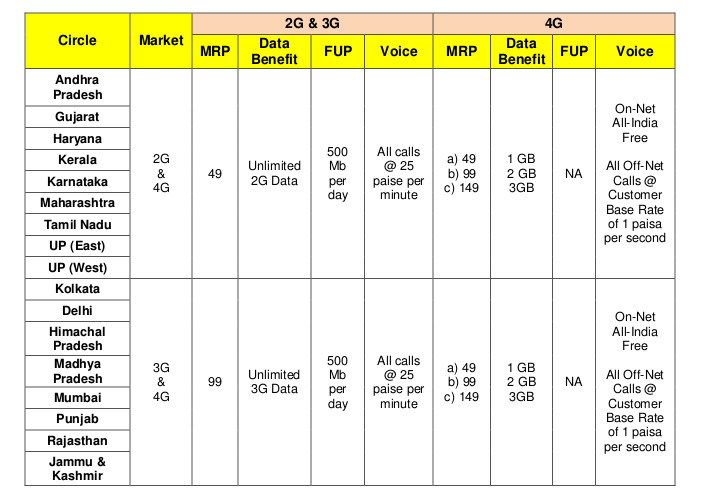 RCOM also announced new plans for its 3G and 2G customers in select markets. New 3G customers in Delhi, Mumbai, Kolkata, Himachal Pradesh, Madhya Pradesh, Punjab, Rajasthan and Jammu & Kashmir can recharge with Rs 99 and get unlimited 3G data, bundled with Rs. 20 worth of talk-time. In this plan, voice calls will be charged at 25 paise per minute with a validity of 28 days.

At RCOM, we have been overwhelmed by the response that our Unlimited Plan received last year—a validation of our efforts to constantly enhance customer experience and delight. We now take a new leap with additional benefits being offered to our 4G customers, with the ‘Joy of Holi’ offer.

Additionally, we still see immense potential in the 3G and 2G markets, which boast of 750 million Smartphones and data-ready feature phones. We have, therefore, customized special offerings in this space as well, with segmented and value-creating propositions.