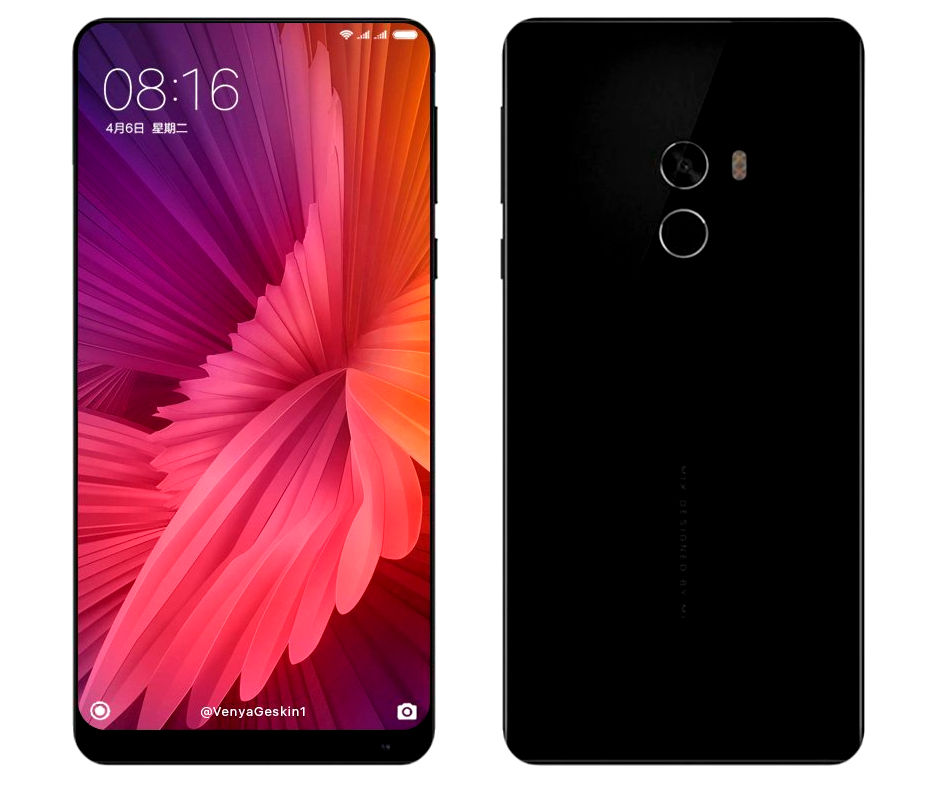 Xiaomi’s CEO Lei Jun last month confirmed that the company is working on Mi MIX 2. He said that the smartphone will be designed by Frenchman, Philippe Starck, who designed the Mi Mix. Earlier rumor said that the successor will be covered entirely with the display on the front without a physical button.

As you can see from the render mockup, the bezel on the front is less compared to MIX, housing only the front-facing camera. It is also expected to come with Cantilever piezoelectric ceramic acoustic system instead of a standard earpiece, similar to the predecessor, allowing you to listen to calls without the earpiece.

The Mi MIX 2 is rumored to be powered by Snapdragon 835 SoC and feature IP68 ratings for dust and water resistance. It is expected to release sometime later this year.