Airtel last month started offering bundled packs with unlimited calls and 14GB data for select users starting at Rs. 145 to take on Reliance Jio’s new Jio Prime plans that will start next month. This pack might vary from Rs. 145 to Rs. 149 and there is another pack for Rs. 349. 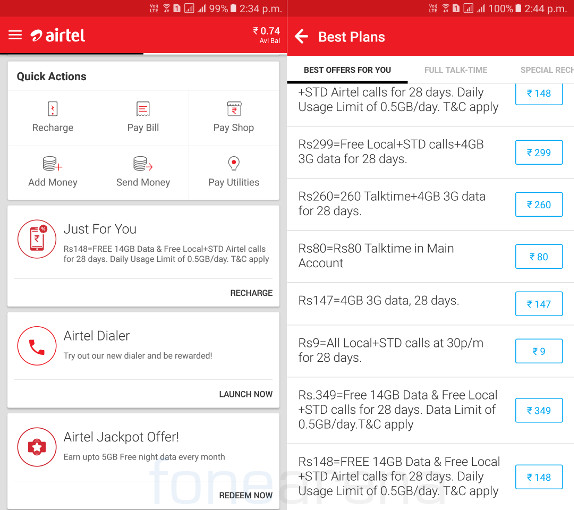 If you are lucky you might see these packs under “Best offers for you” section in the Airtel apps for your pre-paid connection. Airtel is currently offering these plans for select users, but it might expand this for all soon.

Airtel recently announced that it will make incoming calls free on roaming starting April 1st. It also said that even customers on international roaming without a Pack will be fully protected from bill shocks through an automatic adjustment that is equal to the daily pack for that particular country.

Airtel offers better data speeds in most areas and there are also less call drops compared to Jio. Hope it would improve once the free Happy New Year offer ends this month.

If you get the Airtel offer, will you for it or select Jio’s Prime membership plan that offers unlimited calls at Rs. 149 along with 2GB data and unlimited calls with 28GB data (1GB data per day) at Rs. 303. Let us know in the comments below.