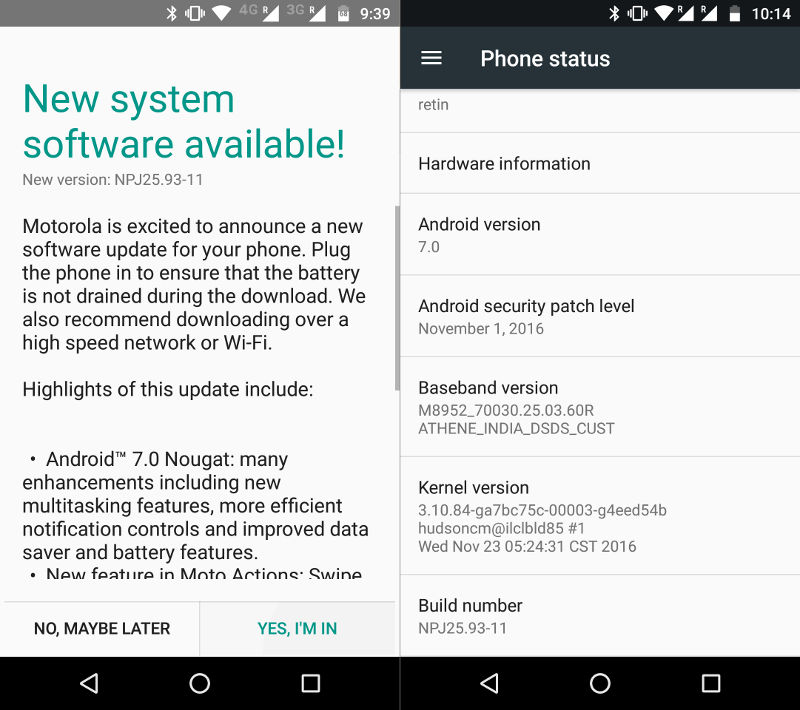 After several soak tests since October, Moto has started rolling out Android 7.0 (Nougat) update for the Moto G4 and Moto G4 Plus smartphones in India officially. This brings a new Moto action that lets you swipe to shrink the screen, and a new setting to disable and enable locking the screen when the screen is on and you touch the fingerprint sensor (for Moto G4 Plus). To access this setting, you need to go to Security, then tap on the screen lock gear icon.

Highlights of Android 7.0 Nougat update for Moto G4 and G4 Plus

The Android Nougat update has the Build number NPJ25.93-11; same as latest soak test build with November Android security update, so if you had flashed the soak test OTA manually, you don’t have to flash this again. If you have not, you will get a 733MB Nougat OTA update in the next few days, since it is rolling out in waves. The update is currently rolling out only in India, so other regions should get the update in the next few weeks.