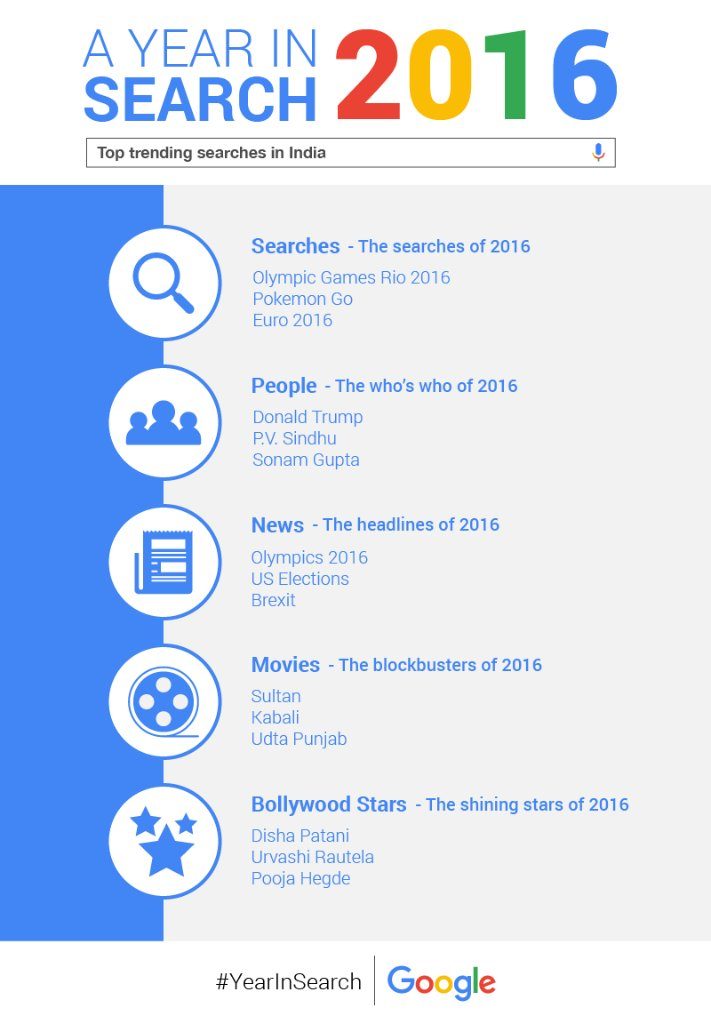 After Twitter and Facebook, Google has released the list of top trending searches in India in 2016. The recap highlights all the biggest moments, major events and users interests based on trillions of searches made by Indians on Google this year.

The 7th Pay commission, Demonetization, and the strategic surgical strike on terror groups caught everyone’s attention and generated a great deal of search curiosity among Indian users. Click here to see more information about Year in Search across the globe.