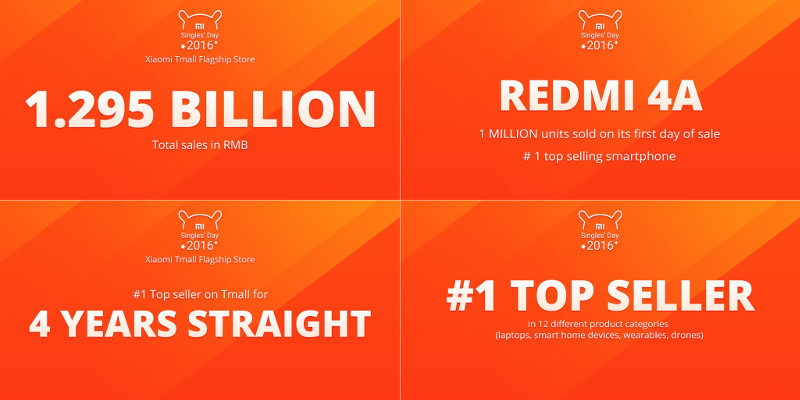 Xiaomi conducts China’s marathon 24-hour online sales event on Singles Day that falls on November 11th every year in cooperation with Tmall, the largest online marketplace in China. Last year it made US$196 million (RMB 1.25 billion). This year Xiaomi has announced that it made $189.9 million (RMB 1.295 billion) on Tmall in 23 hours 20 minutes, which is slightly more than last year’s sales.

Mi also holds the number 1 spot on Tmall for 4 years straight. ‪‎ It sold 1 million Redmi 4A smartphone, which is the company’s latest budget 4G smartphone that was introduced last week. It is also number 1 best seller in 12 categories, including laptops, smart home, wearables and drones.