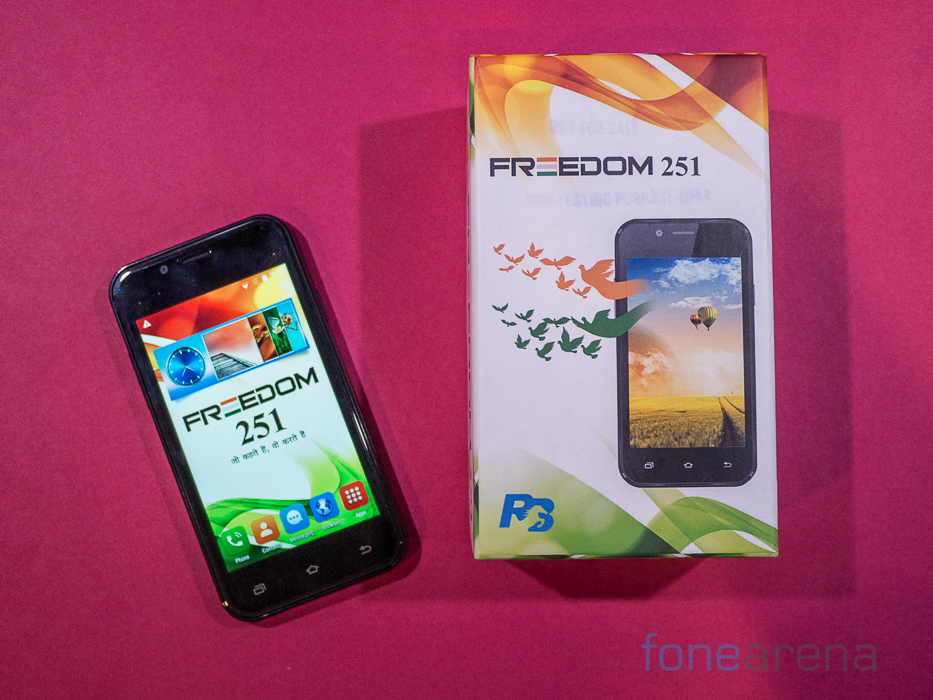 When the Freedom 251 was announced a couple of months back, it was mostly debunked by all as vapourware. Now that Ringing Bells is getting ready to start shipping the phone to buyers, we’ve gotten on our hands on what is seemingly a final retail unit. Here’s an unboxing of the phone. 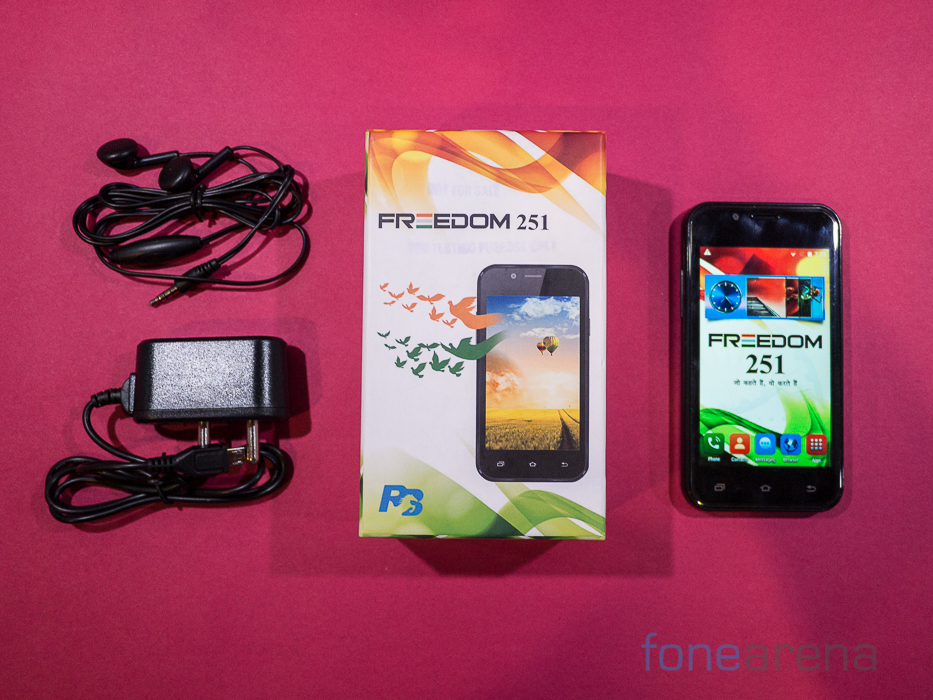 In terms of box contents, the phone ships with very basic accessories. You won’t find much else than the microUSB charger as well as the earbud style earphones. The company has also decided to forego the user manual it seems. Worth noting is that the packaging is right in line with the patriotic spiel of the company and is appointed in colors of the flag. The back shows the specifications. 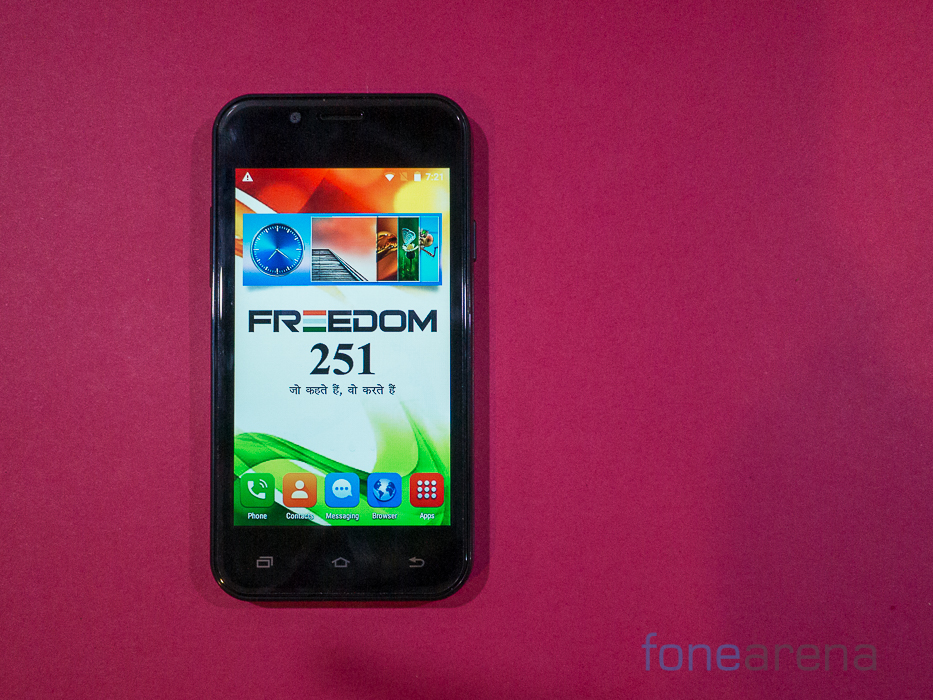 The phone itself has a 4inch display with a qHD IPS panel. The viewing angles are quite terrible and there is a massive color shift the moment you look at the device from anywhere but straight ahead. Three capacitive buttons are placed at the bottom. Over on the right is the power button while the left has the volume rocker. 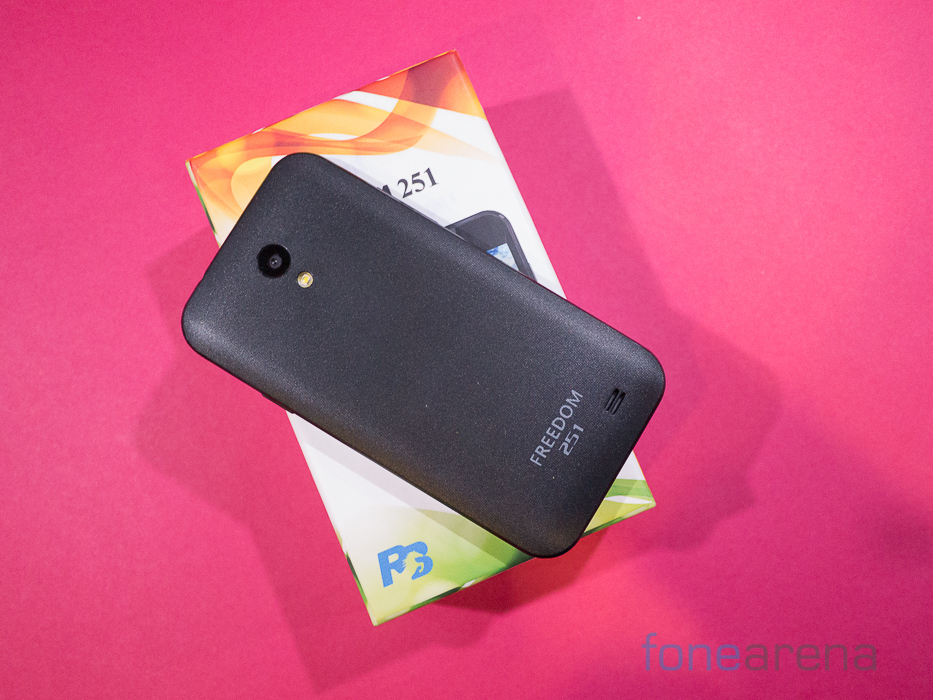 The back of the phone sports the 3.2MP camera and accompanying LED flash. Removing the back cover reveals the removeable 1450 mAh battery alongside the Dual SIM, Micro SD card slots. We’ll talk more about the performance and software of the Freedom 251 in our full review. For now, if you have any questions about the phone do let us know below and we’ll be sure to cover that in our review.