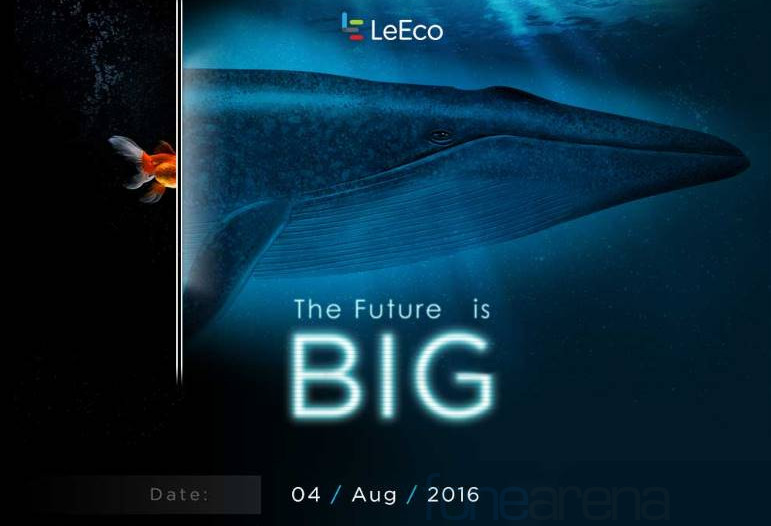 LeEco formerly known as LeTv is set to bring a new category of products to India.  The firm has sent out invites for August 4, where it is likely to launch two Android-based 50-inch 4K smart televisions in India.

Both the TV models dubbed 4 X50 and 4 X50 Pro were first unveiled in China in April this year. The 4 X50 television in China features a 50-inch 4K display with MStar CPU and 3GB of RAM, whereas 4 X50 Pro version packs a Qualcomm Snapdragon 810 CPU with 3GB of RAM.

LeEco recently unveiled “the world’s thinnest” 65-inch 4K LED TV dubbed the Super 4 Max65 Blade during CES 2016 in Las Vegas. The Chinese manufacturer claimed that the thickness of Super 4 Max65 Blade TV is just 3.9mm which is equivalent of two coins although the speaker (Harman Kardon 70w) is separate from the display panel and is included in the TV stand at the bottom.

To remind you, LeEco a.k.a LeTv is almost 12 years old company (founded in 2004). It is know as one of the largest online video companies in China. In a recent acquisition, LeEco bought VIZIO hardware and software businesses for $2 billion to strengthen its TV business.