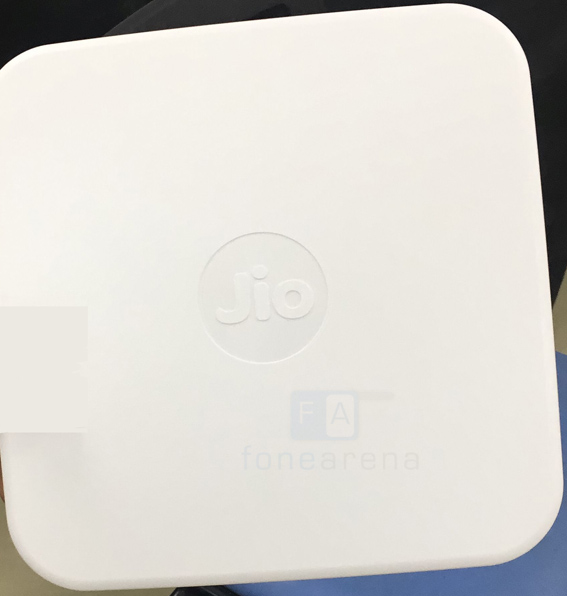 Yesterday , we had reported about the JioLink Indoor WiFi solution for Reliance Jio. Today we have exclusive photos of the JioLink CPE device which will soon be available in several cities where Jio 4G service is available. As you can see, the Jio branding is evident on the front and the special microSIM card provisioned for JioLink needs to be used on this device.

The JioLink is basically an outdoor 4G LTE modem and is waterproof and helps improve coverage in crowded areas and will mainly work on the 2300Mhz 4G band or Band 40 which is known to offer faster speeds on Jio. 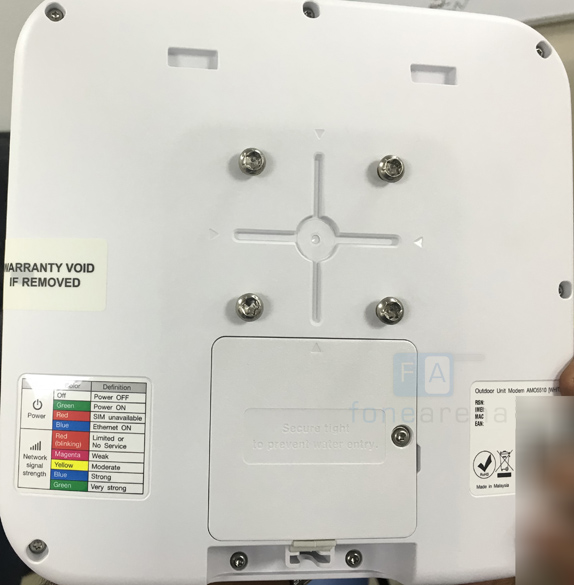 This device could be mounted on a pole with the clamp very similar to what some broadband providers like Tikona do currently or mounted on a wall in a terrace with the help of the wall mount which is expected to be supplied with the device.

A quick check on a import database reveals that over 100,000 units of this device being imported into India from Malaysia since last year at a price of Rs.4400 approximately per unit which is slightly higher than the Rs.2500 cost which Jio is going to charge for customers installing this device.

We have also learnt that preference will be given to employees, distributors and dealers.

Thanks to SOFTYS for the tip !