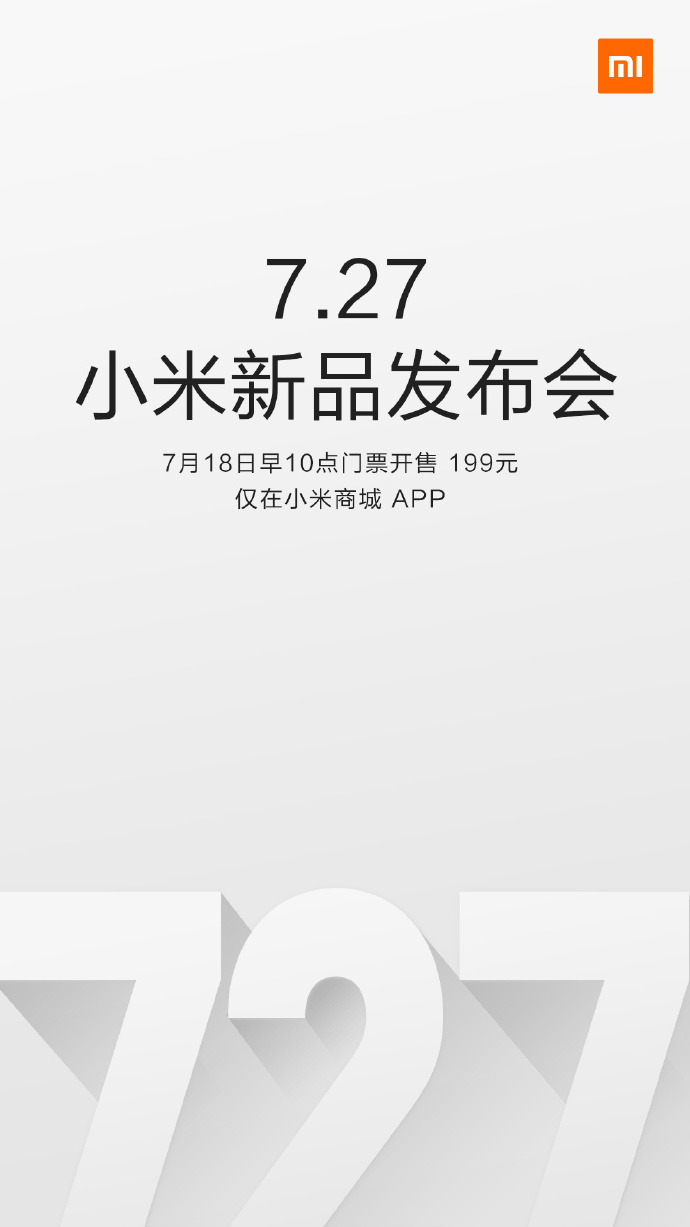 Xiaomi has announced that it has scheduled an event at the end of this month for a new product launch. It is expected that the Chinese smartphone maker will make the rumored Redmi Note 4 official at the event.

Earlier this week, a teaser leak showed the Redmi Note 4 with unibody metal design. The phone sports dual rear cameras while the LED flash is placed between them.

Just yesterday, a high end Xiaomi device surfaced which is tipped to be called as Xiaomi Pro. It might sport a 5.5-inch Full HD (1920 x 1080) OLED display from AUO and powered by the recently announced Qualcomm Snapdragon 821 processor. The phone is said to come with 4GB and 6GB RAM options. Earlier this week, Xiaomi revealed it has sold more than 110 million Redmi devices globally so far. The company had first launched first Redmi phone launched in August 2013.

Xiaomi is expected to announce a new Redmi device on July 27th event which will be held at the Beijing National Convention Center.