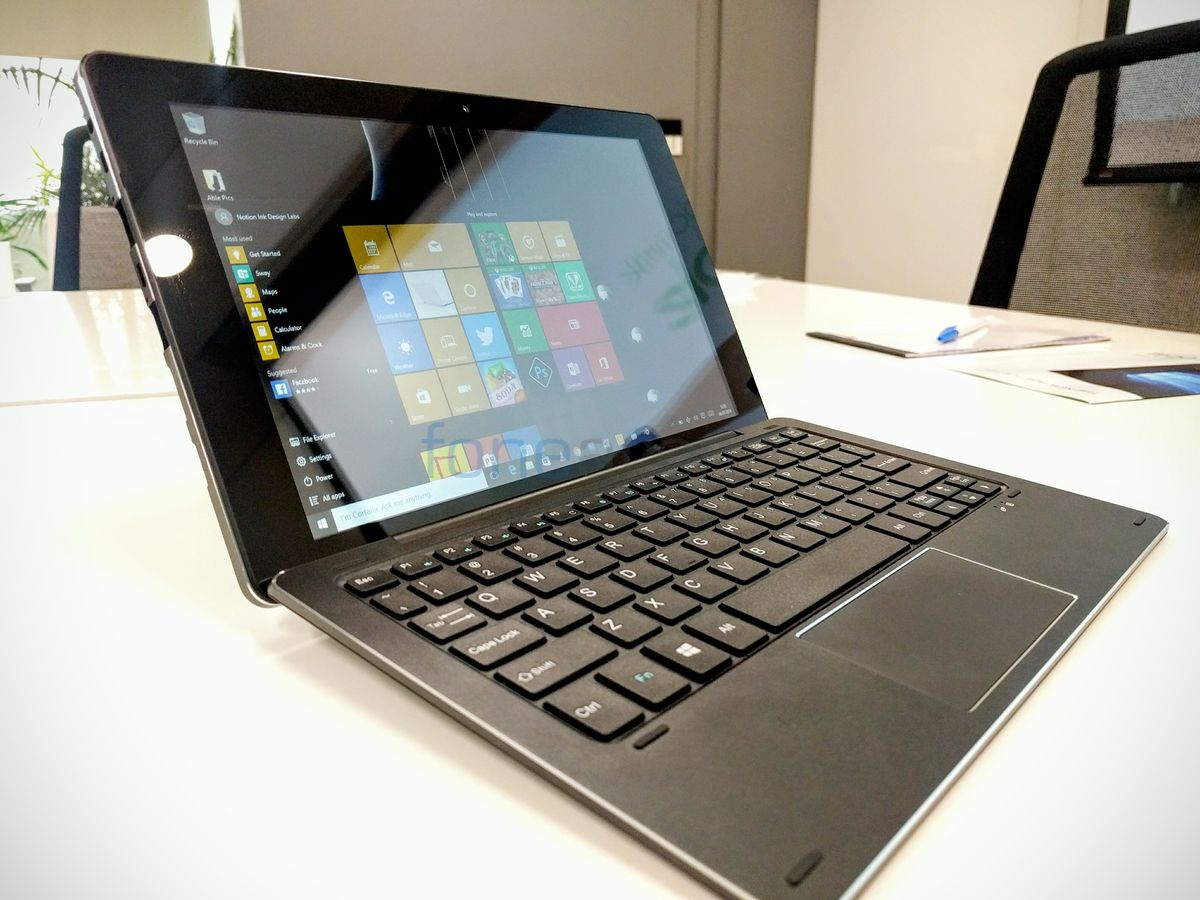 Notion Ink finally showcased its latest Windows 10-based 2-in-1 device dubbed the Notion Ink Able 10 in India on Friday. The device went on sale earlier this week on Snapdeal for Rs. 24,990. We got a chance to play with the device for some time and here are our initial impressions of it.

The detachable Notion Ink Able 10 2-in-1 has a tablet with 10.1-inch (1280×800 pixels) IPS touch display with big bezels and up to 10-point multitouch, just like the Notion Ink Cain 10. Unlike the soft keyboard case in Notion Ink Cain 10, this time around the company is providing a detachable magnetic hard keyboard with trackpad that supports multi-touch gestures like two fingers scroll, pinch-zoom etc. The keyboard is of good quality for the price with well-spaced chicklet keys and average click-travel. However, the tablet display has slightly low brightness levels. 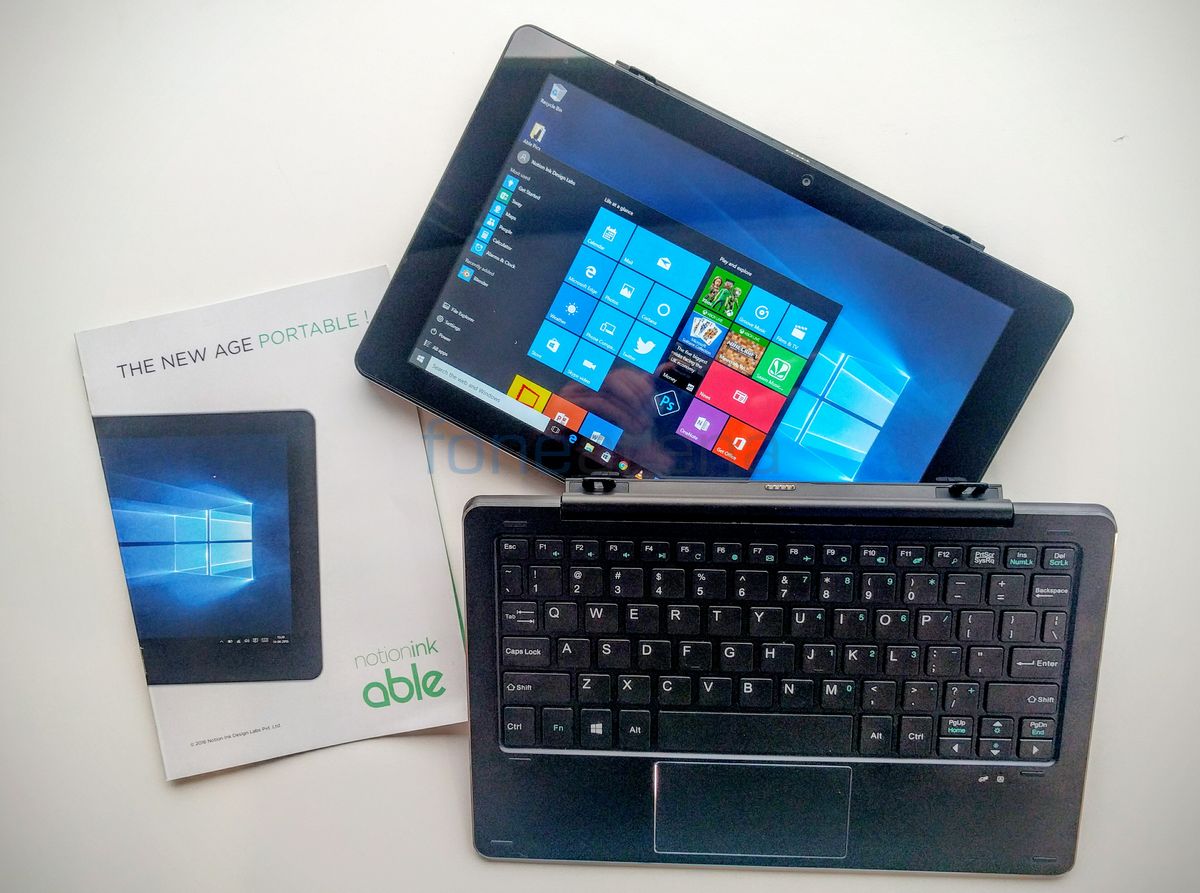 The Notion Ink Able 10 runs Windows 10 Home Basic and can work like a full-fledged computing machine. It is powered by a 1.44GHz quad-core Intel Atom X5-Z8300 processor (burst up to 1.84GHz) with Intel HD Graphics 5300. It packs 4GB of DDR3L RAM and comes in 64GB inbuilt storage variant only, out-of-which users get about 54GB of free space upfront. Users have an option of expanding it further up to 128GB via microSD card. The tablet also features a couple of 2-megapixel cameras with OV2680 sensors. 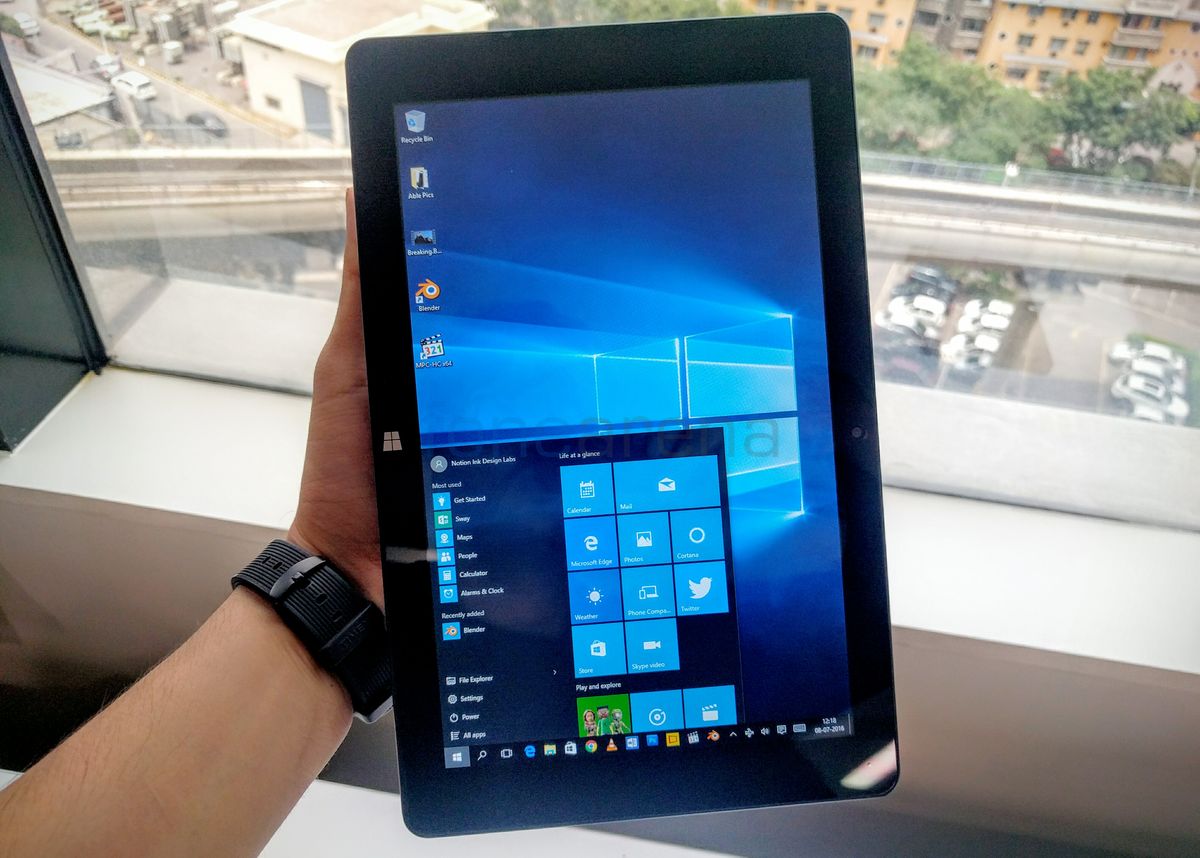 The Notion Ink tablet is backed by a 8100mAh non-removable Lithium Polymer Ion battery, which can charge in about 4 hours and is rated to deliver up to 7 hours in single charge, claims company. The detachable magnetic keyboard doesn’t have battery though and it draws power from the tablet only. The complete unit with the keyboard about 1.14kg and the tablet itself weighs around 650 grams. 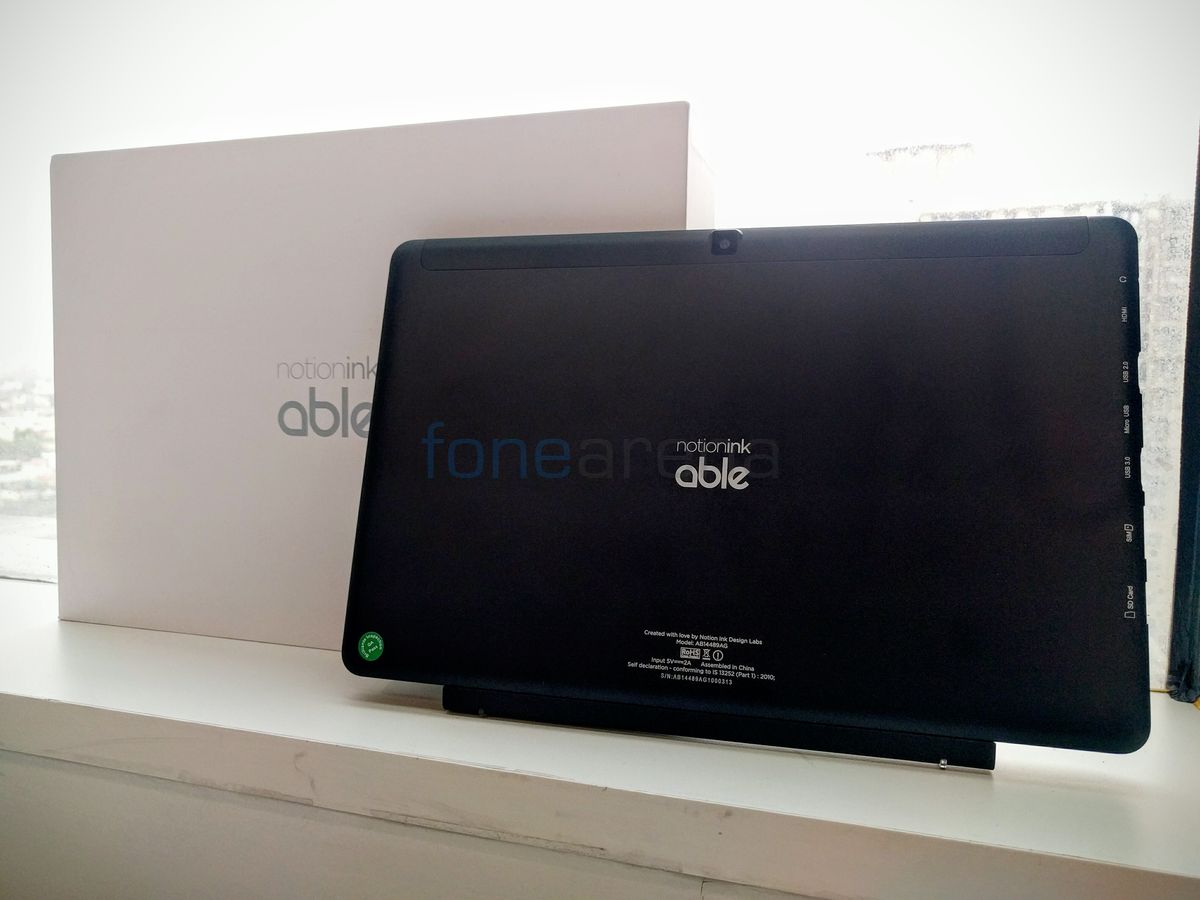 The Notion Ink Able 10 comes in Metallic Black-Grey colour option and is exclusively available on Snapdeal for 24,990. The no-consumer Able 10 Enterprise edition is priced at Rs. 29,990. Notion Ink is offering one year onsite warranty.