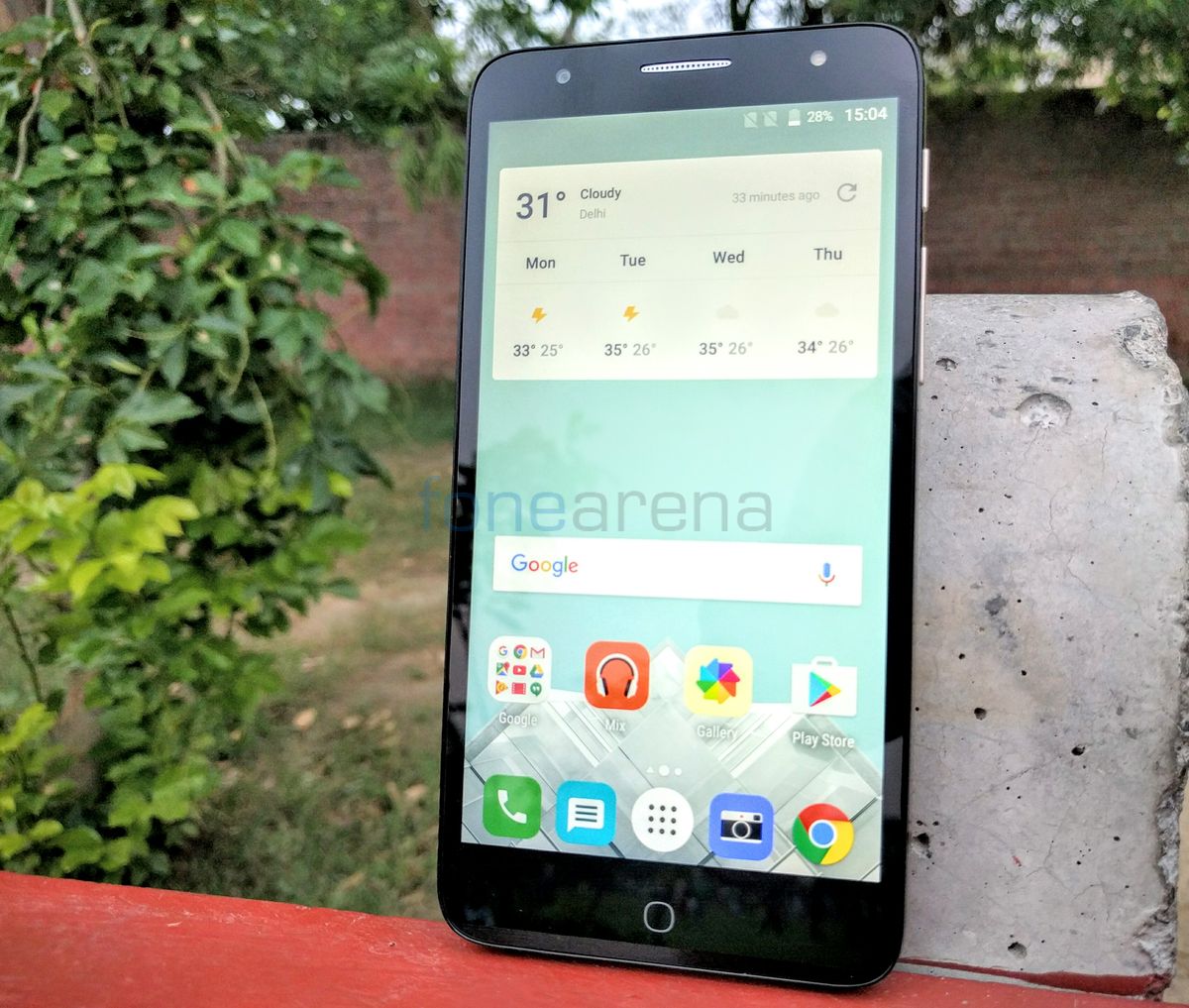 TCL, best-known as television manufacturing company, on Monday remarked its entry in smartphones space in India with its latest entry-level 4G device TCL 560, priced at Rs. 7,999. The smartphone is touted for its Iris scanner technology, and the company has decided to sell it exclusively on Amazon in India.

Previously, TCL had launched a similar Iris scanner equipped phone the Pride T500L under its brand name in November 2015 with price tag of Rs. 10,499. Also to remind you, TCL has been around from quite some time with Alcatel OneTouch smartphone brand.

The TCL 560 boasts of eye-scanning phone unlock feature. All you need to do is enable ‘Eye Verify’ from Lock screen settings. We couldn’t really test the feature as it wasn’t working in our demo unit, so you’ll need to wait for our final review.

Upfront, the TCL 560 packs a 5.5-inch HD (720×1280 pixels) IPS display, which isn’t much glossy, so it gets less smudged. But at the same time the brightness levels are sufficient for outdoors, so you’ll have hard time with the reflective display. 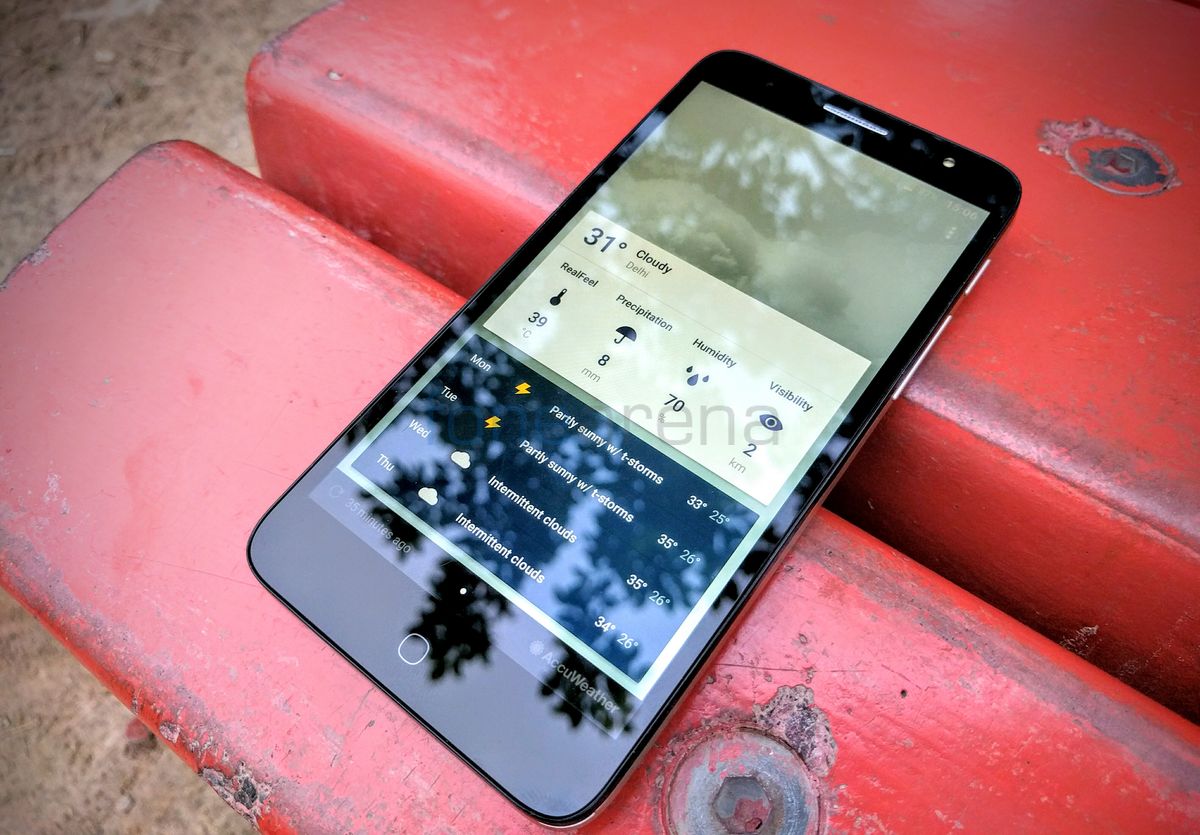 The complete handset body is made of polycarbonate with removable metal-finished back. However, the phone still doesn’t feel premium. 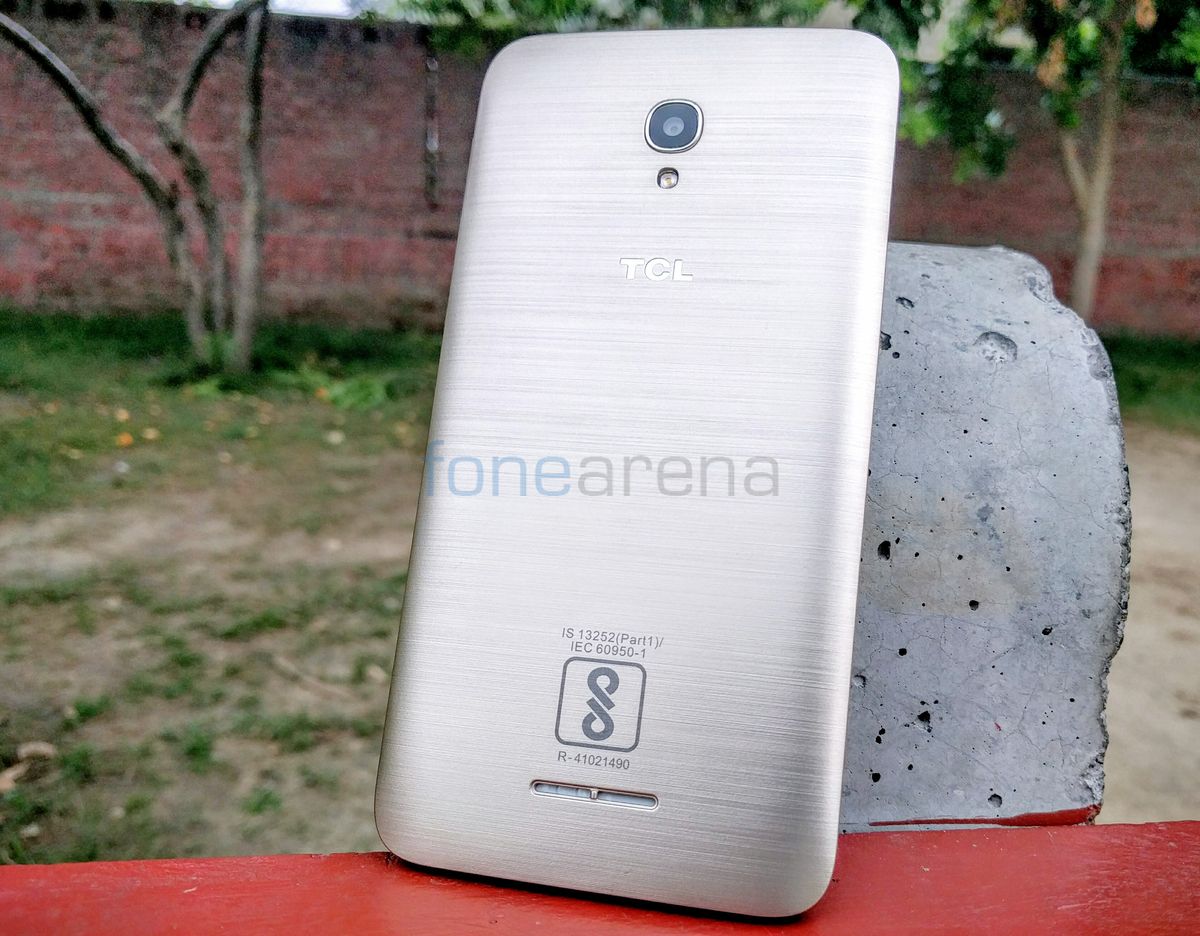 Above the display sits the 5-megapixel camera along with two sensors – proximity and ambient light sensor), earpiece grill and front selfie flash. The three capacitive backlit touch buttons – Back, Home and Recent – sit below display.

The 3.5mm audio jack sits on the top edge along with the secondary noise cancellation microphone, while the Micro-USB charging port is at the bottom along with primary microphone. The left edge has nothing and the Right side features the power / lock key and volume rocker. The loudspeaker grill is located at the bottom back.

The TCL 560 is powered by a Qualcomm Snapdragon 210 32-bit quad-core SoC with Adreno 304 GPU and 2GB of RAM. It runs Android 6.0.1 Marshmallow OS with slightly tweaked UI on top, although it is still quite close to stock experience. 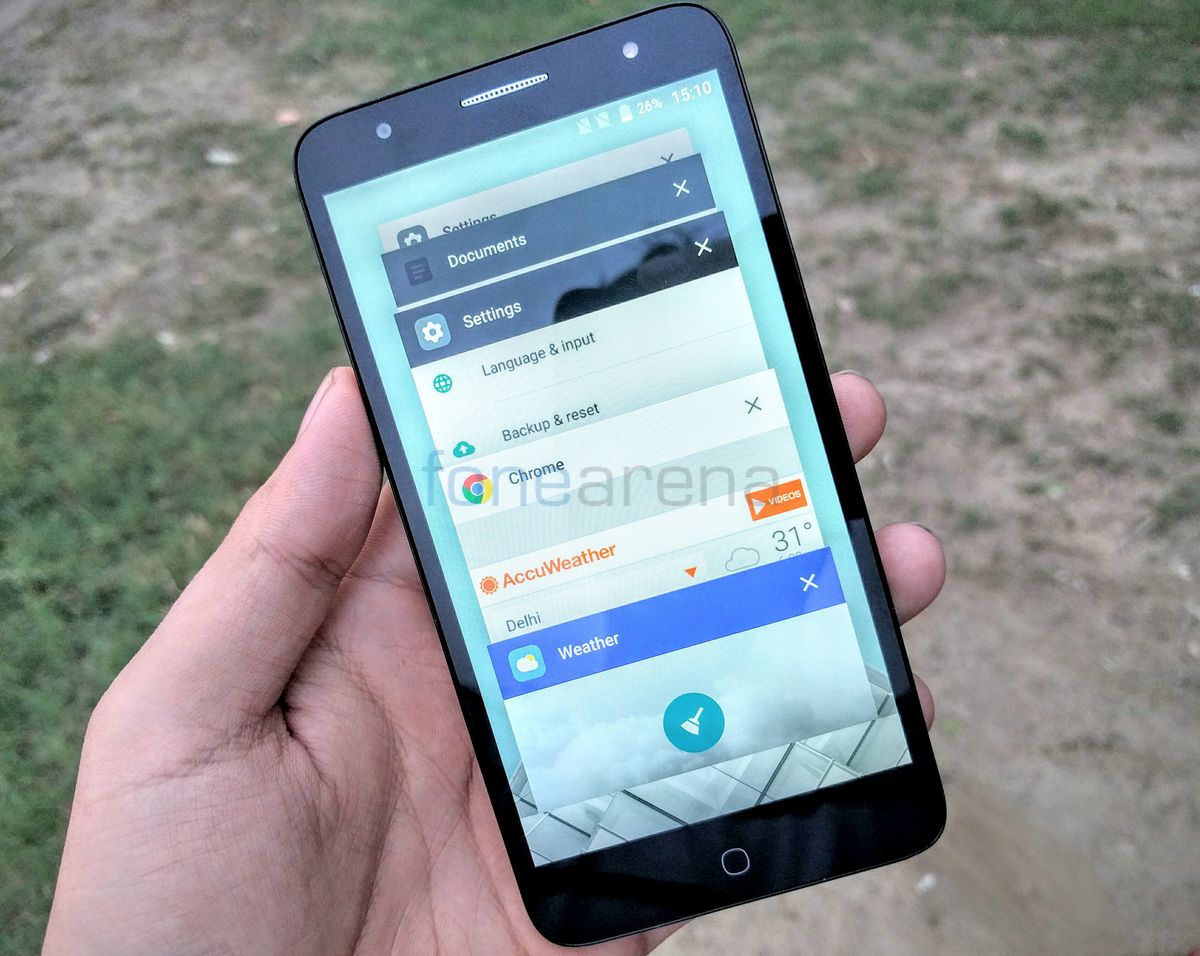 The internal storage is 16GB, but users will get about 11GB of free space.  Further it supports microSD card expandability up to 128GB. 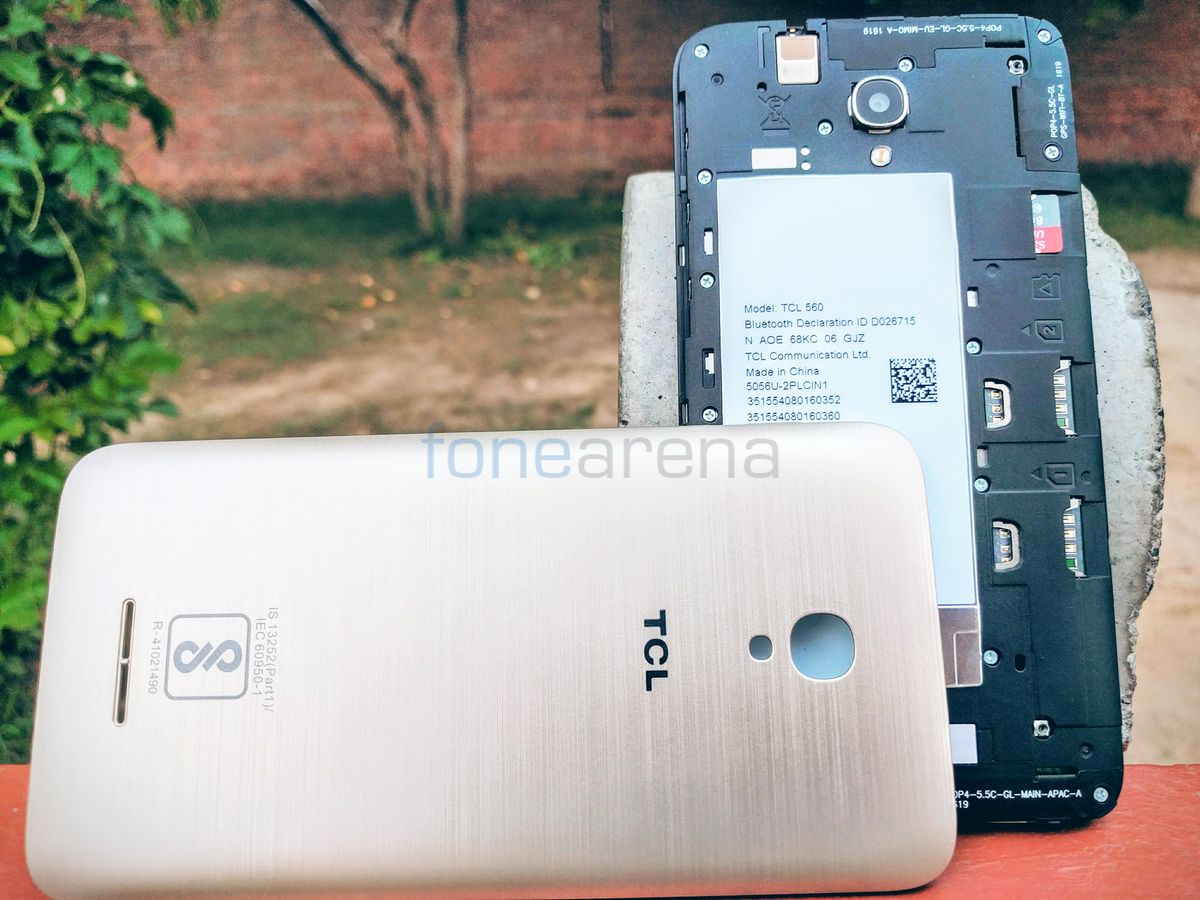 The TCL 560 is a dual-SIM (Micro-SIM + Micro-SIM) device, and supports micro-SD card as well. The handset is backed by a non-removable 2500mAh battery. Other connectivity options include 4G LTE, Wi-Fi, GPS/ A-GPS, FM radio and Bluetooth 4.1.