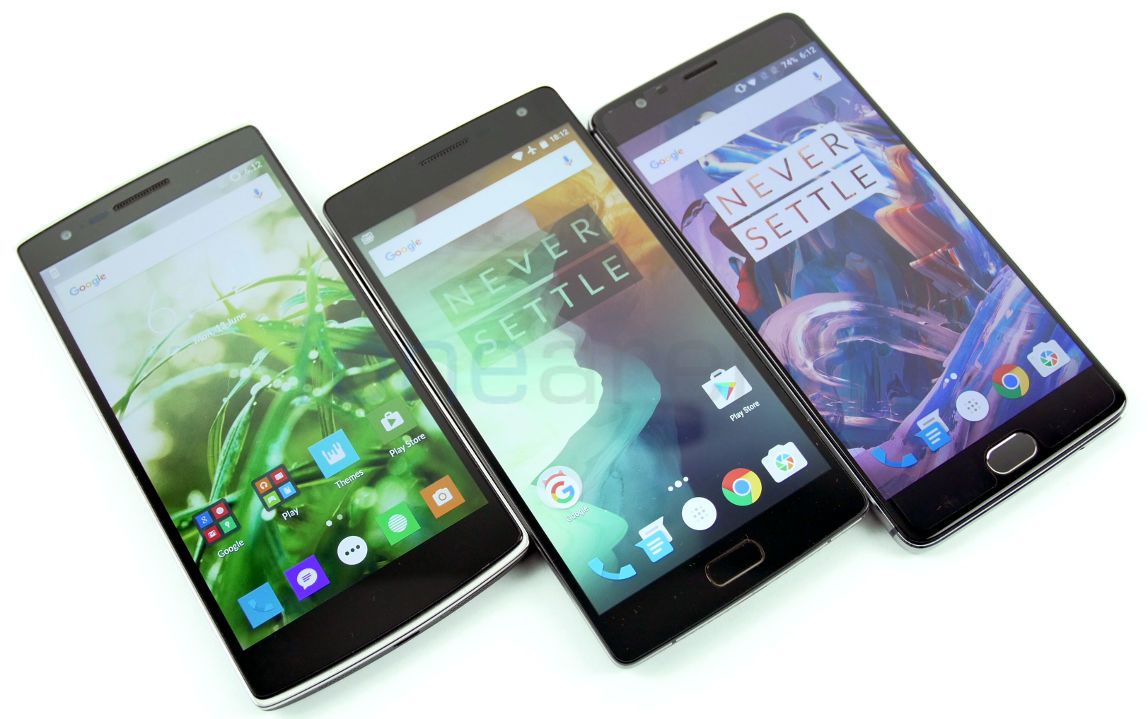 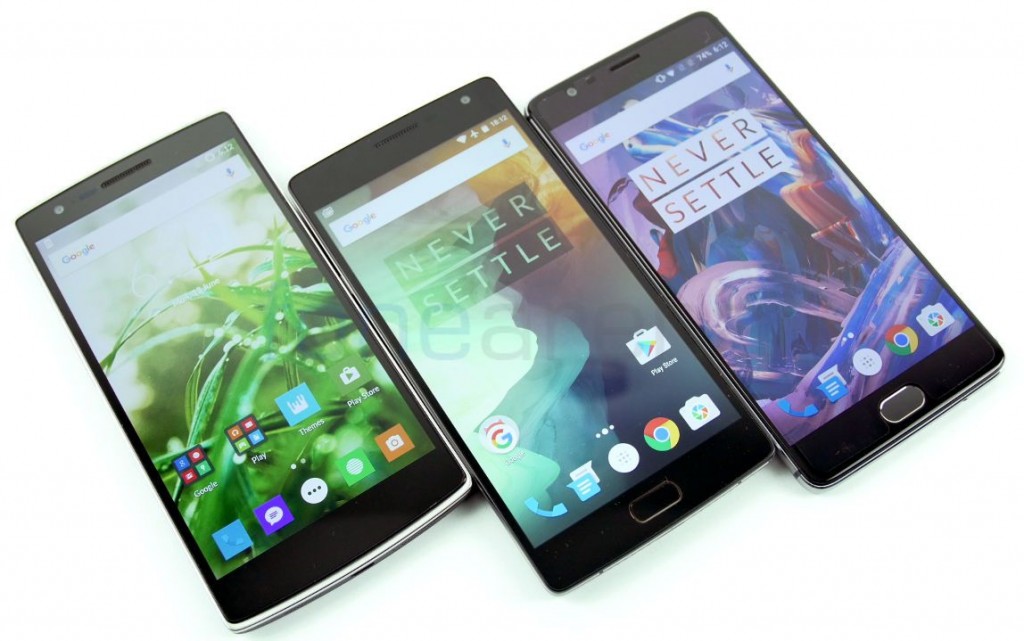 OnePlus just announced its new flagship OnePlus 3. The Chinese smartphone company was founded on 16th December 2013, and it first launched the OnePlus One in April 2014. Since then the company has come a long way and it has launched four smartphones including three flagship smartphones. Here are some details as to what’s different in the three generations of OnePlus flagships.

First up, the design of OnePlus 3 is completely different from the OnePlus 2 and the OnePlus One. The signature sandstone back is gone this time around, and as for the build quality of these smartphones, OnePlus has gone from all plastic to all metal in three upgrades. 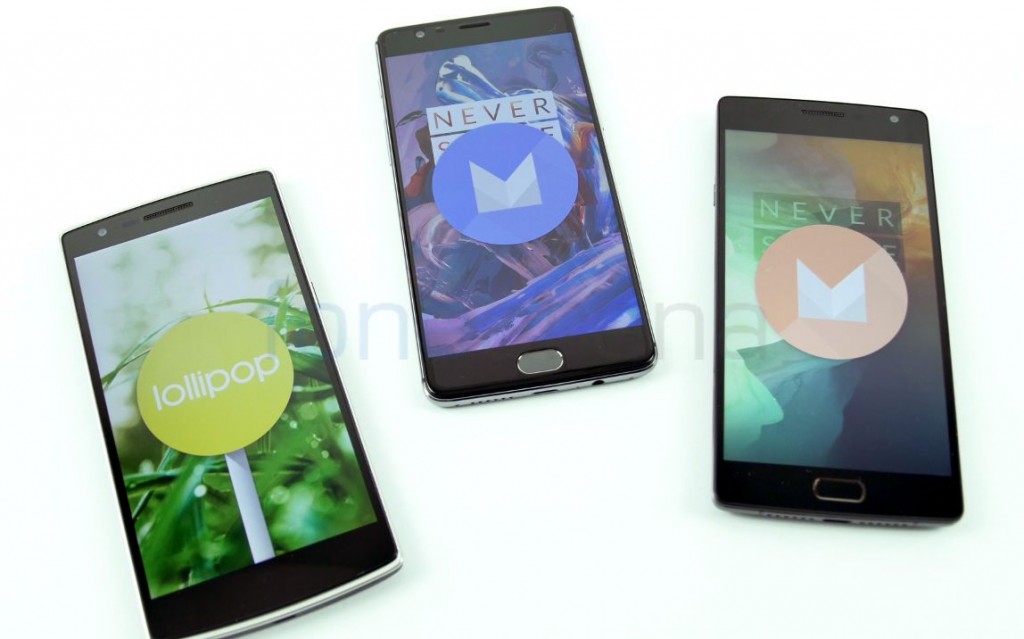 Now coming to the display, the OnePlus 3 has a similar 5.5-inch full-HD (1080×1920 pixels) display as it had in the previous two generations, except the latest one is an AMOLED panel with 2.5D curved Gorilla Glass 4 protection on top and the screen-to-body ratio differs slightly.

The OnePlus 3 also has a fingerprint sensor that sits below the display, just like the OnePlus 2. 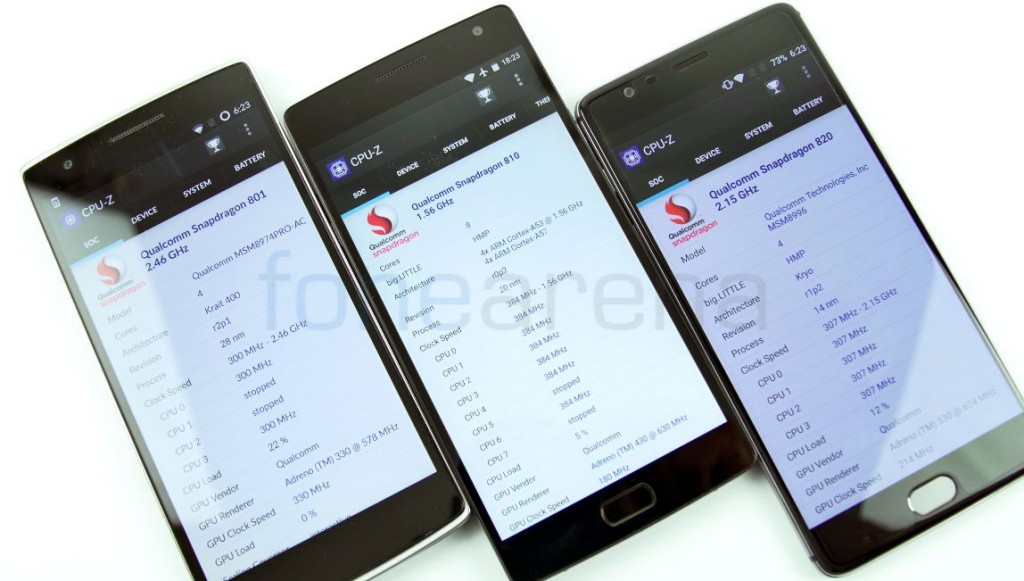 For the processor, OnePlus 3 boasts of a best-in-class Qualcomm Snapdragon 820 SoC and this has been the case with every OnePlus flagship smartphone till date. Previously, OnePlus One or OnePlus 2 also had the best processors from their time – Snapdragon 801 and Snapdragon 810 respectively. Unfortunately, OnePlus 2 saw a lot of backlash because the heating issue of Snapdragon 810, but a lot has changed for the company since then. 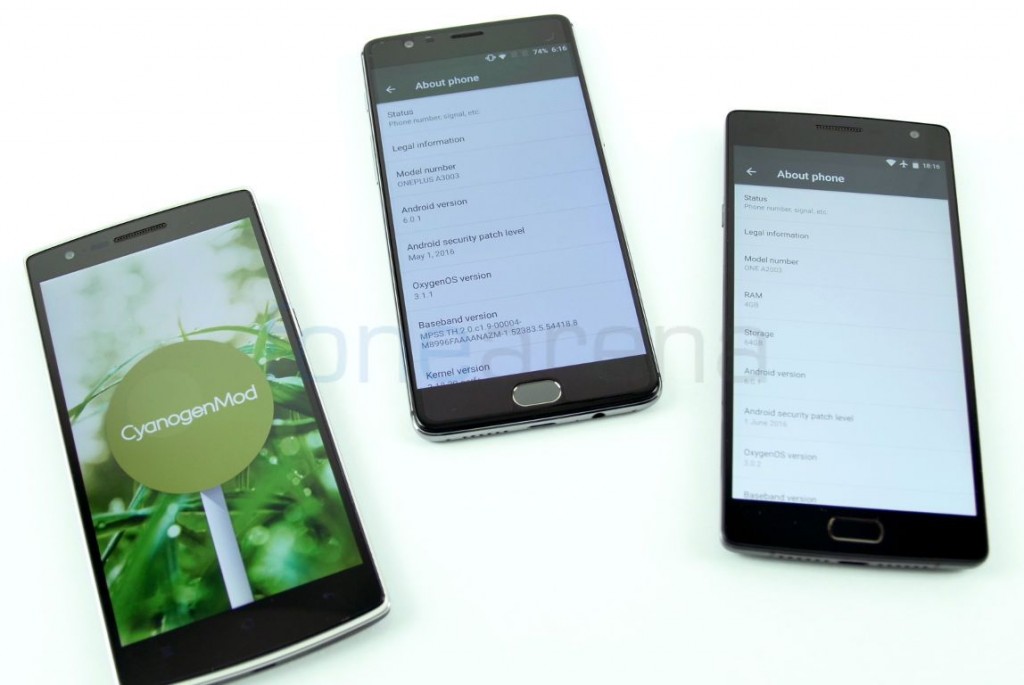 OnePlue One runs Cyanogen OS, but both the OnePlus 2 and the OnePlus 2 run Oxygen OS. The RAM and the onboard storage combination for the OnePlus 3 includes 6GB LPDDR4 RAM with 64GB internal storage. Previously, OnePlus One had 3GB with 16GB / 64GB and OnePlus 2 had 3GB RAM for 16GB variant and 4GB RAM for 64GB variant. 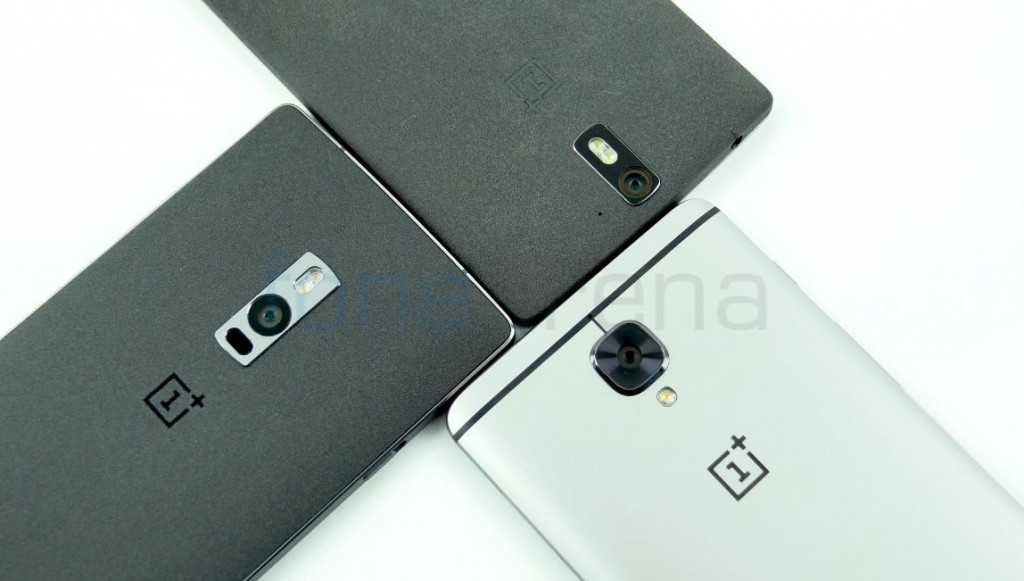 The latest camera set on OnePlus 3 is 16-megapixel and 8-megapixel. The rear 16-megapixel shooter uses Sony IMX298 sensor and laser autofocus. It can record 4K at 30fps and 720p slow motion at 120fps. Just to compare it with previous OnePlus smartphones on papers, this seems a logical improvement to survive competition. OnePlus 2 and OnePlus One had similar spec’d 13-megapixel shooter, but with laser autofocus and better pixel size in OnePlus 2. 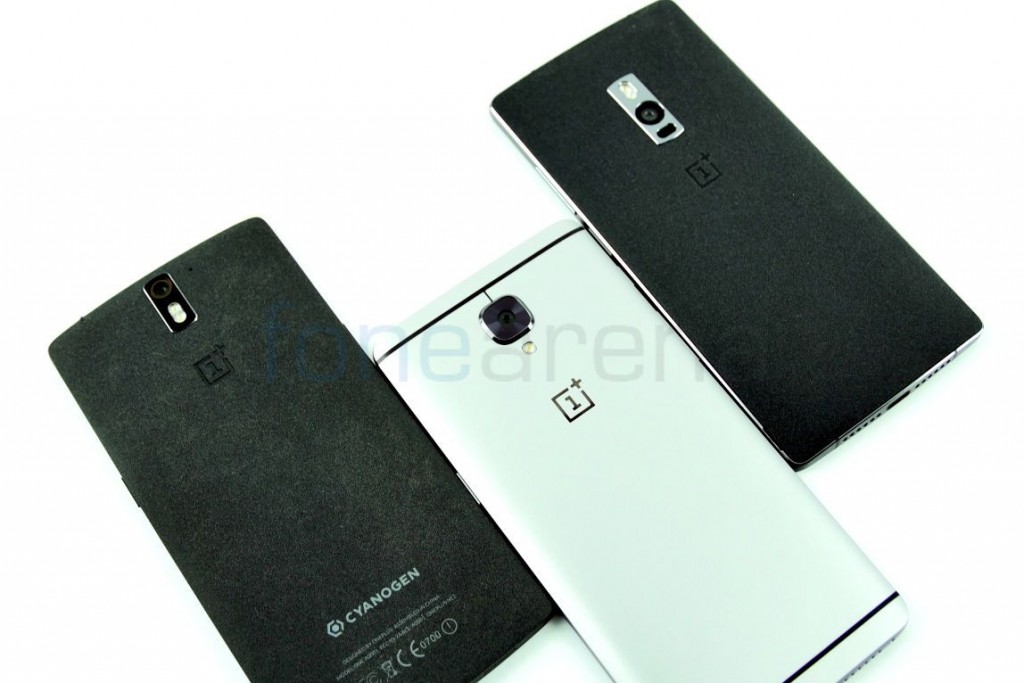 The battery capacity on OnePlus 3 has a 3000mAh, which is less compared to the 3300mAh battery on the OnePlus 2 . Even the OnePlus One had decent 3100mAh battery in its time. But this has a new Dash Charge technology that can charge the phone up to 60% in just 30 minutes with the 5V-4A charger.