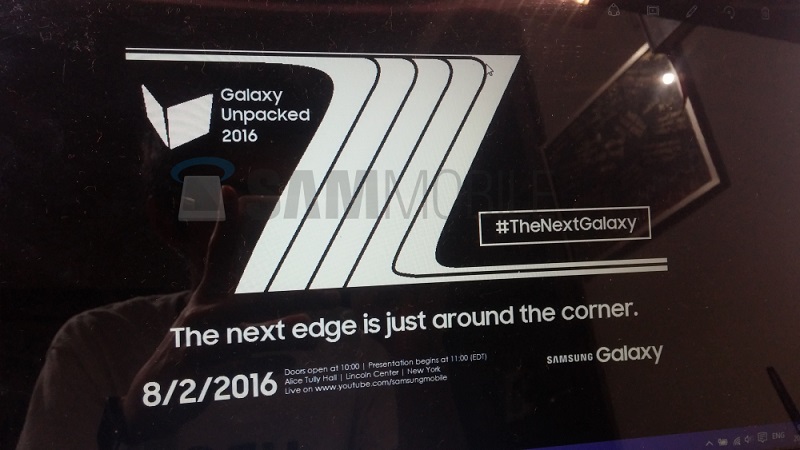 Just yesterday, a teaser image hinted at dual edge display for the Samsung Galaxy Note 7. Now another image has surfaced which hints at official announcement date of the next flagship from Samsung.

The leaked image of  the Galaxy Unpacked event 2016 invite suggests that Galaxy Note 7 and Note 7 edge will be announced on August 2, 2016. In addition, the invite has a graphic image which depicts the number “7” and it also has a tagline below that reads “The next edge is just around the corner”.

Samsung is tipped to release an edge variant of the Note 7 as per earlier rumors. The company has decided to go directly with Note 7 this year in order to bring the device in current Galaxy S7 and S7 edge smartphone in terms of branding

According to earlier reports, the next Note device is expected to come with a 5.8-inch QHD curved display, 6GB RAM, 4000mAh battery and USB Type C. It could sport 12-megapixel Dual Pixel cameraused in the Galaxy S7 and S7 edge smartphones with IR autofocus. The phone is expected to feature an iris scanner.