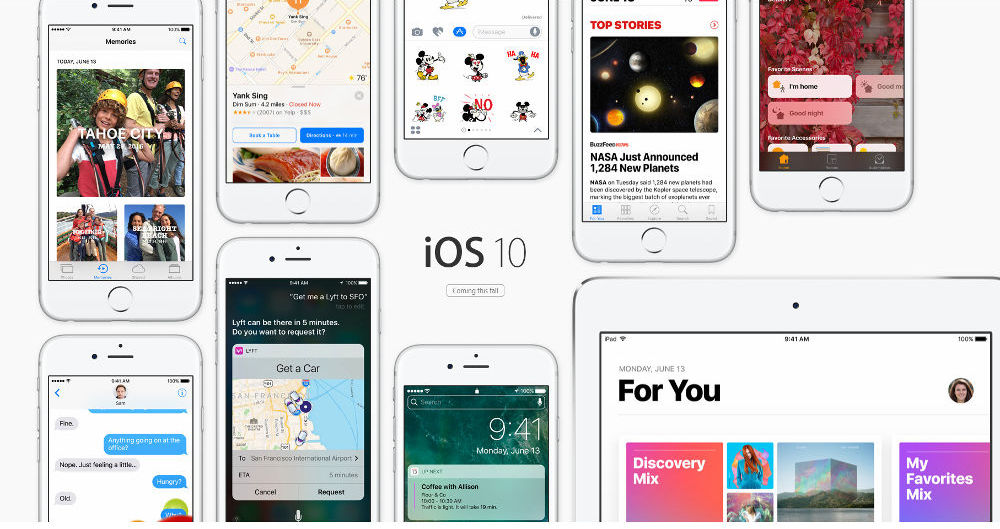 Apple has announced iOS 10, the next major software update for the iPhone and iPad at the WWDC 2016. This is the biggest release ever, bringing animations, stickers and more to Messages, ability for Siri to do more by working with apps, redesigned Maps, Photos, Apple Music and News apps, and the Home app that lets you manage home automation products in one place.