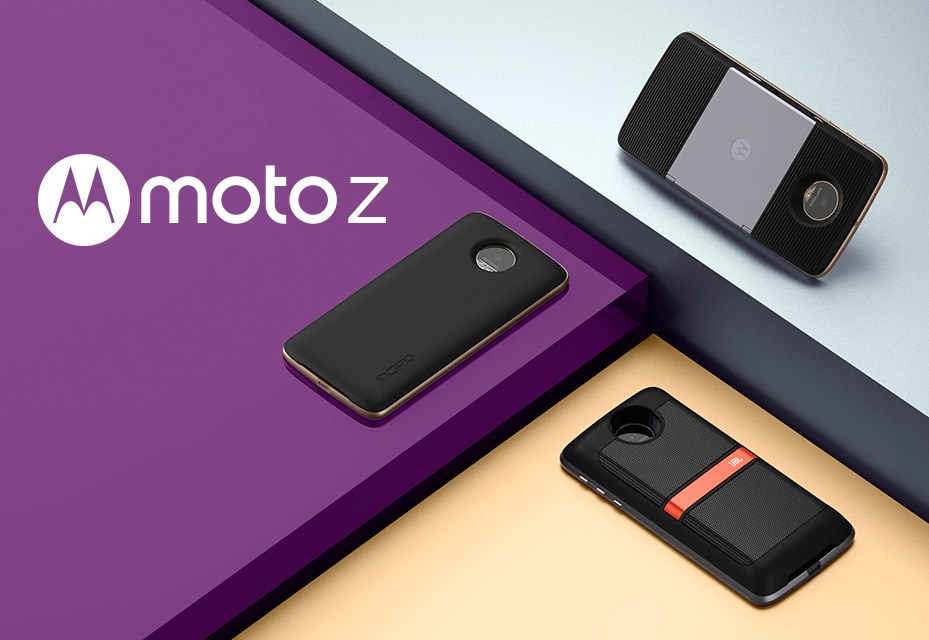 Lenovo just announced the new Moto collection at the Tech World 2016 conference in San Francisco. The Moto Z is seen as the flagship successor to the Moto X, however the company dropped the ‘X’ naming for the ‘Z’ and that’s what was a hint from the retro RAZR advertisement couple of weeks back.

The Moto Z comes with a 5.5-inch Quad HD AMOLED display and below it sits a fingerprint scanner just like the Moto G4 Plus. The handset is incredibly thin at 5.2mm with all metal body. Inside it houses the latest quad-core 2.2GHz Qualcomm Snapdragon 820 processor coupled with 4GB of RAM and 32GB or 64GB of internal storage. There’s a microSD card slot for expandability up to additional 2TB. 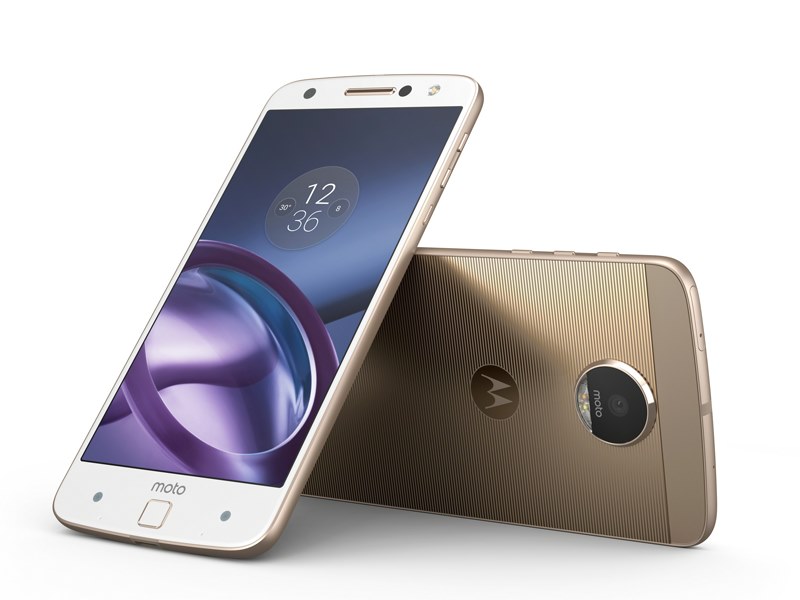 The Moto Z has a 13MP rear camera with optical image stabilization (OIS) and laser autofocus, along with a front-facing 5MP camera with wide-angle lens, and an LED front flash. The handset is “water-repellant”, so it can handle splashes or rain, Lenovo claims.
Lenovo has also unveiled the modular accessories Moto Mods for the Moto Z and Moto Z Force, which are like snap-on’s that get attached to 12 “magical-pins” located at the bottom back of the smartphone. These Moto Mods include a Moto Insta-Share Projector, JBL SoundBoost, Moto Shells, and instant Power Pack.

The Moto Insta-Share Projector can turn your phone into a 70-inch projector, which can project at your wall or ceiling with 90 degree projection angle. The JBL SoundBoost and Power Pack as the name suggests can boost audio and increse up to 22 hours of battery, respectively. The swapable Moto Style Shells use premium materials like real wood, leather, or patterned fabric.

We’ve made the connection process super-simple too. High-powered magnets connect Moto Mods to your phone so you can easily snap them together as your needs change. And since function never goes out of style, rest assured that the Moto Mods developed today are designed to work with future generations of Moto Z phones.

The Moto Z will be made available in September along with Moto Z Force and Moto Mods accessories, but there is no word on pricing. In the United States, both phones will come on Verizon as Moto Z Droid, Moto Z Force Droid in September too.