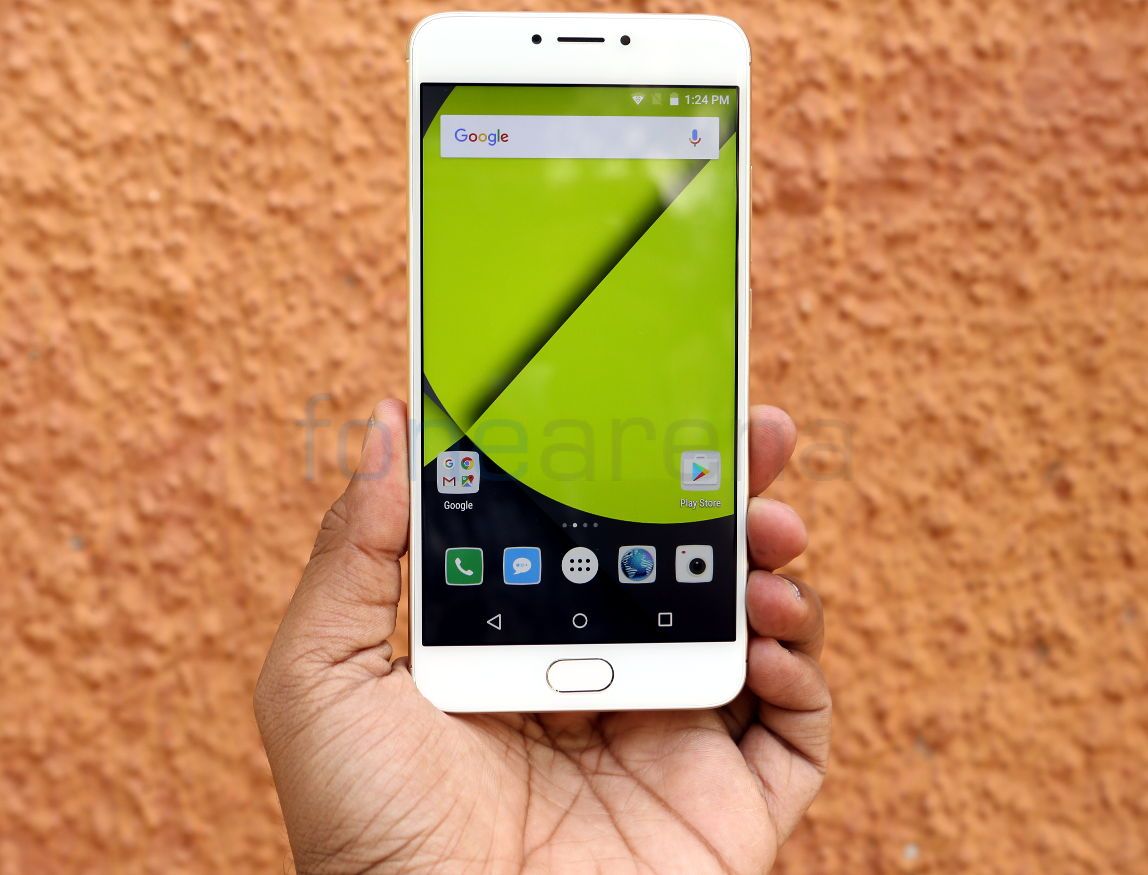 A lot has been written about Micromax, Yu and it’s ilk to document their rise to success in a market that has seen industry stalwarts die out. Launched as an aspirational brand that caters to the technology savvy demographic, Yu has seen a massive uptake. The company has dabbled in everything from playing the pricing game to courting the popular Cyanogen Mod Android ROM as it’s operating system of choice. With the Yu Yunicorn, the fledgling brand is launching a full-frontal assault on the competition across price segments. But does it hit the right notes? We find out in our review.

With a full metal clad design, the Yu Yunicorn stands out from the rest of the devices in the line up. The phone errs on the bulky side with a volume that stands out marginally larger than other devices with similar sized displays. The dimensions which measure 75.4×153.3×8.5 mm specifically point out to the phone being a bit chubby to accommodate the 172 grams weight. 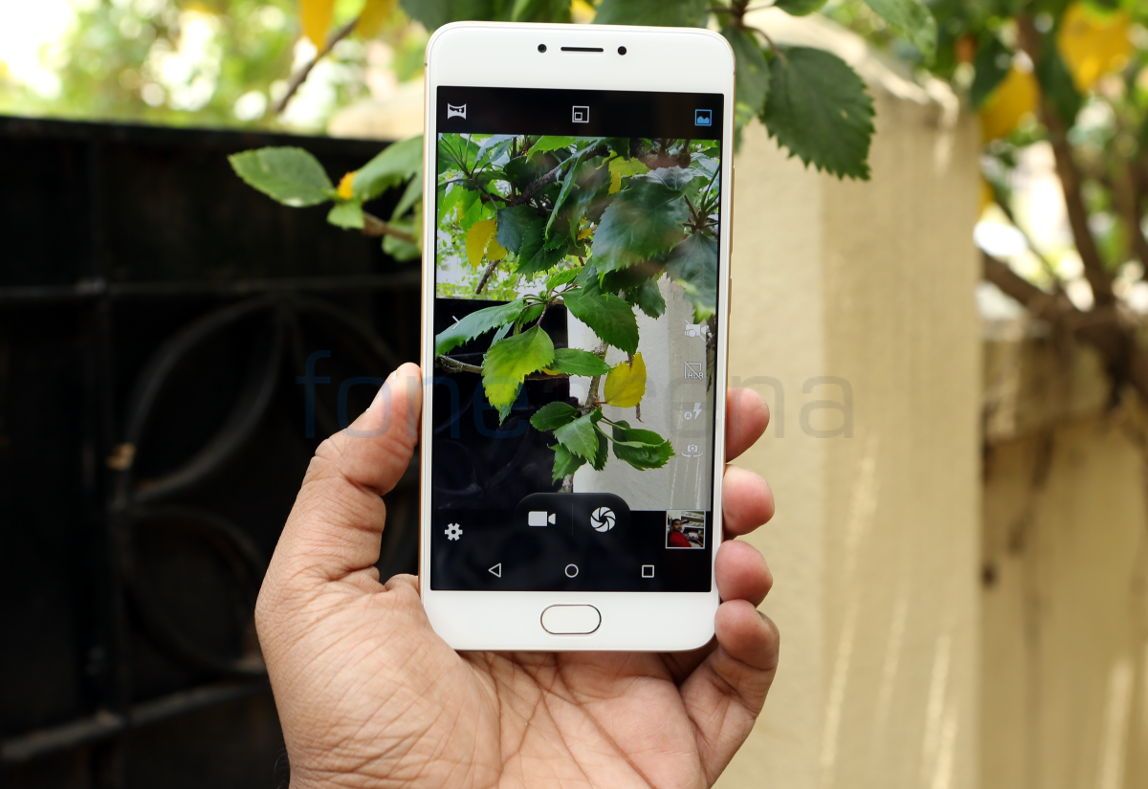 Up front is a now par for the course, 5.5 inch Full HD display. There’s a not so insignificant bezel running around the screen with the proximity sensor and front facing camera placed up above. Below the display is the home button that doubles up as a fingerprint scanner, a first for Yu. The sensor proved to be extremely sensitive and we had no trouble unlocking the device simply by placing our finger on the button. While it is hard to put a figure to it, it definitely feels like one of the fastest in its category.

Switch over to the right and you’ll get access to both the power button and the volume rocker above it. Decent tactile feedback on both of these. The left side is bereft of buttons. The microUSB slot as well as speakers are placed on the lower ridge of the Yu Yunicorn while the headphone jack goes at the top. 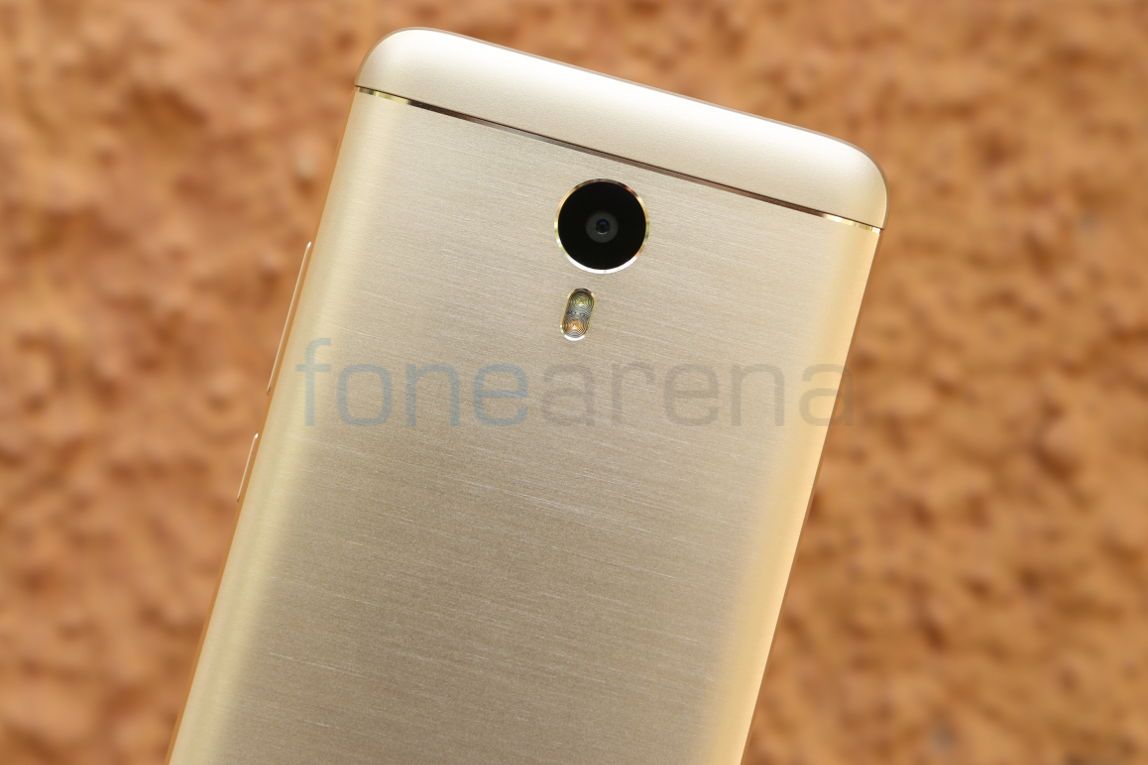 Flip the handset over and you’ll notice a device that takes remarkable inspiration from many contemporaries but more specifically, HTC’s phones. The brushed metal back feels rather amazing in the hand and should look good in all three color variants (Silver, Gold and Graphite) that Yu has planned out. The weight is well distributed and the back tapers at the perfect angle ensuring that it is a snug fit both in your hand and pocket. A camera module and dual LED flash are more or less the only embellishments you’ll find on the rear of the Yunicorn. The design is simple, understated yet premium looking.

A while back, Cyanogen Mod and Yu had made quite a splash with their announcement of an exclusivity agreement. In a session with Rahul Sharma from Yu, we learned that the consumer feedback to this was rather tepid. With the Yunicorn, Yu has gone back to their own build of Android. The Android 5.1 based ROM on the Yunicorn is delightfully spartan and clear of practically any bloatware at all.

Unlocking the lockscreen via a swipe or your fingerprint drops you into the home screen where you can place all your app icons and widgets. Tapping a button on the screen drops you into the app drawer itself where you can find the full list of apps installed on the device. With an increasing number of device ditching the app drawer to copy the iPhone model, it is almost refreshing to see a fairly stock Android build here.

Software additions are mostly in the form of the Around Yu service. Now, we’re usually vary of any service oriented tie ups bundled with phones and more so when they become a part of the interface but in a surprising turn of affairs, the Around Yu service genuinely grew on us during our testing. A swipe to the right from the home page brings you to the Around Yu screen which is essentially a quick way to do tasks like finding restaurants, booking a cab or recharging your phone from a single screen itself. The brand has tied up with prominent partners like Zomato, Ixigo and more to facilitate this and for once, we found a pre-bundled service to be not just usable but perhaps even enjoyable. Yu has also promised a fresh software update coming up over the next few weeks which will bump up the operating system to Android 6.0 Marshmallow while bringing new additions to Around Yu. Most exciting here is the ability to call a doctor right from the homescreen itself. We’ll be sure to update this section once we’ve got a chance to try out the service though.

Performance
The Yu Yunicorn ships with an Octa Core MediaTek MT6755 processor onboard and is the company’s first handset with 4GB of RAM. Popularly known as the Helio P10, the chipset is clocked at 1.8Ghz and is generally powerful enough for anything you might want to do with your phone. Performance on the handset was on point with the rare skips or jump in graphic intensive games being the sole peeve. The 4GB of RAM also facilitates extended multitasking. For the most part, the Yu Yunicorn is completely satisfactory from a performance perspective considering that everything works fine and there were no major issues. We’ve included some synthetic benchmarks below that will give you an idea of comparative performance as well. 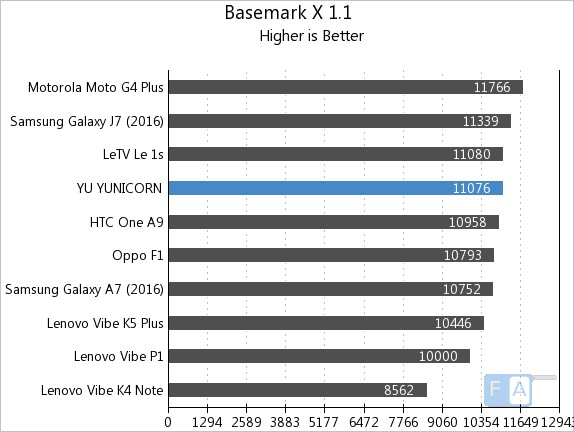 In the Basemark X 1.1 benchmark, the phone scores 11076 points placing it in the fourth spot in our test bench where it handily outpaces competitors like the HTC One A9 and the Lenovo K4 Note.

Display
The screen on the phone is a 5.5 inch Full HD 2.5D curved glass display with a 1000:1 contrast ratio and 450 cd/m2 brightness. Jargon aside, the one thing that stood out for us was that the display went really bright. Outdoor visibility will certainly not be an issue here. Same goes for viewing angles which were sufficiently wide enough without significant deterioration in the experience. 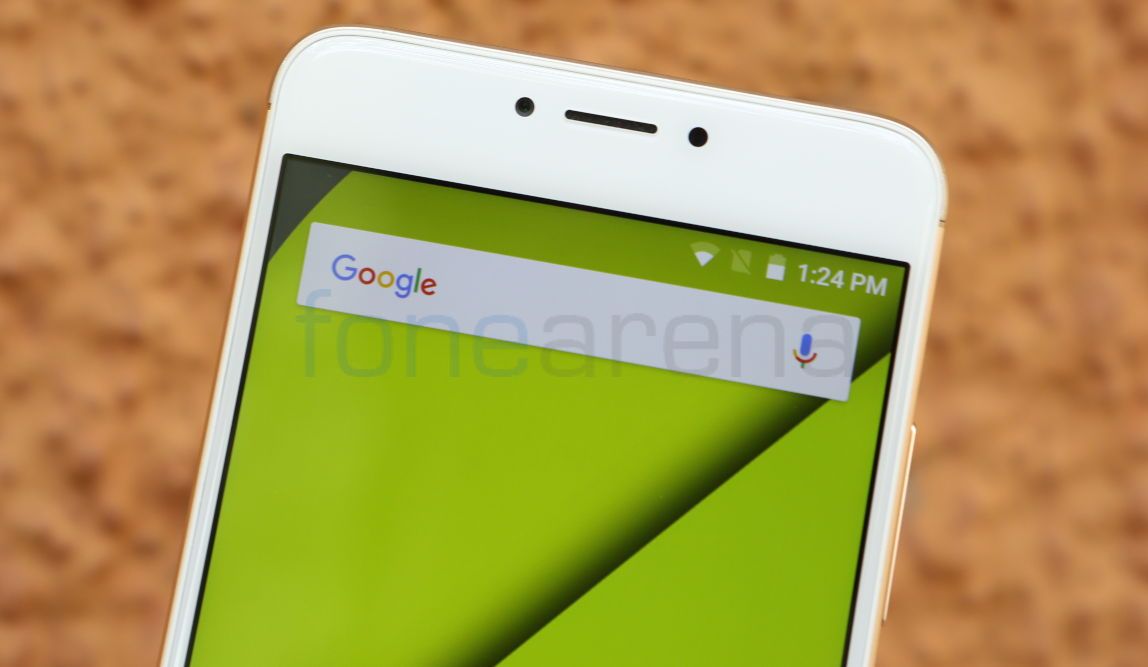 A concern of ours was that the screen has been tuned to a cooler shade than what we prefer. Then again, this is a very subjective area and you might even find it appealing. The phone allows for extensive tweaking to the display so even if the default calibration isn’t to your liking, you can easily change it to suit your tastes.

Camera
Is this the best camera so far in a Yu device? Most definitely. Is this the best camera in it’s category? It certainly has the potential to be. The camera on the Yu Yunicorn is good but not quite perfect but from what we hear, the company is already working towards improving image quality through the upcoming software updates. There’s a 13MP sensor over at the back while a 5MP camera can be found up front. 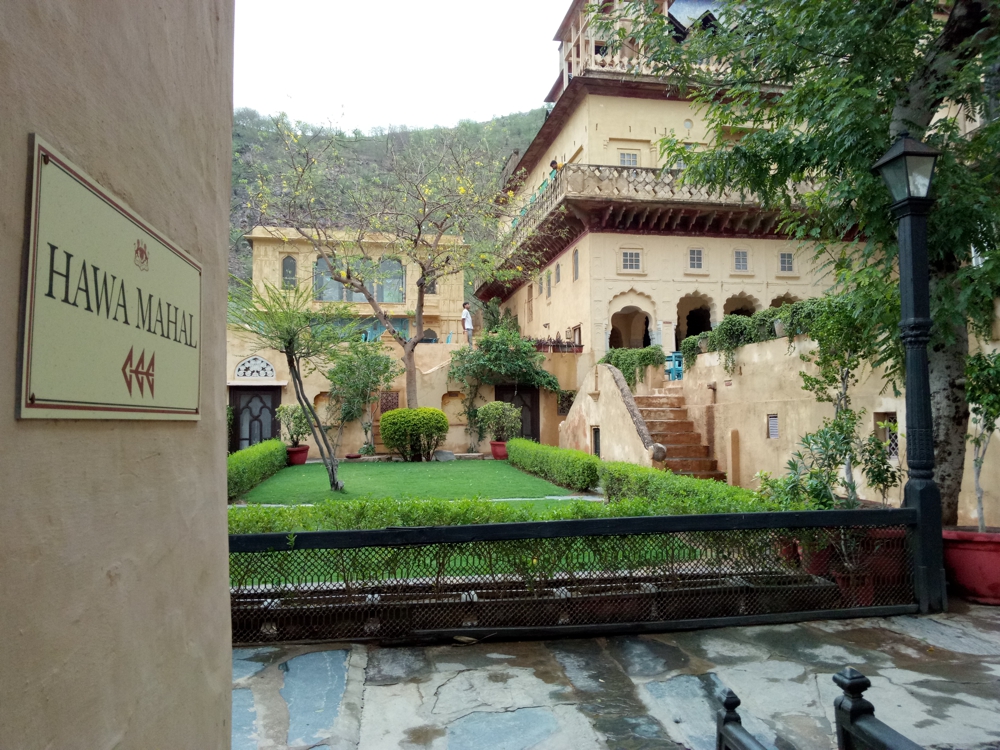 As long as there is a sufficient amount of lighting, the Yu Yunicorn takes photographs that are high on details, low on noise. The camera resolves details well and is comparable to any other high quality smartphone camera in it’s category. Dynamic range is decent and using the HDR mode obviously helps accentuate it further. You’ll have to stand perfectly still while shooting HDR images though since the phone does take a second or two to capture and process the high dynamic range images.

We found that the camera struggled a bit with low light shots. This is part and parcel of mid-range smartphones but our issue was that instead of bumping up the ISO, the camera would increase exposure times thereby resulting in blurry images. While neither of these is an ideal scenario, we’d have preferred getting a noisy but sharp image instead of a blur.

Communications & Battery Life
From a communications perspective, you get the usual suspects onboard the Yunicorn. These range from 4G LTE connectivity to WiFi b/g/n and Bluetooth 4.1. The phone ships with 32GB of storage of which around 25GB is available at first boot. The Yunicorn is a Dual SIM phone but the second SIM slot also doubles as a microSD card slot giving you the option to chose between more storage and a second SIM. The upcoming software update for the phone will bring a new application called MiMedia allowing you to backup all your images and videos to the cloud thereby freeing up more space on the phone. 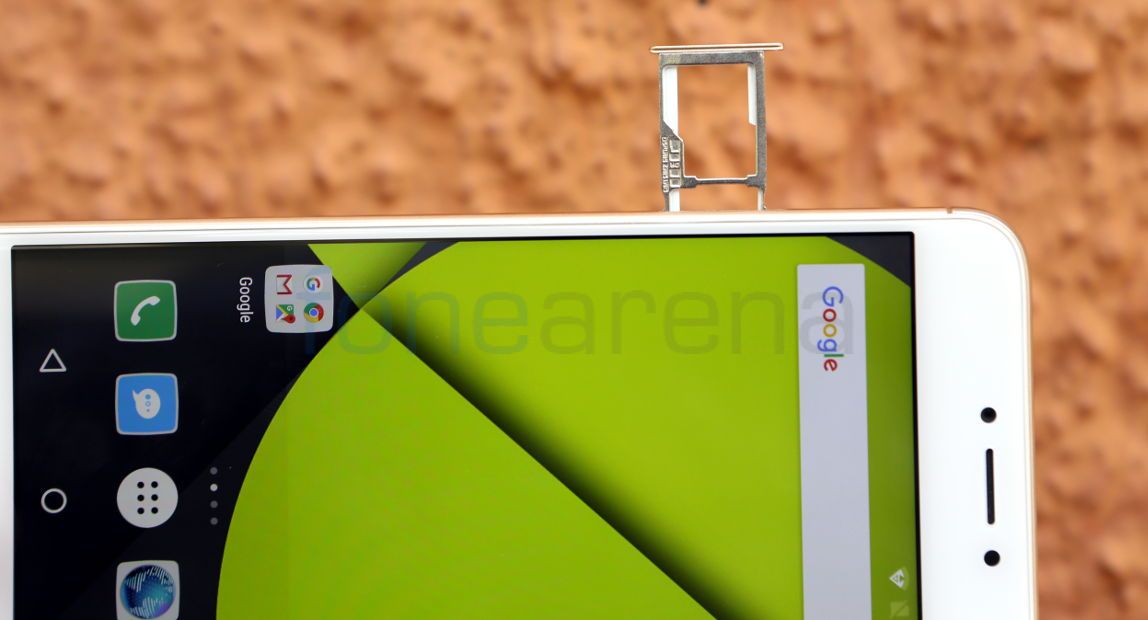 With a 4,000 mAh battery built into the device, the phone can easily last a full day of usage and more if you are a bit careful with usage. The large battery is part of the reason why the handset is on the chubbier side but we feel that this is an acceptable compromise to get longer usage times.

Conclusion
Priced at Rs. 12,999, the Yu Yunicorn really hits it out of the park from a price to performance ratio. The hardware is well built, performance is competitive and the camera too is more than acceptable. What really stands out for us however is the clean software build and the useful Around Yu additions. 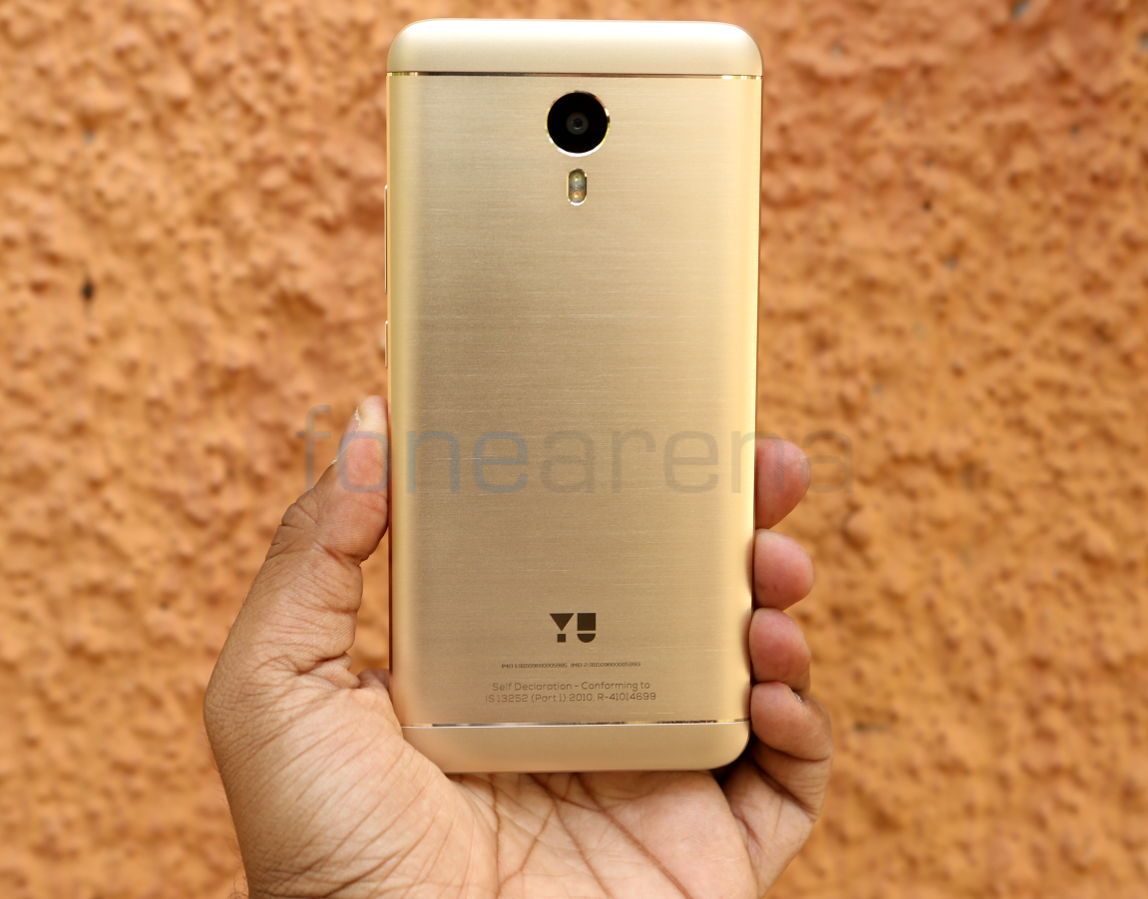 The phone is definitely worth your consideration if you’re in the market for a compelling smartphone at a sub Rs. 15,000 price point. The phone goes up for sale exclusively on Flipkart starting 7th June 2016.