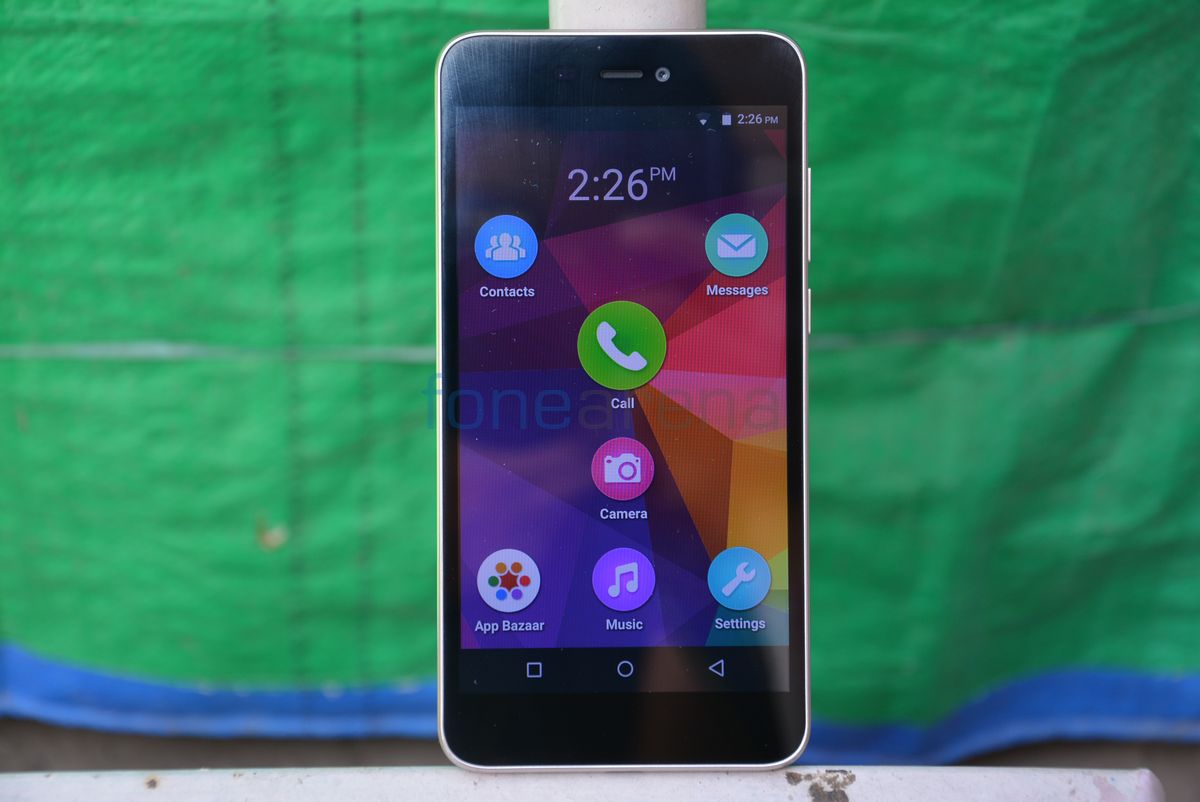 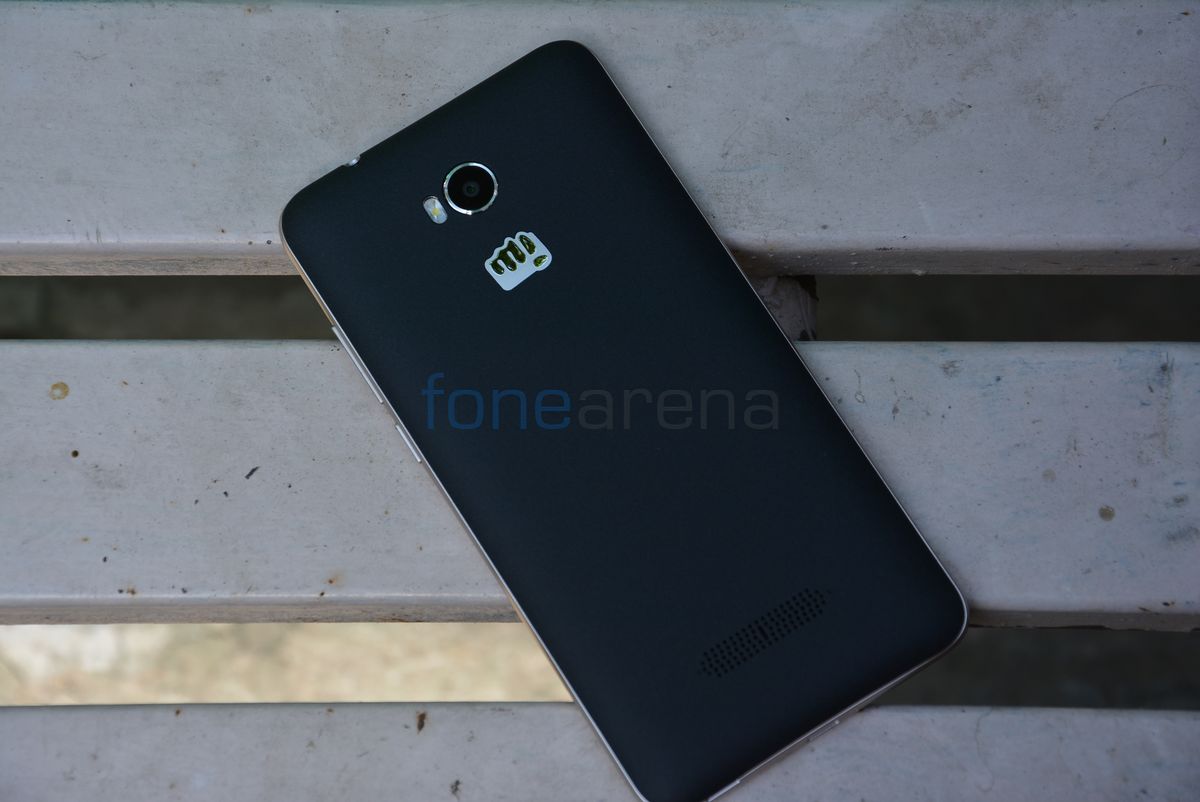 Micromax recently launched the successor of Canvas Spark 2 in India dubbed the Canvas Spark 3 Q385 for Rs. 4,999. The phone comes in a segment where you will mostly see local manufacturers competing against each other, and Micromax is targeting first time user with this new offering. But is it even worth a try, we find out in our review. 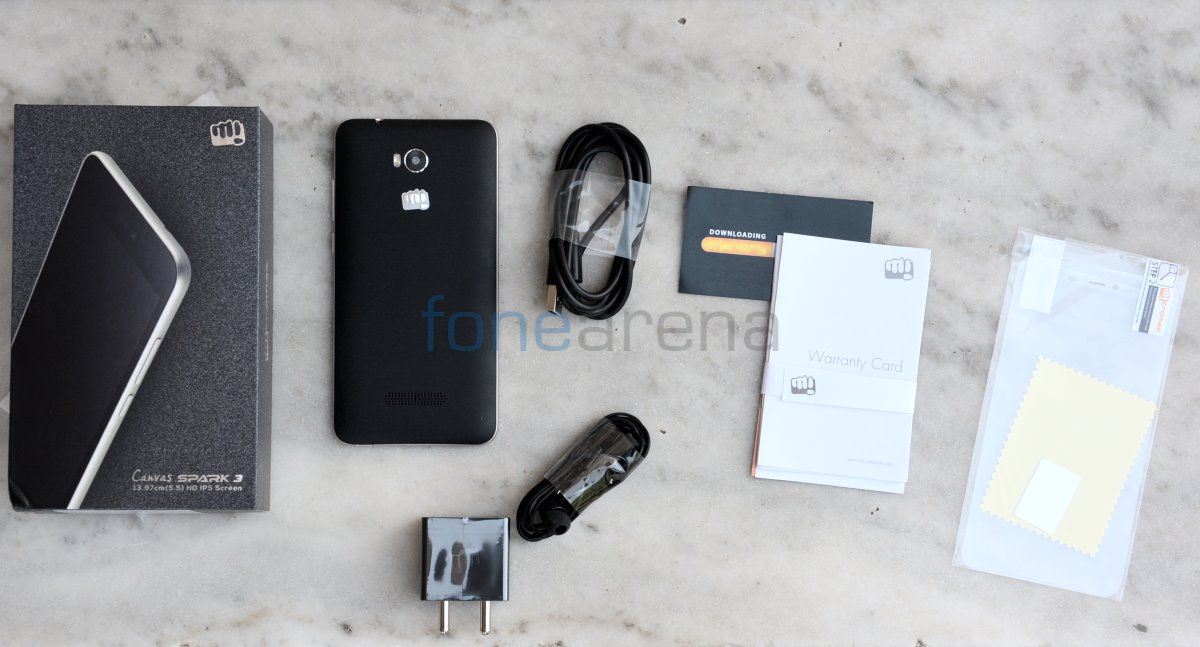 The Micromax Canvas Spark 3 boasts of a similar design as the original Canvas Spark Q380, but in a slightly taller body with a 5.5-inch panel, instead of a 5-inch. The phone is completely made of plastic.

The front looks elegant with black bezels all around. On the top of the display, there are a couple of sensors – ambient light and proximity sensor, followed by the earpiece grill and a 5-megapixel camera. There is no notification LED. The three touch buttons sit within the display. 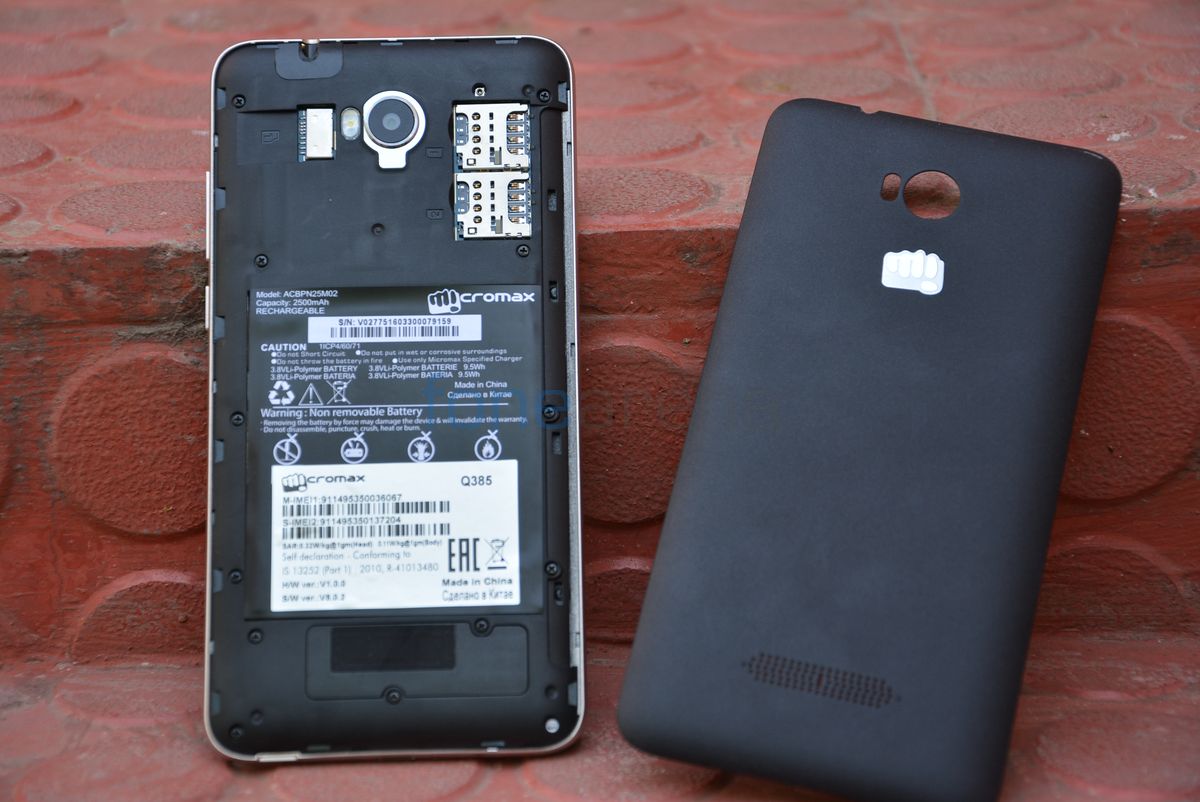 The back panel has soft matte finish and is removable. You’ll find two SIM cards (Micro + Micro) and a microSD card slot under the panel. 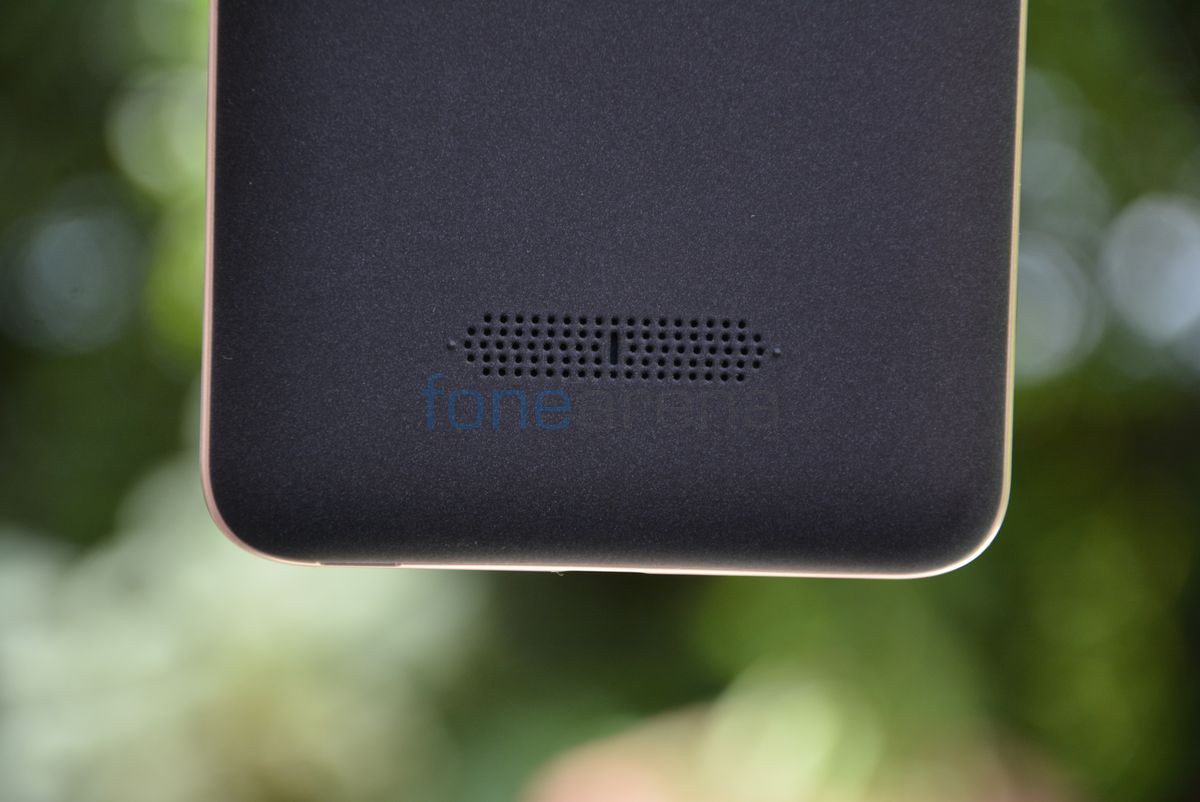 The loudspeaker grill is at the bottom. 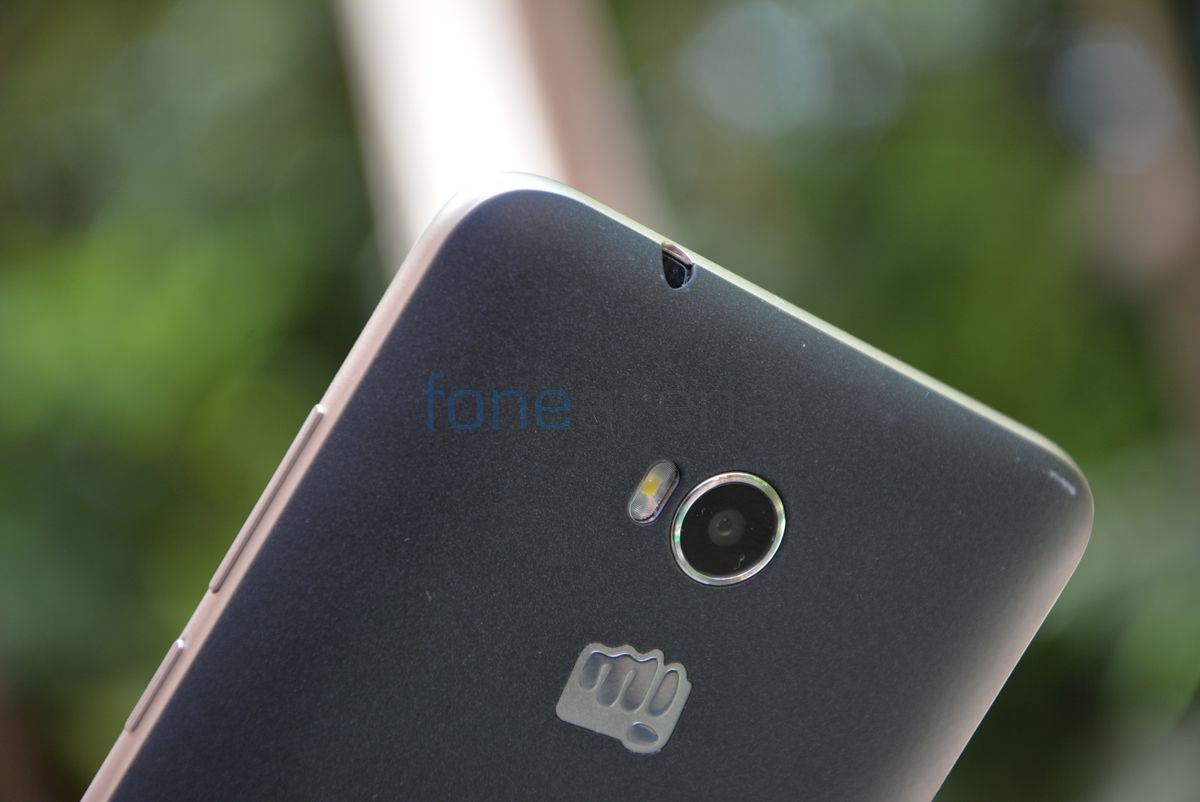 The top edge has got the 3.5mm audio jack, while the bottom edge has Micro-USB charging / data syncing port. The volume rocker and the power / lock keys are on the right and provides good tactile feedback. 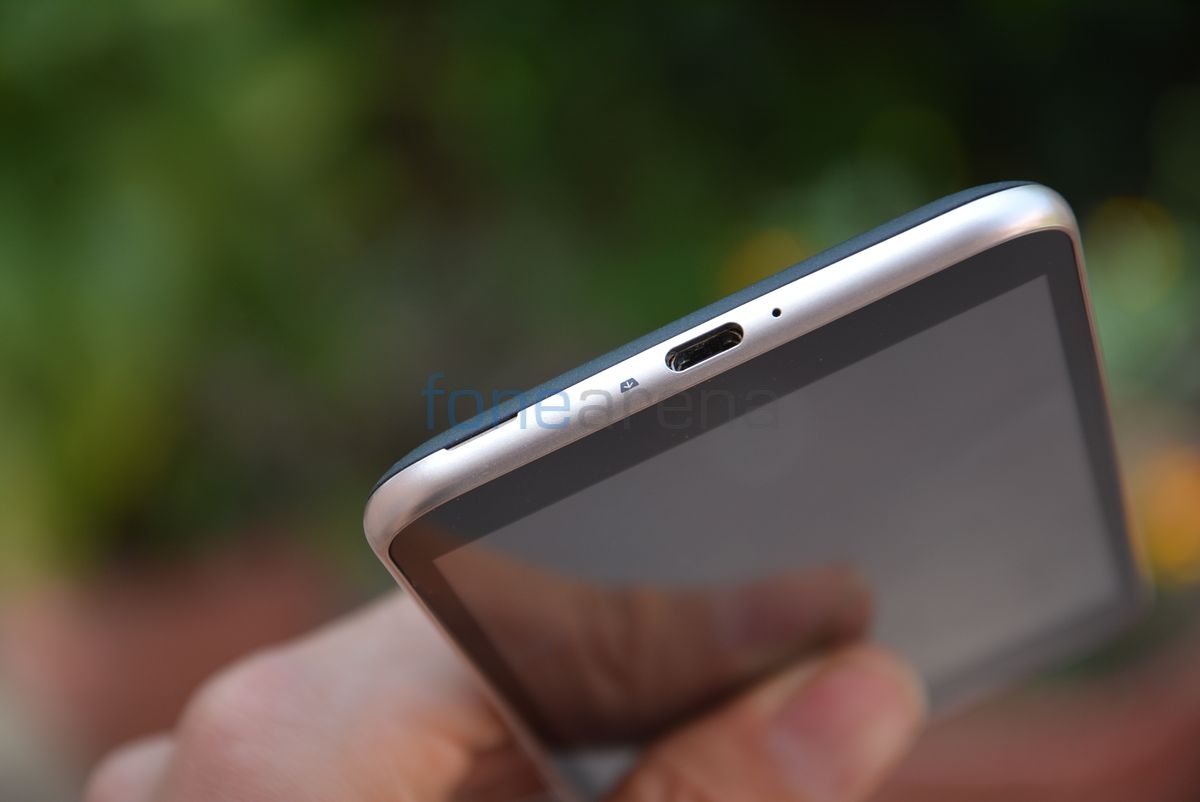 Overall, the design and build quality of Micromax Canvas Spark 3 is impressive for the price. The phone definitely looks premium.

The Micromax Canvas Spark 3 features a 5.5-inch HD (720×1280 pixels) IPS display, which is quite reflective and a fingerprint magnet.  The touch response on the Canvas Spark 3 is good and mostly accurate. The three touch buttons (Recent, Home and Back) are now within the display area unlike the original Canvas Spark. 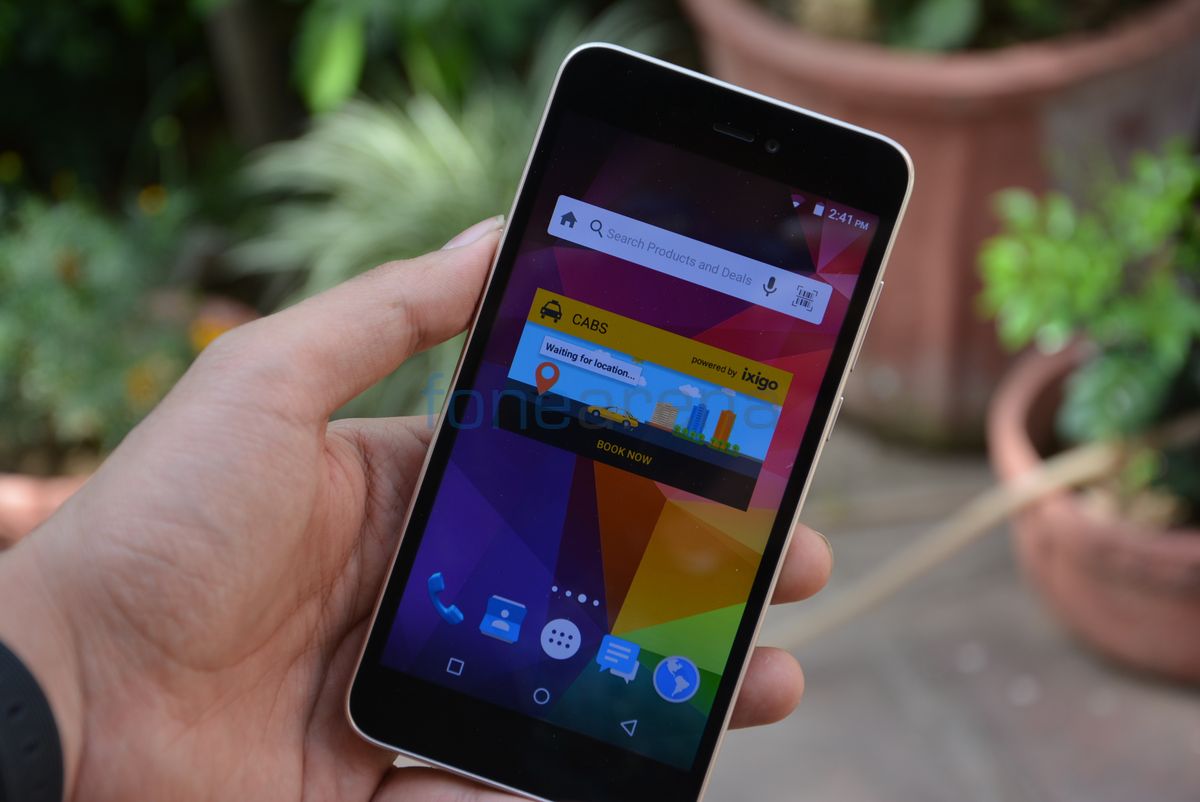 The brightness on the display is slightly low for outdoor sunlight usage, so you will find hard time viewing it under the direct sunlight. Furthermore, the display reproduces close to natural colours, but having said that it also has high blue tinge which is painful for the eyes.

The Canas Spark 3 packs a 32-bit 1.3GHz quad-core Spreadtrum SC7731 SoC with Mali-400 MP GPU and 1GB of RAM. It runs Android 5.1 Lollipop with slightly tweaked Micromax UI skinned on top, although it is mostly stock Android, but this has company’s ‘Indus Launcher’ by default which you can disable by going to Settings > Home. Once you select the Android ‘Launcher3’, then only you get the app drawer, otherwise the Indus Launcher keeps all the apps on homescreen. 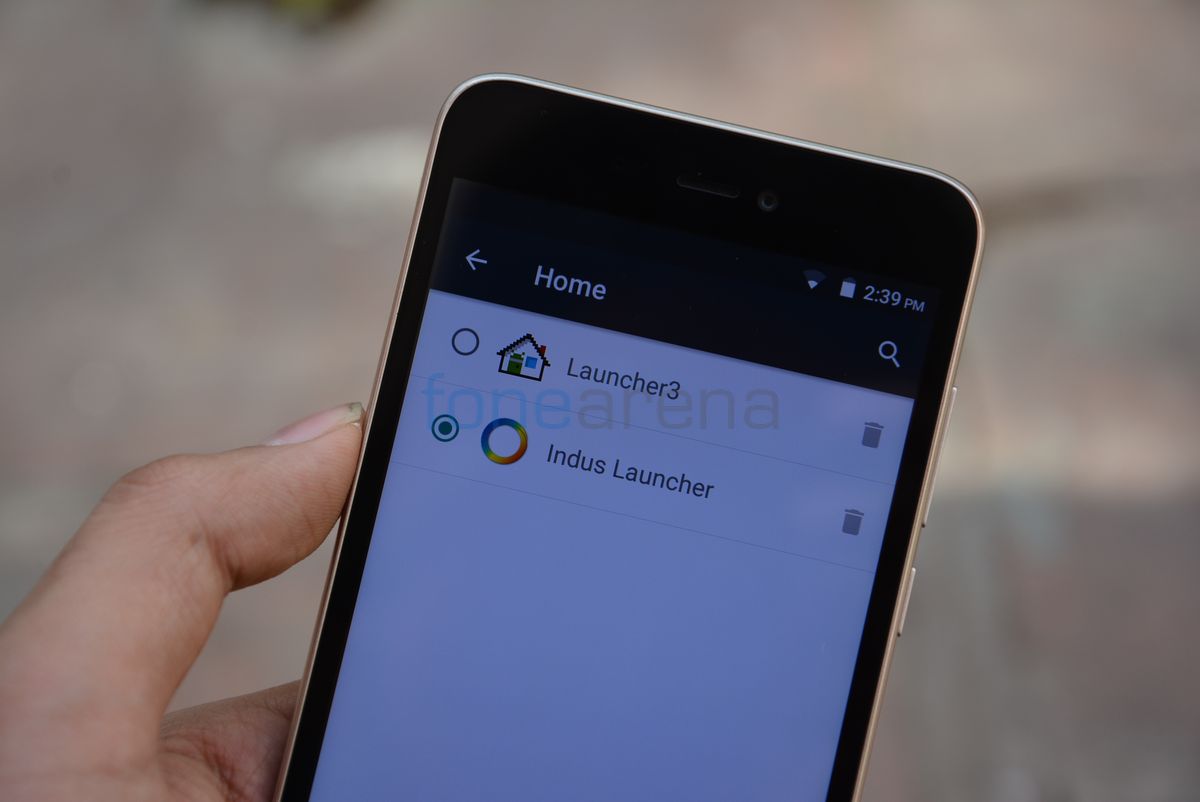 The phone’s internal storage is 8GB, but users get slightly over 4GB (4.46GB) of free space on the first boot and that is because of the excessive pre-installed applications. It also supports microSD card for expandability of storage to another 32GB. Users get an option to move apps from phone to microSD card, for that you can simply go to particular app in Settings>Apps. The phone does not support USB-OTG.

Coming to the gaming performance, the phone can only handle light games with almost negligible graphics, so don’t even try heavy games. But to be fair, you can’t ask much from a phone that is of this price. 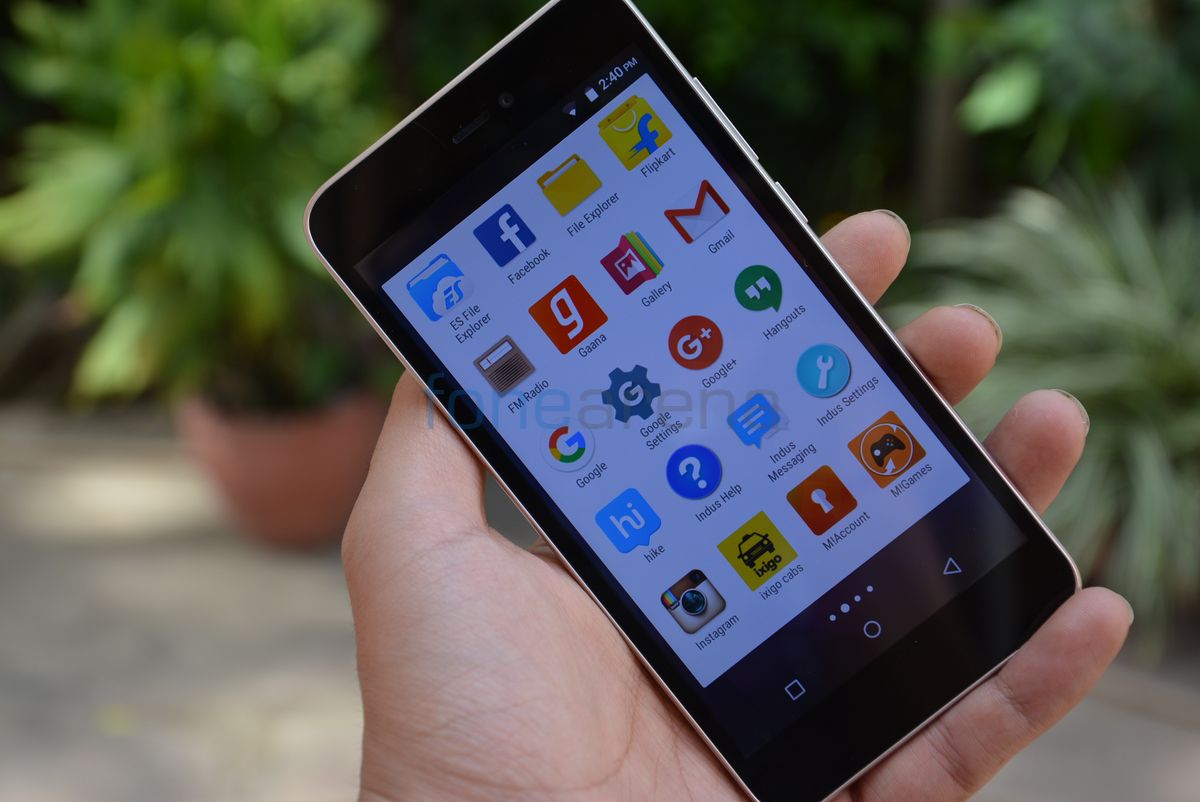 The speaker grill is at the bottom back panel and the audio output is loud enough for music / video playback. The output in headphones or via Aux is very low and the bundled headphones sound awful, moreover it’s of poor quality too. The only good thing is that it has FM radio.

Overall, the Micromax Canvas Spark 3 is nowhere close to being called an average performer. It lags prominently. The apps take ages to switch from one to another or even to open or shut completely. 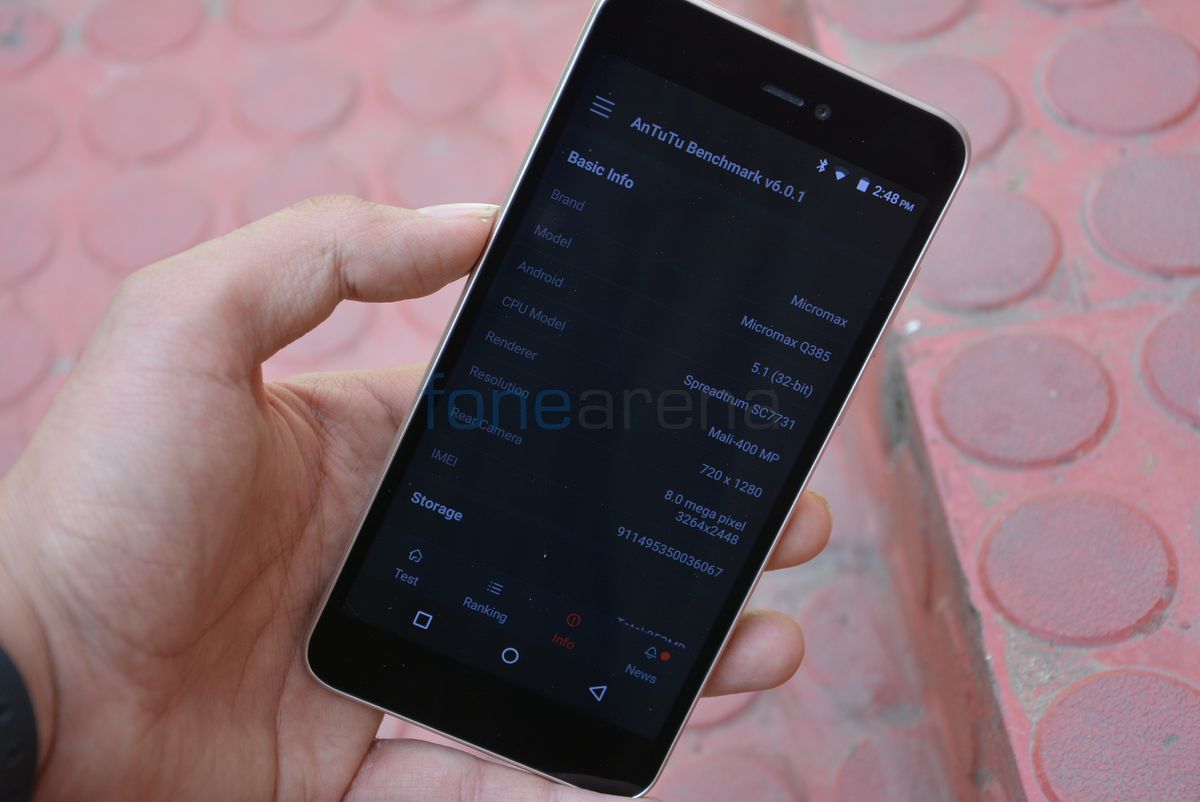 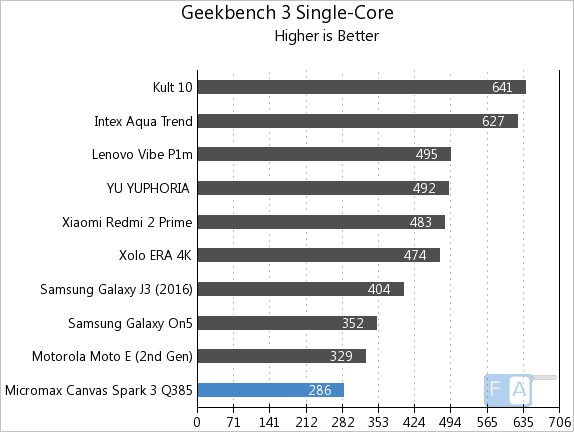 It managed to score 286 points in the Geekbench 3 Single-Core benchmark. 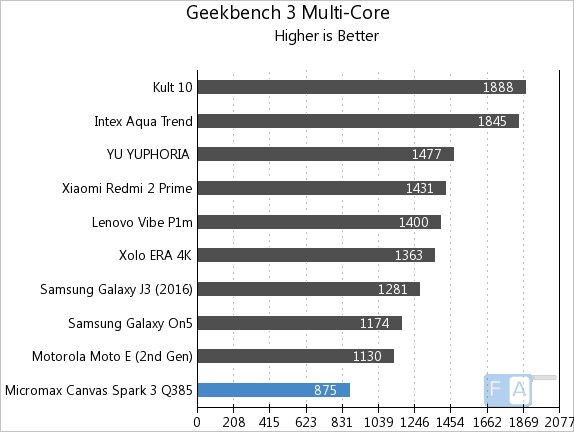 It managed to score 875 points in the Geekbench 3 Multi-Core benchmark. 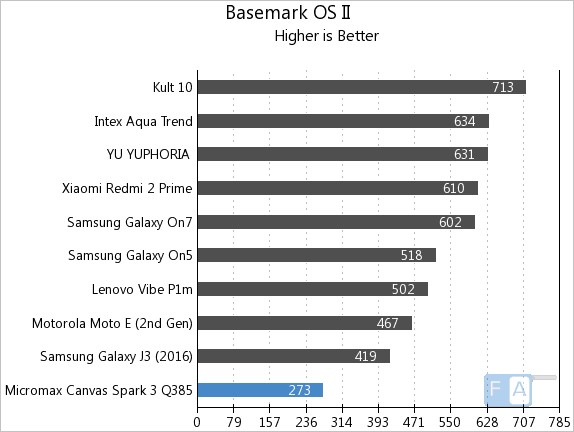 It managed to score 273 points in the Basemark OS II benchmark. 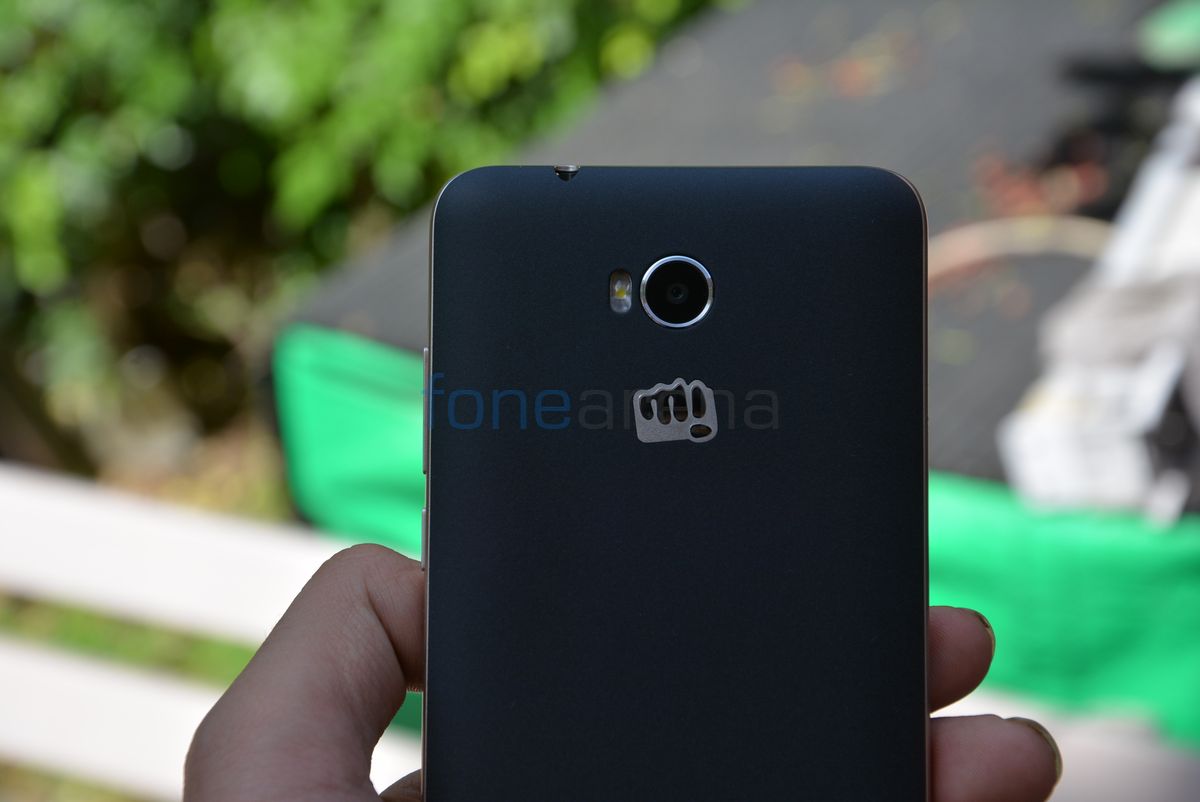 The daylight shots were mostly inconsistent and had really bad output with no sharpness or detailing whatsoever. The camera takes time to capture and the auto focus is really slow too. Also, the low-light or night shots came out terrible and grainy. The only thing that works well in the rear camera is the ‘tap-to-focus’, so it nicely shifted focus and easily blurred the objects that were not in focus.

Overall, the camera is really poor for now, but then we are hopeful that Micromax will ship in a firmware fix, which might improve it a little. 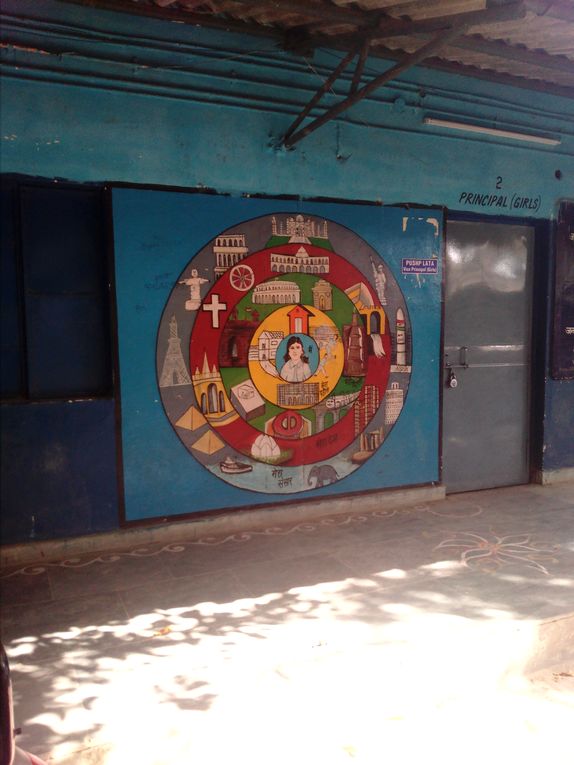 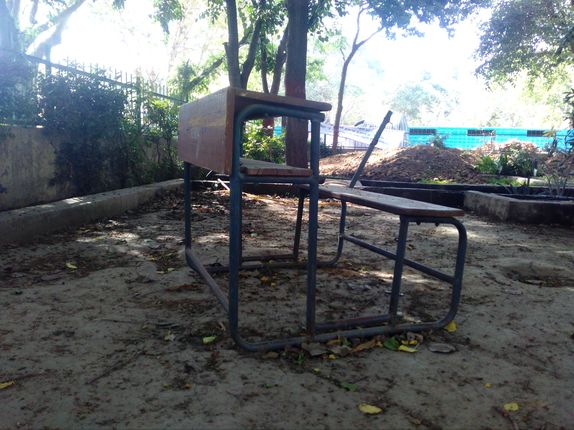 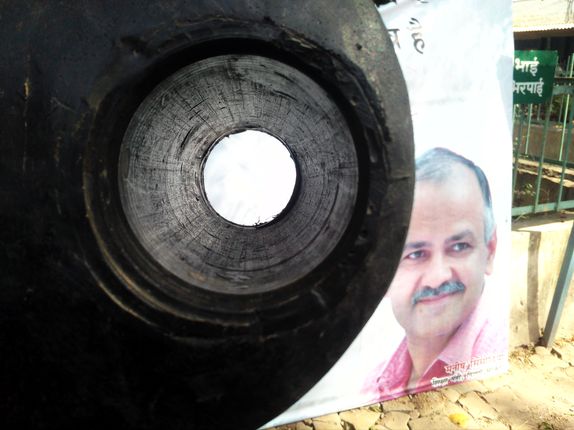 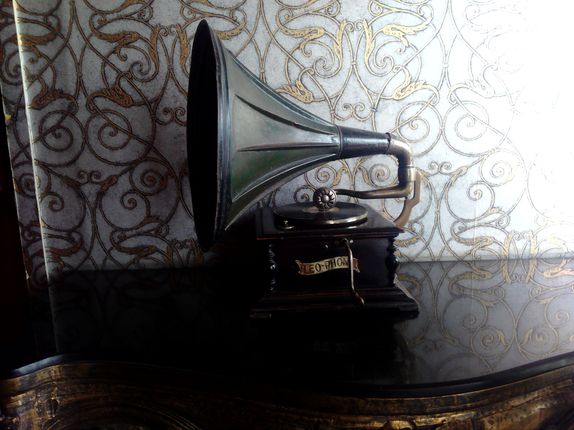 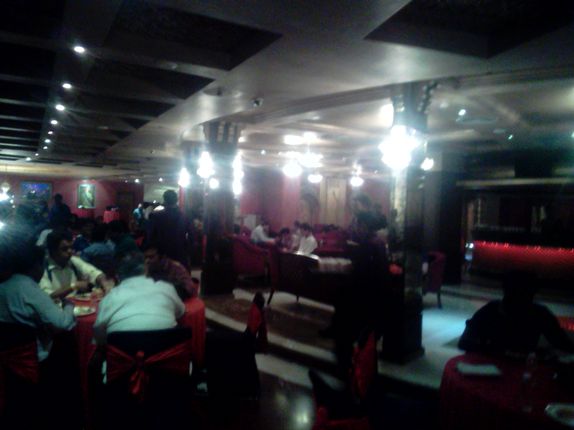 The Canvas Spark 3 is a dual-SIM (Micro + Micro) smartphone, but it only supports 3G. The two SIM slots and a microSD card slot you will find underneath the removable back panel. Other connectivity options include WiFi 802.11 b/g/n, Bluetooth 4.0, and GPS. The sensors onboard are – gravity, proximity and light. We had slight issues with the proximity sensor, but one thing that needs a special mention here is the GPS, which was pathetic. 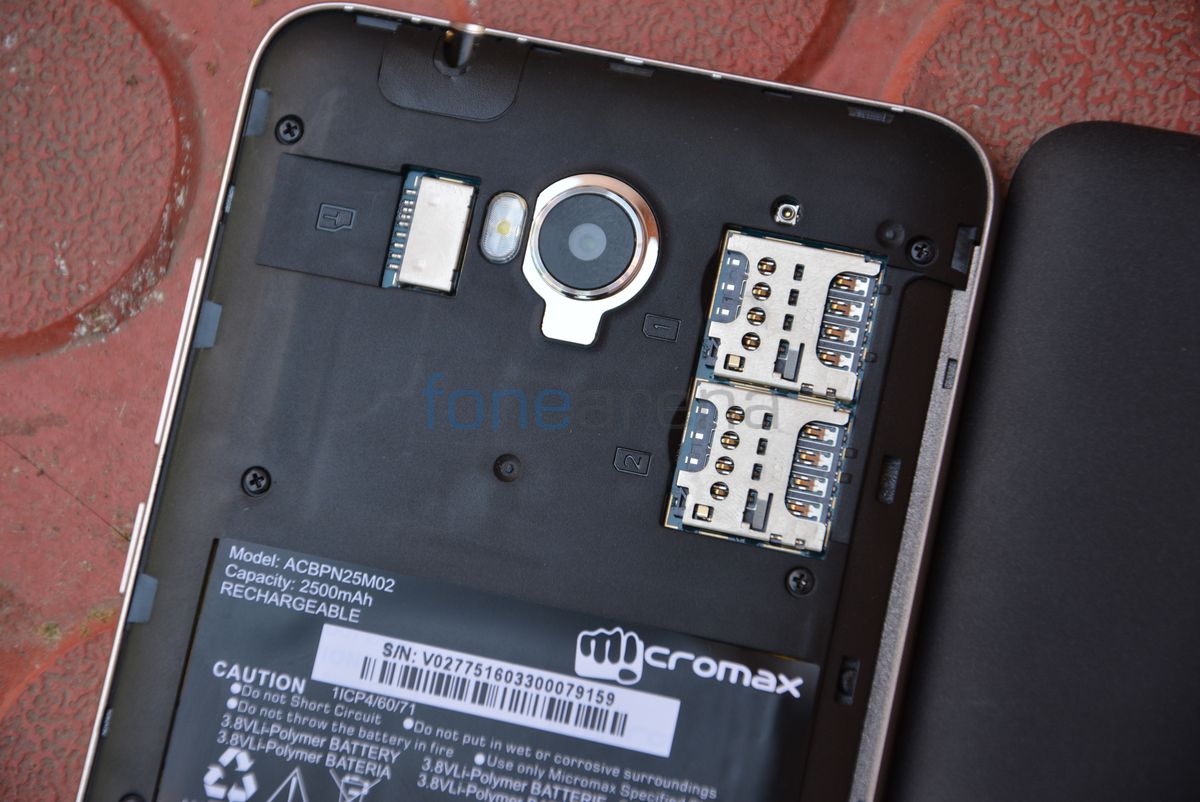 The handset is backed by a non-removable 2500mAh battery, which in daily usage could easily run for 10 hours with average multitasking and social networking. The phone doesn’t heat up much which is a good thing.

For the final verdict, the Micromax Canvas Spark 3 Q385 has a very nice design and the built for a sub-5K smartphone, although other than that there is nothing compelling about this device. So we would not want to mislead you by just telling good things because there is hardly any more.  Considering the kind of smartphones we are used to of now, this one stands no chance in the market and is clearly a miss from Micromax. 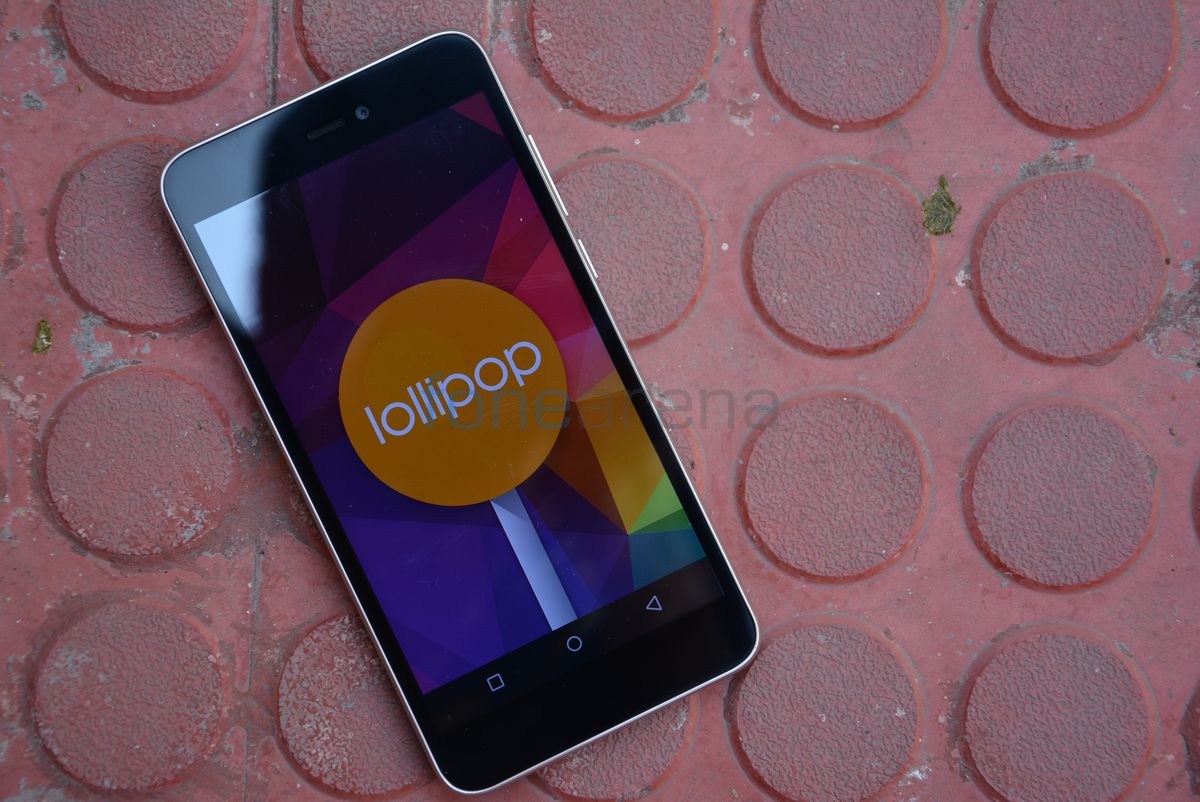 If you can exceed your budget a little then check these Top 10 smartphones under Rs. 10,000. But if you cannot exceed your budget, then our recommendation would be that you go out in the market and check any other smartphone in this price range, you may find a better Micromax phone for the same price.