Samsung Galaxy Galaxy C7 (SM-C7000) surfaced on AnTuTu yesterday that detailed most of the specifications of the phone. Now the C5 (SM-C5000) has surfaced in GFXBench that reveals most of the specifications that are almost similar to the Galaxy C7. This comes with a Qualcomm Snapdragon 617 SoC and packs 4GB of RAM as revealed in the Geekbench listing.

Cases for the smartphone have also surfaced. This reveals loudspeaker placement on the bottom, along with earpiece and USB port. The 3.5mm audio jack is on the top, SIM/microSD slot is present on the left, and the power and volume buttons are on the right. 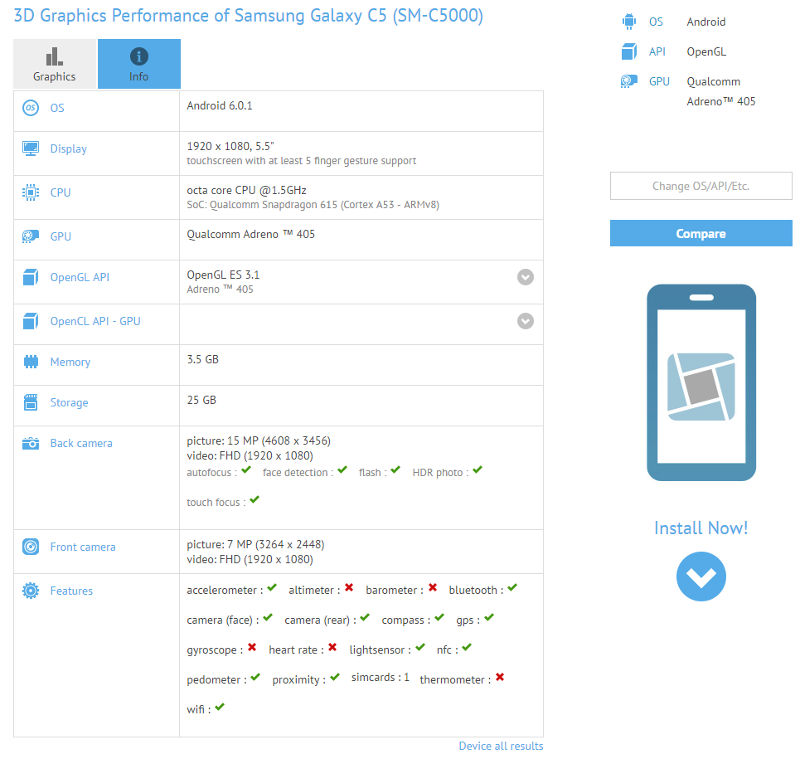 The Samsung Galaxy C-Series smartphones are expected to come with a metal unibody design and is expected to be announced in China next month. 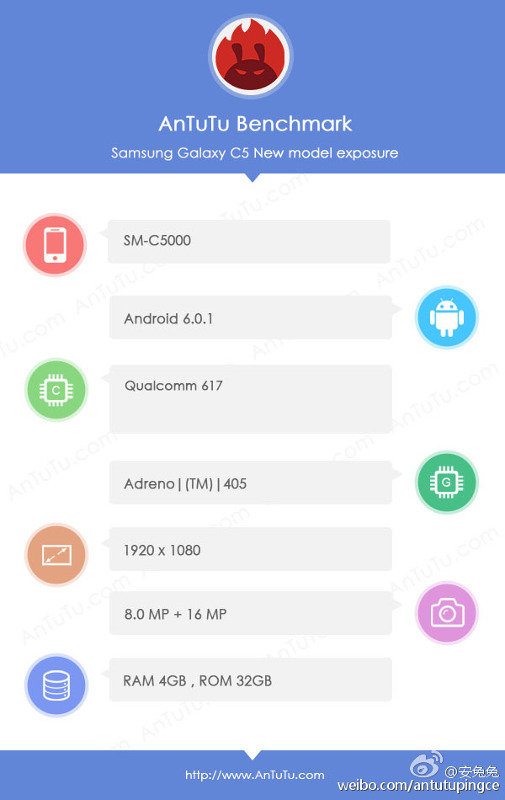 [Update: The smartphone has also surfaced on AnTuTu, confirming the specifications.]