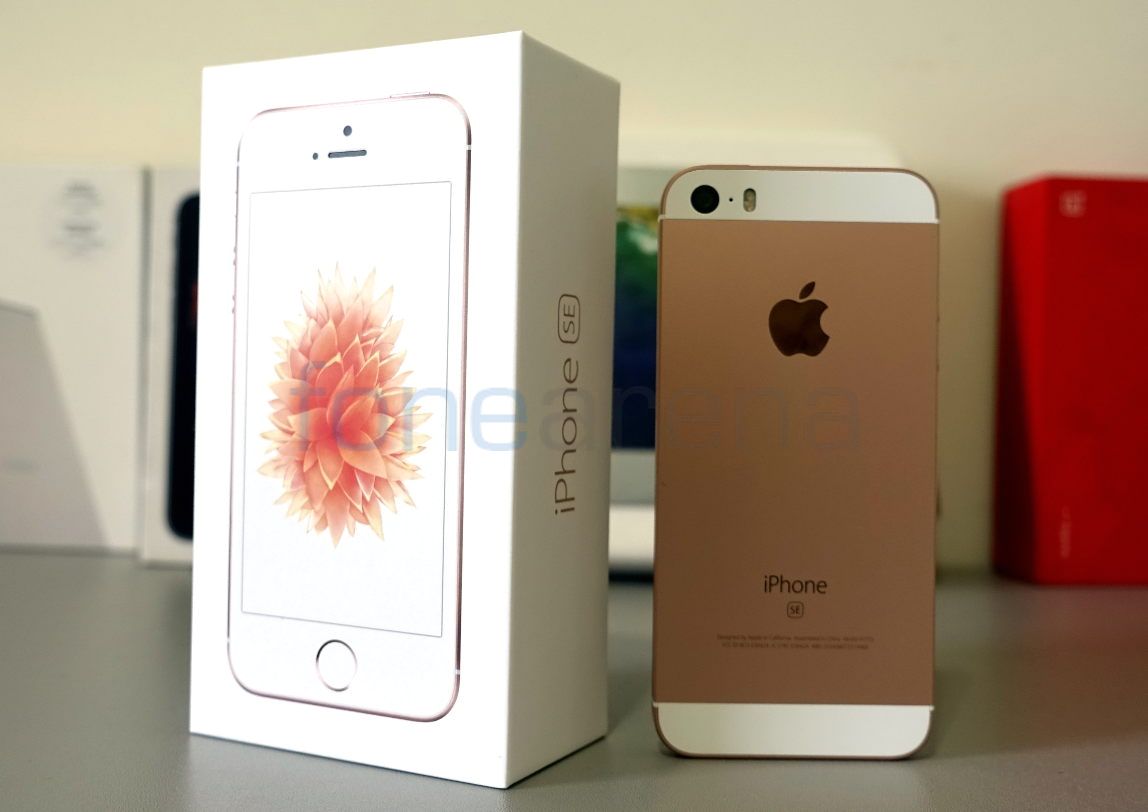 Apple has launched its iPhone SE smartphone in India, as it had promised last month. The iPhones SE was announced last month, has a 4-inch (1136 x 640 pixels) screen, Touch ID fingerprint sensor, is powered by a Apple A9 processor with M9 motion co-processor, comes with a 12-megapixel iSight camera with support for 4K video recording, 1.2-megapixel front-facing camera with Retina Flash, 4G LTE connectivity and runs on the latest iOS 9.3.

This is probably the fastest launch of an iPhone in India, just a week after roll out in the US. Apple initially announced that the iPhone SE will start at Rs. 30,000 in India, later it revised the price to Rs. 39,000.

The Apple iPhone SE comes in Silver, Gold, Space Gray and Rose Gold colors, is priced at Rs. 39,000 for the 16GB variant and Rs. 49,000 for the 64GB variant. It is available across India from authorized Apple Re-sellers through  distributors Redington India, Ingram Micro and Rashi Peripherals. It is also available through online retailers Flipkart, Infibeam, Airtel store, Vodafone store and more.