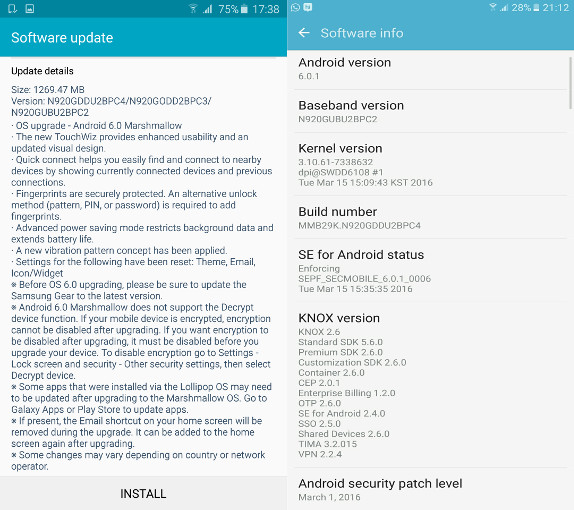 Android 6.0 concentrates on App Permissions, Web Experience, App Links and Power & Charging. It also brings new Doze battery saving feature that uses motion detection to cut off background activity when the phone is in standby, but it will still wake up for important events like alarms. The Marshmallow update for the smartphone also includes updated visual interface, similar to the Galaxy S6 series, including new animations that are present on the Galaxy S7 and Galaxy S7 edge.

The Android 6.0.1 (Marshmallow) OTA update for the Galaxy Note5 is 1.26GB in size and also includes Android security patch for March, 2016. Have you received the update? How is your experience after the update? Let us know in the comments below.