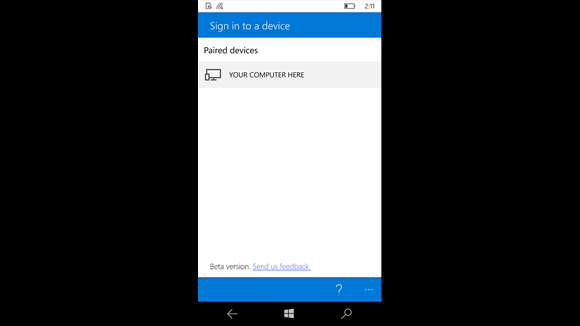 The app allows users to sync a Windows 10 PC to their phone and they can easily unlock their PC by picking it from a list of available devices. The main aim of the app is to eliminate the process of manually adding a password at the time of unlocking the device. It looks like Microsoft is testing the Phone Sign-in-beta app internally only for Windows 10.

The listing on the Windows Store says that the Authenticator app is in beta and upcoming versions will include support for Microsoft account, a sign-in solution for browsers and VPN, one-time passcode generation, and MFA approval through notification. Microsoft has been trying to bring new ways to secure and unlock Windows 10 PCs. It introduced camera support for Windows Hello and also the fingerprint reader.