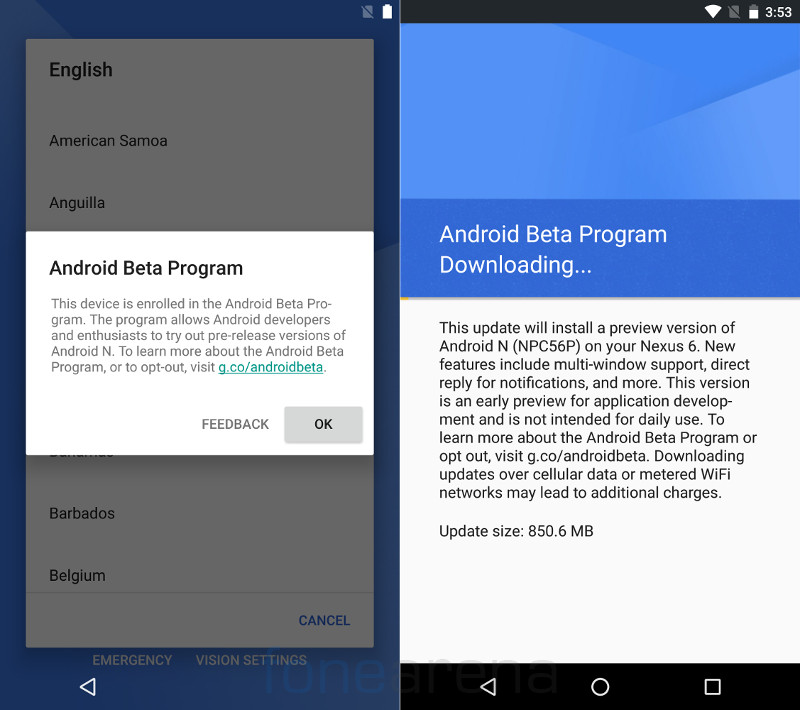 Google released Android N preview images for the Nexus 6, Nexus 5X, Nexus 6P, Nexus Player, Nexus 9, and Pixel C devices few hours back. It also introduced new Android Beta Program that lets you easily try out N on development devices via OTA so that you need not unlock the bootloader and flash the images manually.

You can sign up for the Android Beta Program here that lets you update these Nexus devices to the Android N developer preview and receive ongoing updates via OTA. You can opt out of the program any time, which will let you go back to the public stable Android release easily through an OTA update. Google will release the final version of Android N in Q3 2016. The name of the next version of Android is expected to be unveiled at the Google I/O 2016 in May.