At FoneArena’s Mumbai office, we have had a chance to play with the BlackBerry Storm2 and put it through its paces. We break down our analysis in parts, the first being – Design. 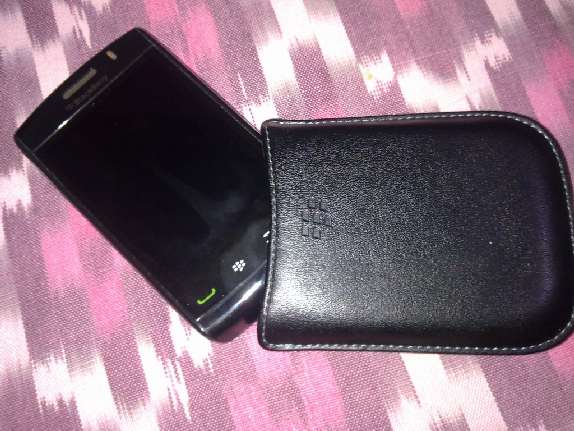 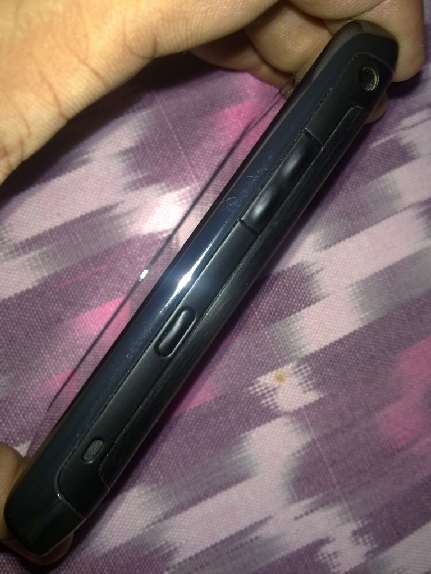 While the shortcut keys aka convenience keys have gone through an overhaul completely. The key on the right of the device is smaller and less protruding from the device. While it might look nice, it does also make it that much uncomfortable to use. As a camera shortcut key, it is rather impractically placed and you might find it uneasy to handle the device. 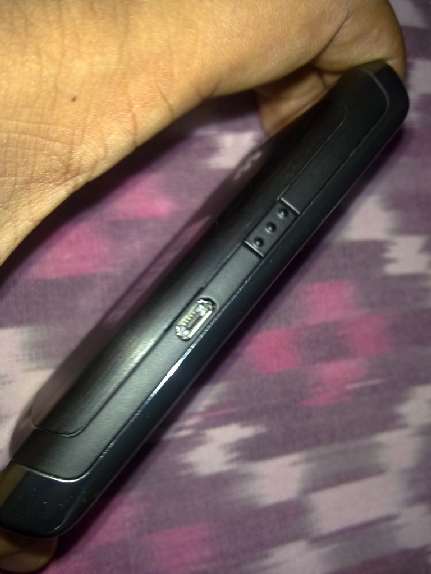 The key on the right still has the same three round grooves finish and is placed in the center of the device. This key is quite convenient to use and a nifty feature to have. Just below it is the Micro USB slot for the charging the phone and connecting it to the PC for syncing purposes. 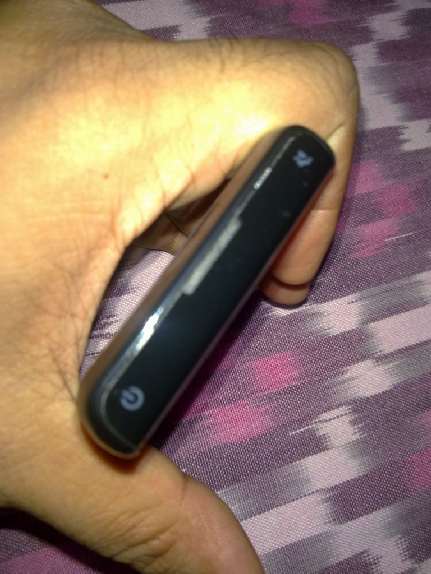 The buttons on top of the device for silencing and switching on (or off) the device is finished off in a single piece of very good quality plastic. These buttons have great tactile feedback and are design hallmark of BlackBerry. The bottom is finished in a similar manner and has a small pinhole for the mic and ‘Qualcomm 3G WCDMA’ printed in between, which is not so clearly visible unless you direct a little bit of light to it – Good job! I say BlackBerry (no sarcasm at all!).

The volume keys are finished off in rubberized plastic, which goes well with the convenience key on the right, but somehow does not flow with the overall design. This approach has meant that the left side and the right side of the device look different from each other. Also the rubberized keys do look a bit cheap for an expensive device such as the Storm2. But they work very well. I won’t complain about their operation at all, they are precise. Just above the volume rockers, is the 3.5mm audio jack. It’s good to see 3.5mm jacks now a days as this allows you to chuck the headset that comes along with the device should you choose to when you want to listen music. 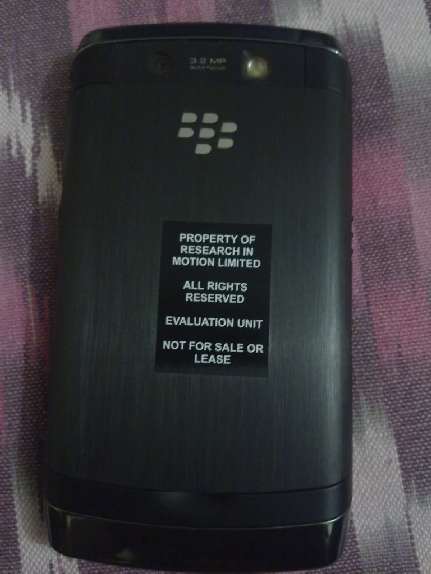 The backside of the device has brush finished metal battery door, which most definitely looks nice and gives the phone a touch of class. With the BlackBerry logo emblazoned in silver, it looks even better. Without a doubt, this phone means business. Just above it, are the camera and the LED flash. The placement is good and is slightly recessed which means scratches will be hard to come by over the glass covering the camera and flash. A nice slot exists near the battery door (below), should you want to open the battery door.

This phone weighs in at a cool 160gms, which is heavy for any phone. The heaviness however works to give the device a solid feel. Build quality is certainly one of the best you can find in phones. You will find the Storm2 to be one of the best built devices in them market. The weight also gives you a bit of an ego boost, since all its rivals are lightweights literally! 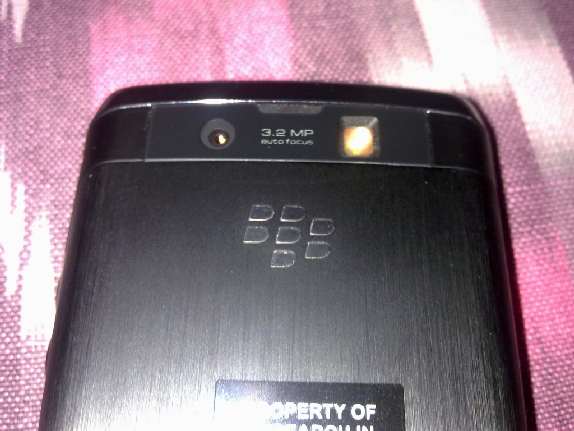 So does this mean that BlackBerry Storm2 is an awesome looking device? Yes and a bit of No. I wish BlackBerry had kept a continuous flow of design. They have improved the overall look of the device, but some gremlins remain. A good phone with one of the best fit and finishes. The silver logo, enough to push the owner to a level higher than he has been with his Nokia, Sony Ericsson or any other brand of cell phone (Just for the record I own a lot of non BlackBerry phones and hence…).

Purely on design this phone scores a 7.5/10. Not a bad score considering the original Storm would have probably received a 4.5/10 from me. Users will rarely complain about the way this device looks and feels in the hand.

Here are a few details of the BlackBerry Storm2: