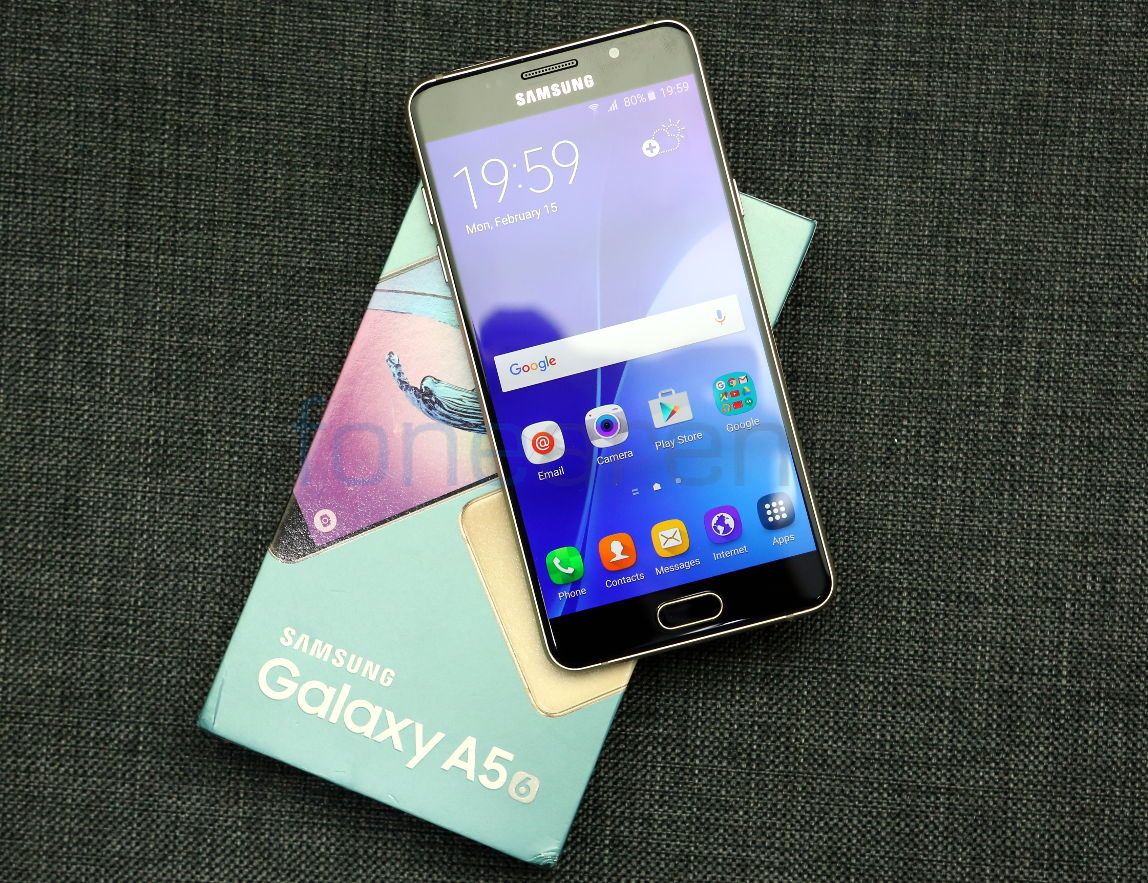 Samsung introduced the Galaxy A5 (2016) smartphone back in December last year. It was launched for India at the Samsung Forum 2016 event in Malaysia earlier this month for Rs. 29,400. We brought you the hands-on impressions and photo gallery of the smartphone from the event, here we have the unboxing. 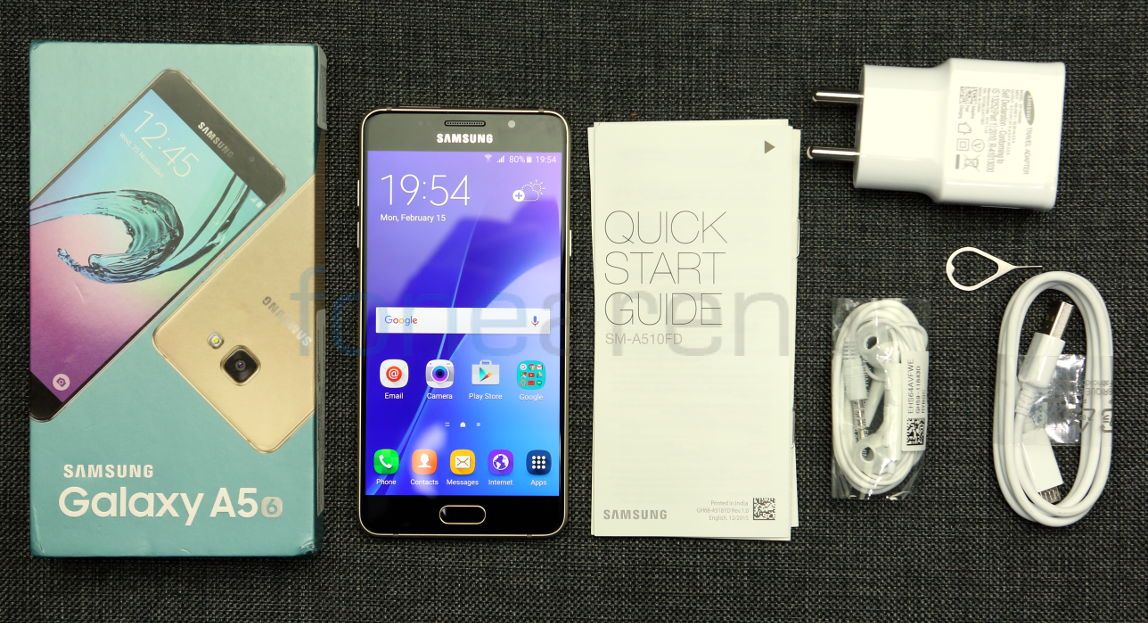 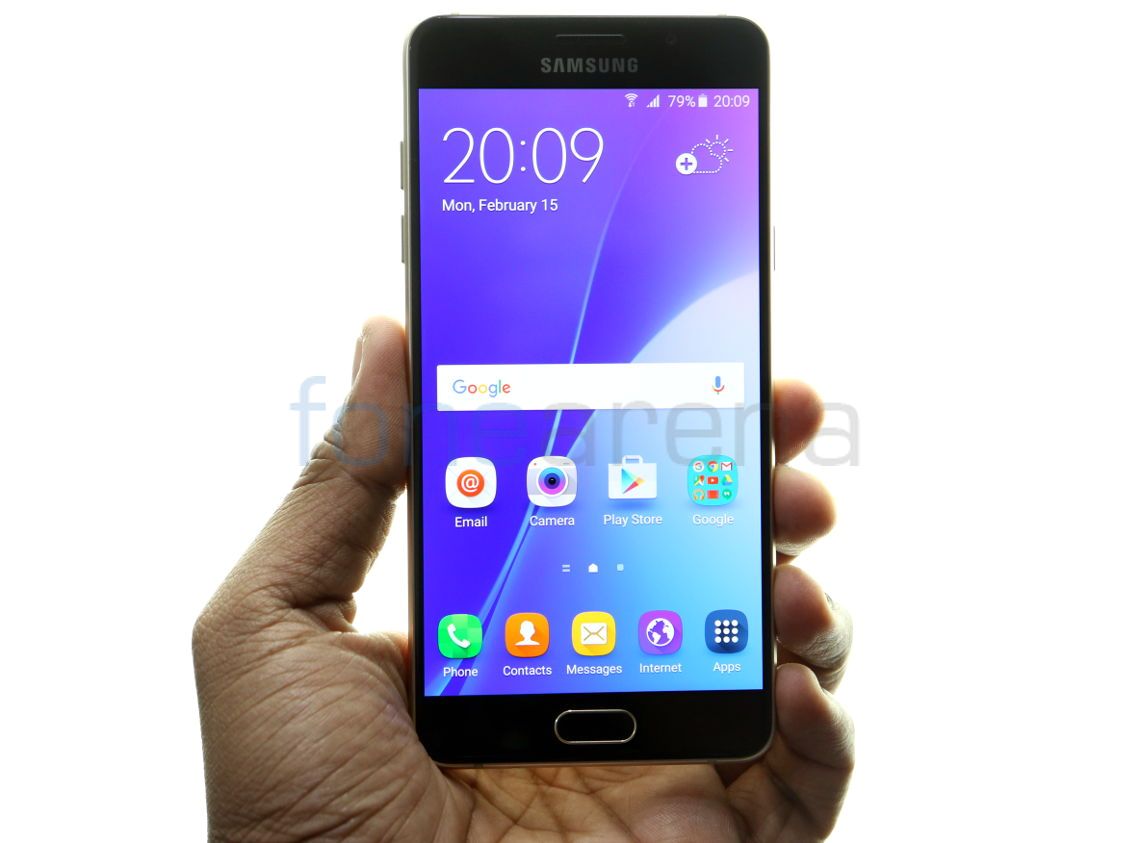 The Galaxy A5 (2016) has a 5.2-inch 1080p Super AMOLED display, is powered by a 1.6GHz Octa Core Exynos 7580 processor, has 2GB of RAM and runs on Android 5.1 (Lollipop). The fingerprint sensor is embedded into the home button and the phone has a 5-megapixel camera on the front. 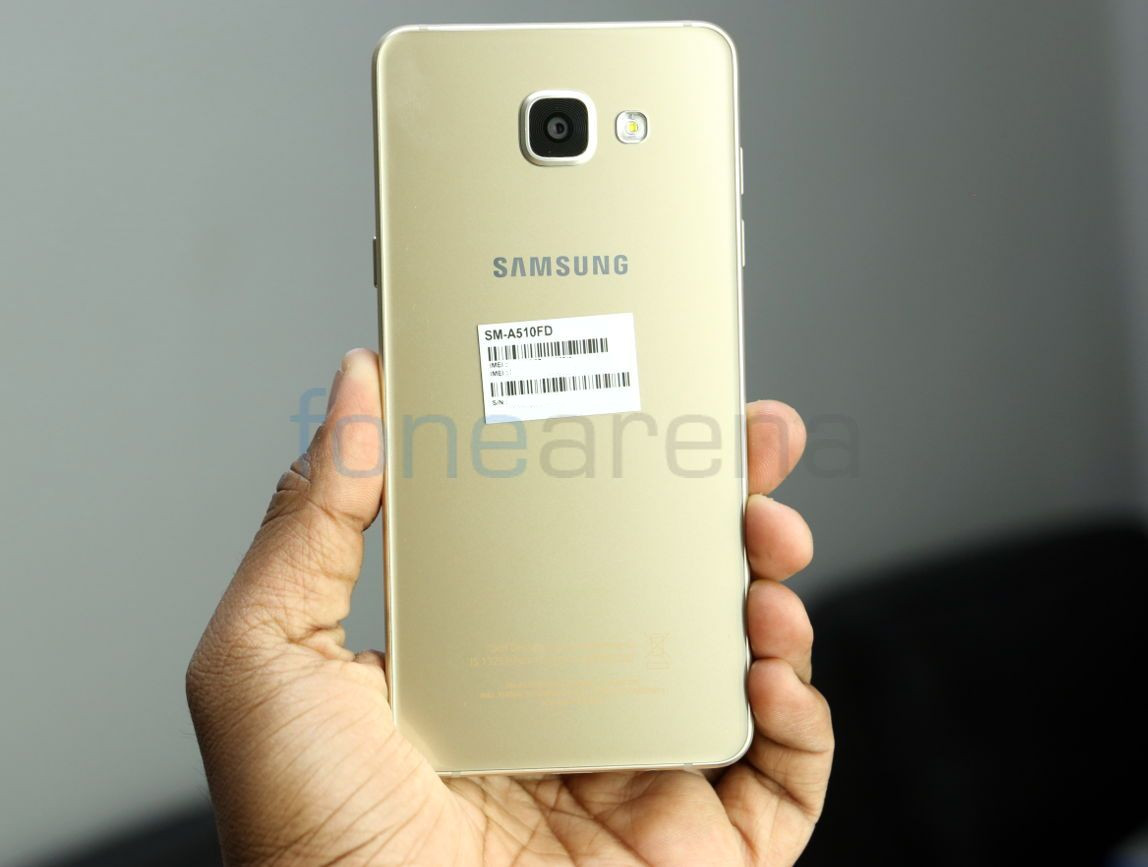 The phone has a glass back, similar to the Galaxy S6-series. Last year’s Galaxy A5 smartphone had a metal back. It has a 13-megapixel camera on the back with OIS and LED flash. Unlike last year’s A5 with hybrid SIM slots, this has dedicated nano SIM slots and a micro SD card slot. It has 16GB of internal storage, 4G LTE connectivity and packs a 2,900mAh built-in battery with support for fast charging.