Huawei has teased an invite for an event at the upcoming MWC 2016 next week, where it is expected to unveil a device that comes with a stylus. The invite states that the company has scheduled an event on February 21. 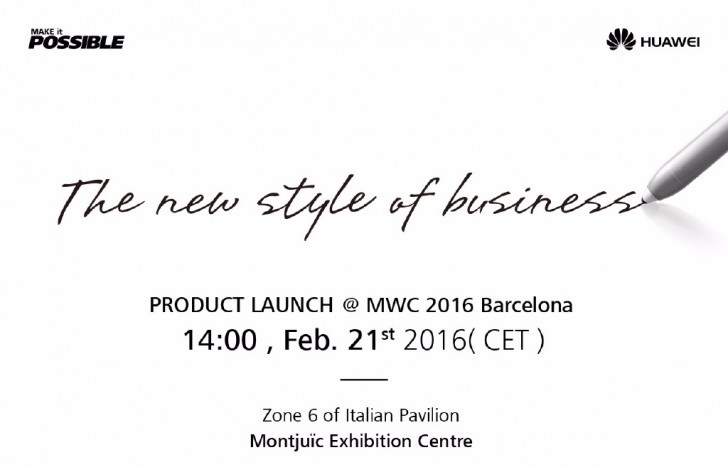 The invite that reads “The new style of business” was published by Huawei CEO Richard Yu on his Weibo account. It is being speculated that Huawei will introduce a hybrid laptop dubbed as Matebook with styus at this event. The Matebook is touted to be a business focused device laptop and not a regular Android tablet. The Huawei Matebook is expected to sport a 12.9-inch display, Intel processor and run Windows 10. In addition, the device could even come with a detachable touch screen as it is said to be a hybrid laptop.

In recent times, we have seen high end hybrid laptops like Microsoft Surface Pro which doubles up as a laptop as well as a tablet after detaching it. Currently, details of the specification of the hybrid laptop from Huawei are scarce but we will know more about it next week.