The Department of Telecom (DoT)  just posted the list of winners for the 3G Auctions in various circles. Airtel , Aircel ,Reliance, Idea, Tata , STel won atleast 1 circle. Videocon and Etisalat did not win even one circle ! Once the formalities are over we should expect commercial services to be offered by the winners starting from September 2010 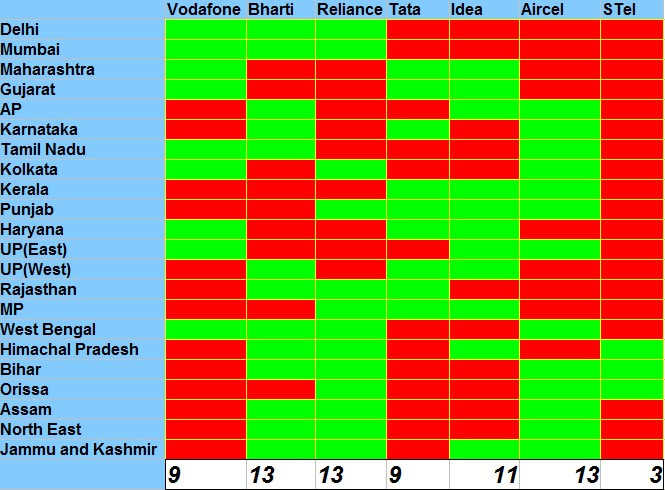 Here are all the winners circle wise 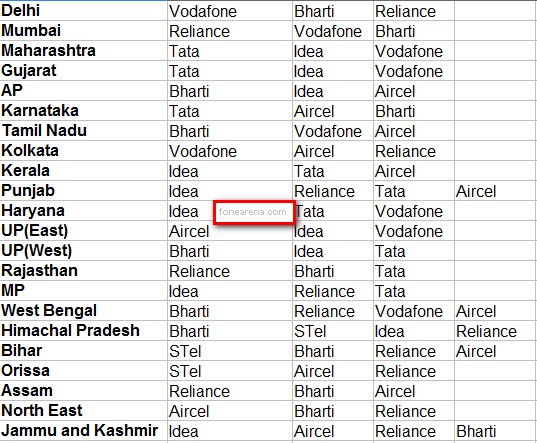 Note : The document says The Auction results are provisional and subject to approval by the Government but its unlikely that we might see any major changes !

And State Owned providers BSNL and MTNL are missing from that list because they are already offering 3G service. They are expected to pay a fee matching the highest bid to continue offering the services.