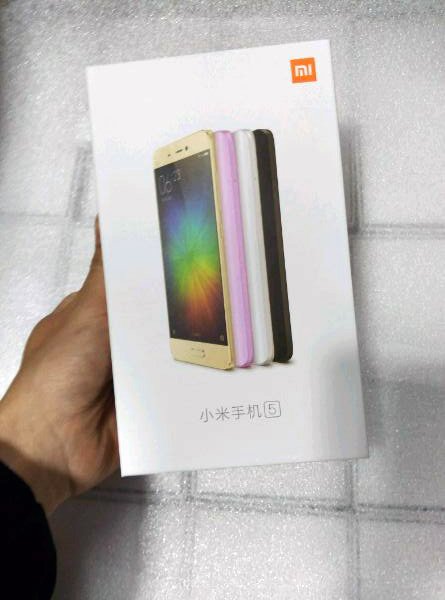 The Xiaomi Mi 5 has been confirmed for a launch on February 24th by Hugo Barra himself. Now, we have new images that showcase the phone’s box as well as the different colour variants that it will come in.

The Mi 5 comes in an elongated box in typical Xiaomi fashion. The white box has the Mi logo as well as a photo of the phone in different colour variants. The phone will come in a Gold, White, Black and a Pink variant. The choice for Pink is surprising as we were expecting a Rose Gold variant but this too should appeal to the female fans.

The front has a 2.5D curved glass while the back has a curved design with glass just like the Galaxy Note5. There is a physical home button with a fingerprint sensor built into it. The display has a size of 5.2″ and a resolution of 2560×1440 pixels.

It should also have a 3000 mAH battery built in and will be available in 16, 32 and 64GB variants. The pricing of the smartphone is yet to be revealed