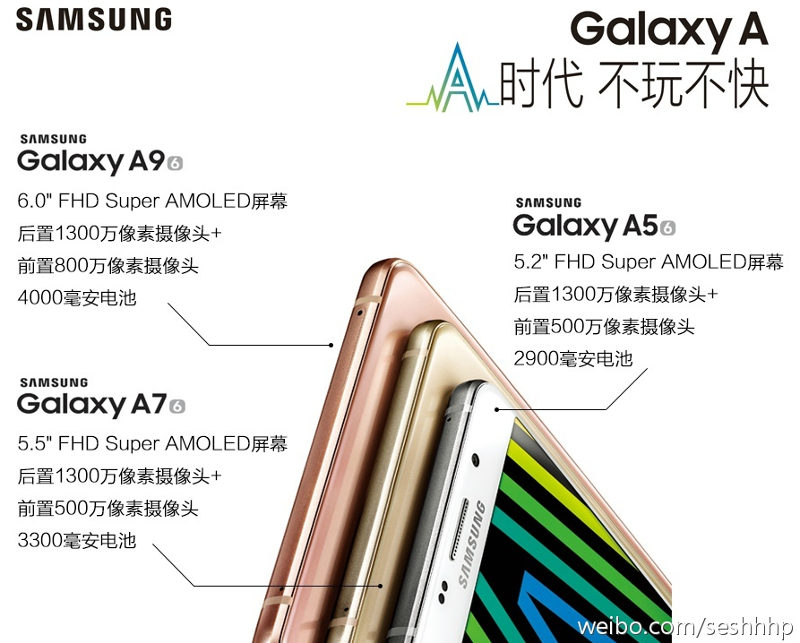 Samsung introduced 2016 edition of the Galaxy A series smartphones – Galaxy A7, Galaxy A5 and Galaxy A3 earlier this month. Now Samsung has teased the upcoming Galaxy A9 (SM-A9000) on weibo (Via). This reveals that the smartphone will pack a 6-inch 1080p Super AMOLED display, powered by an Octa-Core Snapdragon 620 processor, run Android 5.1 (Lollipop), come with a 13-megapixel rear camera with LED flash and an 8-megapixel front-facing camera. 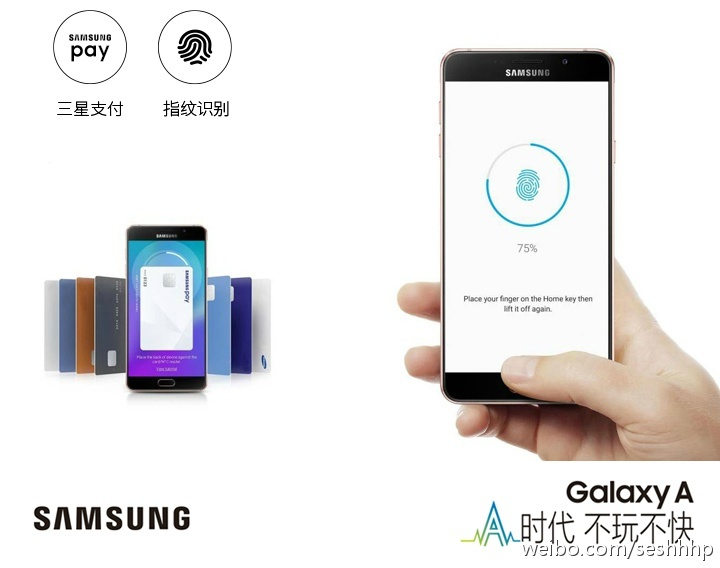 The smartphone will also come with a fingerprint sensor on the bottom button, similar to the Galaxy A5 (2016) and A7 (2016), come with 4G LTE support and pack a 4000mAh battery with fast charging capability.

The Samsung Galaxy A9 (2016) comes in White, Gold and Pink colors and is expected to go on sale in China later this month.