3 new Nokia handsets the 7230 , E52 and 6700 Slide are now available in India. While the E-series handset was announced in May last year the two slider phones were announced in Nov last year 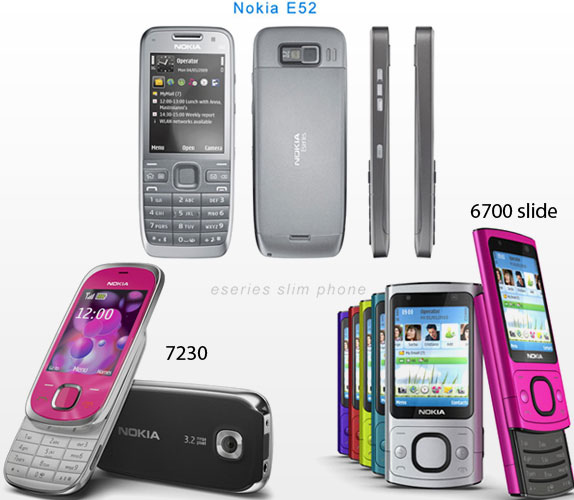 The E52 has been one of the most anticipated handsets in India and many users have ended up buying from outside the country.The E52 is a successor to the hugely popular E51. This phone will be available for Rs.12500. The phone is powered by the Symbian platform