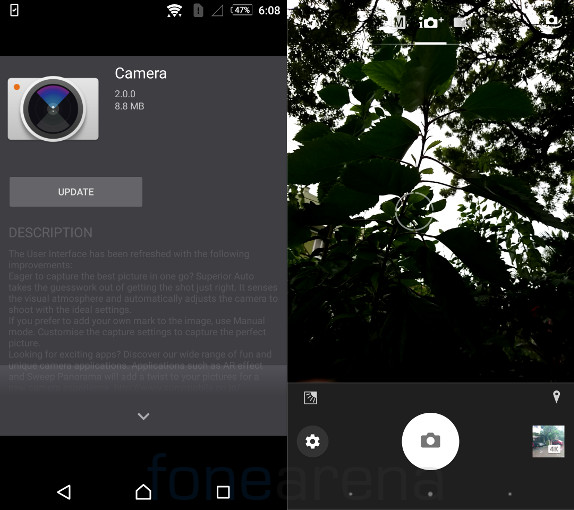 DxO, the popular benchmarking website for cameras and smartphone cameras had ranked the Sony Xperia Z5 as the smartphone with the best camera. Now, Sony has released an update to the camera app which brings in a new UI and features to help make the best out of the camera.

The new camera app was previewed at IFA earlier this year in Berlin and is now finally making its way to customers’ phones. The new version will show up as an update on your Sony Xperia Z5, Z5 Premium or Z5 Compact. The new version of the app is 2.0.0 and the update is around 8.8MB in size.

The interface has been changed to a more minimalistic look while keeping the features in check. There are several gestures that the user can use to change modes, settings etc. Users can also make use of sliders to adjust the settings much faster and easier.

There is no RAW support yet however, the update should also bring in improvements to the image quality and processing. While the update has already started rolling out on Z5 devices all over, it might still take time to show up on your particular device. So don’t worry if it doesn’t show up right now as it will do so eventually.