Xiaomi Mi Pad 2 has surfaced on Geekbench and some of the information about the specs of the successor of the Mi Pad from the company have been revealed. 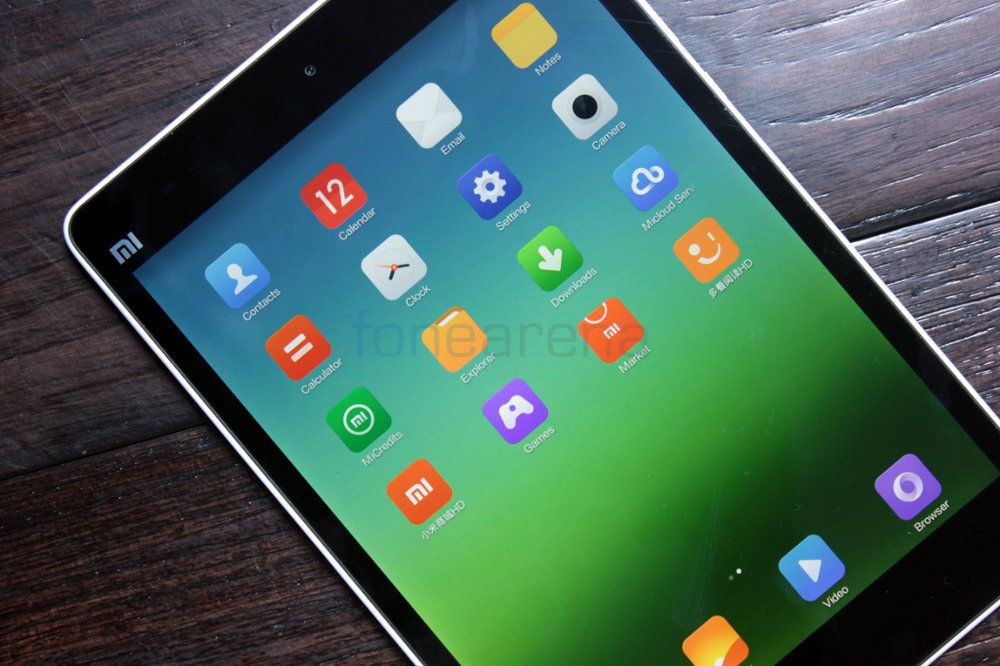 As per the listing, the Mi Pad 2 is powered by an Intel chipset, namely the Atom x5-Z8500, with a 2.24 GHz quad-core CPU that supports 2k display, so we can expect a 2k display on the MI Pad 2 tablet. Moving on, the tablet has a 2GB RAM and will run on Android 5.1 Lollipop with MIUI on top. The Mi Pad 2 scored 985 on a single core score and 3268 on a multi-core score. The Geekbench listing does not share any other details about the specifications of the Mi Pad 2. 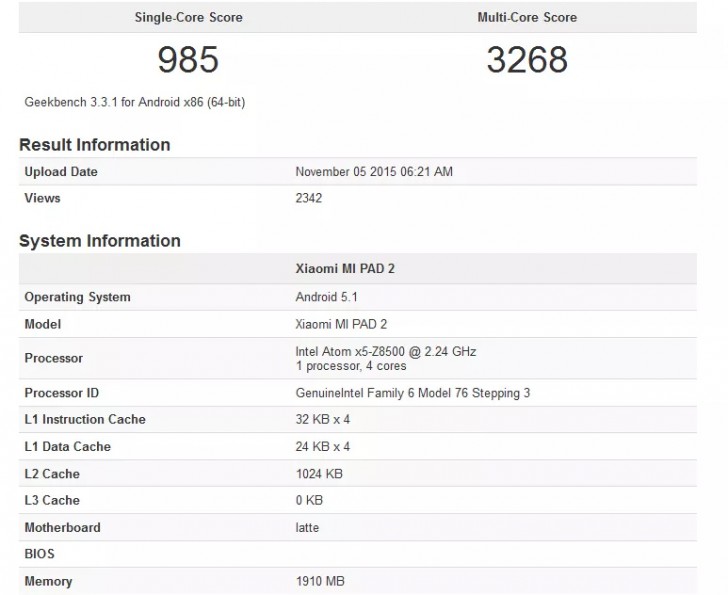 Previous rumors had suggested that the Mi Pad 2 will sport the same 7.9-inch 2,048×1,536 touchscreen, and 16GB of built-in storage as the first generation Mi Pad. It is also speculated that the Mi Pad will come with Windows 10. Earlier today, Xiaomi Gemini that could be the Mi 5 had surfaced on Geekbench.