Qualcomm introduced Snapdragon 820 at the MWC earlier this year. At that time it confirmed that it will use custom 64-bit CPU architecture in their own ARMv8-based Qualcomm Kryo CPU and also said that it will be based on FinFET process node. Later it confirmed Adreno 530 GPU for the chip and also said that it will offer 40% graphics performance, compute capabilities, and power usage compared to Adreno 430. It recently confirmed X12 LTE modem and Snapdragon Smart protect – Real-time, on-device anti-malware technology for the SoC. Today the company detailed the chip at an event in New York City. 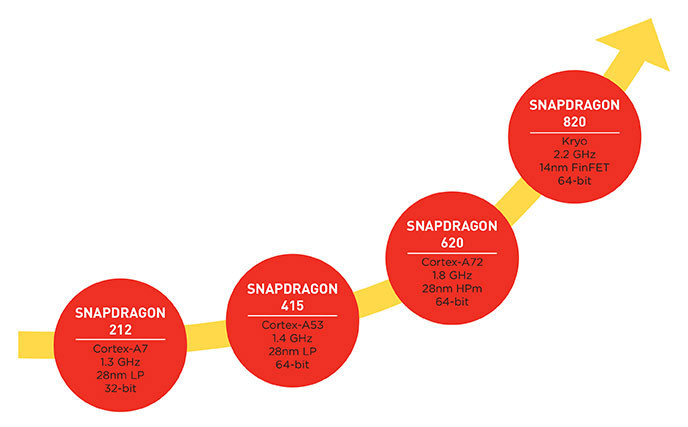 Regarding the design of the new Snapdragon 820 system-on-chip (SoC), Qualcomm said,

The Snapdragon 820 system-on-chip (SoC) represents a rare event in the engineering and design of semiconductors. Every major IP block in the system is a newly optimized custom design. The opportunity to take a fresh look at a processor to this magnitude is infrequent, as each IP block typically has its own update schedule.

But in the case of the Snapdragon 820, every major component of the system has been significantly improved in terms of performance and power consumption to help deliver the kinds of always-on, performance-demanding experiences that users want.

The Qualcomm Snapdragon 820-powered smartphones will be available sometime in the first half of 2016.