Vivo has teased it’s latest phablet that is dubbed as Vivo X6. The Chinese smartphone maker shared a teaser of the upcoming phone while specs and photos of the same were leaked on Weibo. 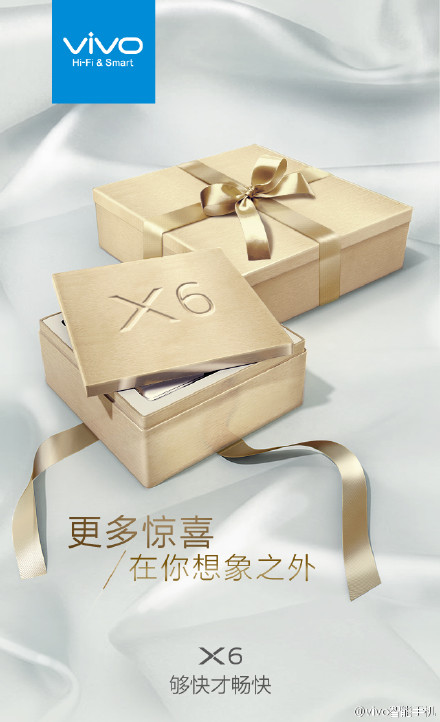 The teaser from Vivo does not offer much information about the X6 and only shows two golden boxes of which one is wrapped and another one is unwrapped. The lid of the box has ‘X6’ engraved on it. As per the leaked specs and images, the X6 is stated to sport a 6-inch QHD (2560×1440) display and will be powered by a MediaTek Helio X20 SoC. Other features include 4GB RAM, 32GB internal memory, 21 MP rear camera with dual tone LED flash as well as a 12 MP front camera. The phone that will run on Android Lollipop 5.1 is said to have a dedicated button for taking photos. Another rumor suggests that the X6 will ship with 1GB of dedicated graphics memory. 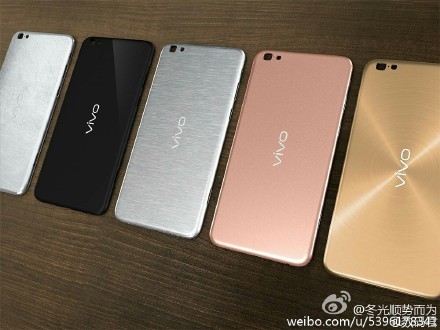 In addition, it is expected that the phone will support 4G connectivity and come with “HiFi” audio, and a 3D Touch features that we saw on the recently launched Huawei Mate S. The phone is said to have a massive 4,000mAh battery. One of the leaked image shows that the Vivo X6 comes in five colour variants – white, black, silver, rose gold and gold.  It must be noted that these specifications are not confirmed but considering them it looks like the Vivo X6 will be a high-end device.