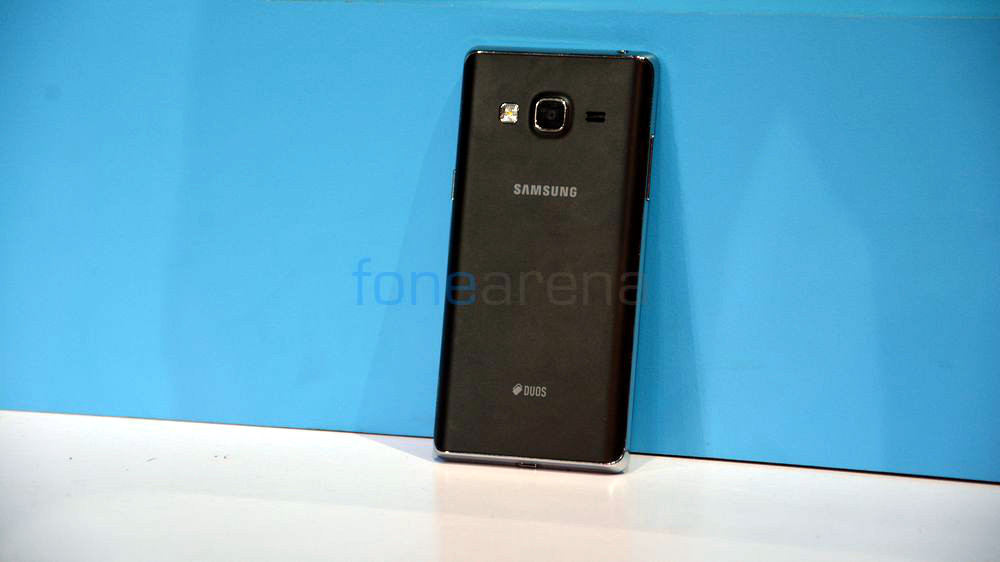 Samsung on Wednesday launched its latest Tizen OS-based smartphone Samsung Z3 in India. The phone was rumoured for months, but then few reports claimed that Samsung had dropped the plan.

The Samsung Z3 is company’s second Tizen smartphone after the Samsung Z1. It hasn’t been launched anywhere else in the world, so the event in India on Wednesday was the global preview and company even says that the phone has been in ‘Made in India’ as well. We got a chance to checkout the smartphone at the event and here’s a quick brief of what this Tizen smartphone has on offer. 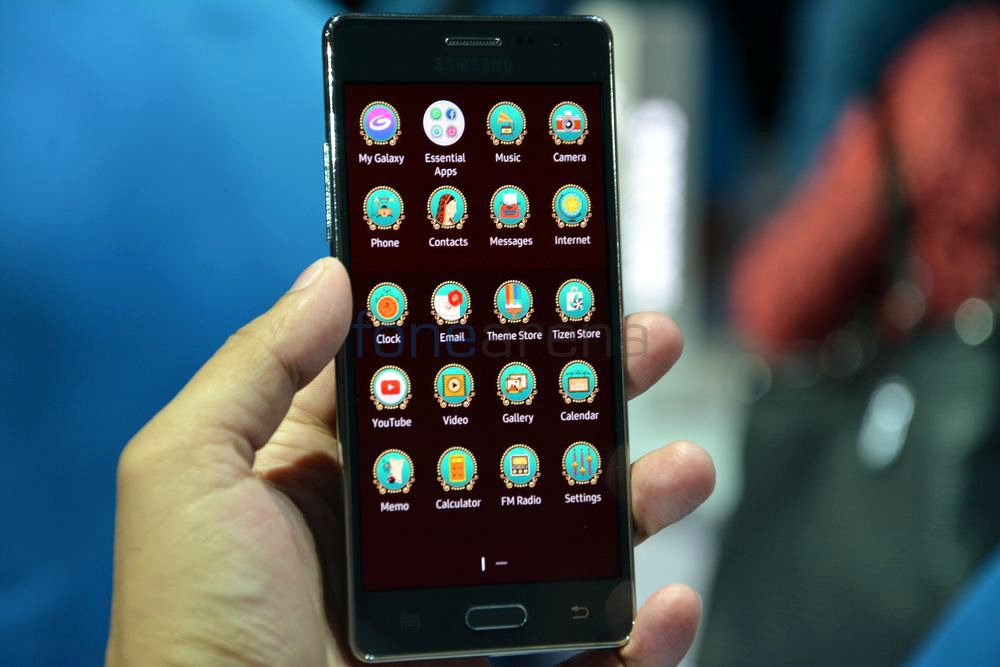 Upfront, the Samsung Z3 features a 5-inch HD (720×1280 pixels) Super AMOLED display with pixel density of 294ppi, which is nice and bright but very reflective and prone to fingerprints. Inside the phone is powered by a 1.3 GHz quad-core Spreadtrum processor coupled with 1GB of RAM. The 8GB internal storage is expandable up to 128GB with microSD card.

As you already know, this is not an Android smartphone and it runs Tizen OS 2.4 out-of-the-box, so you will take some time to get used to of the phone’s functioning. Samsung has put in ‘My Galaxy’ app for personalized deals and offers, and it will be available on Tizen Store as well as on Google Play. 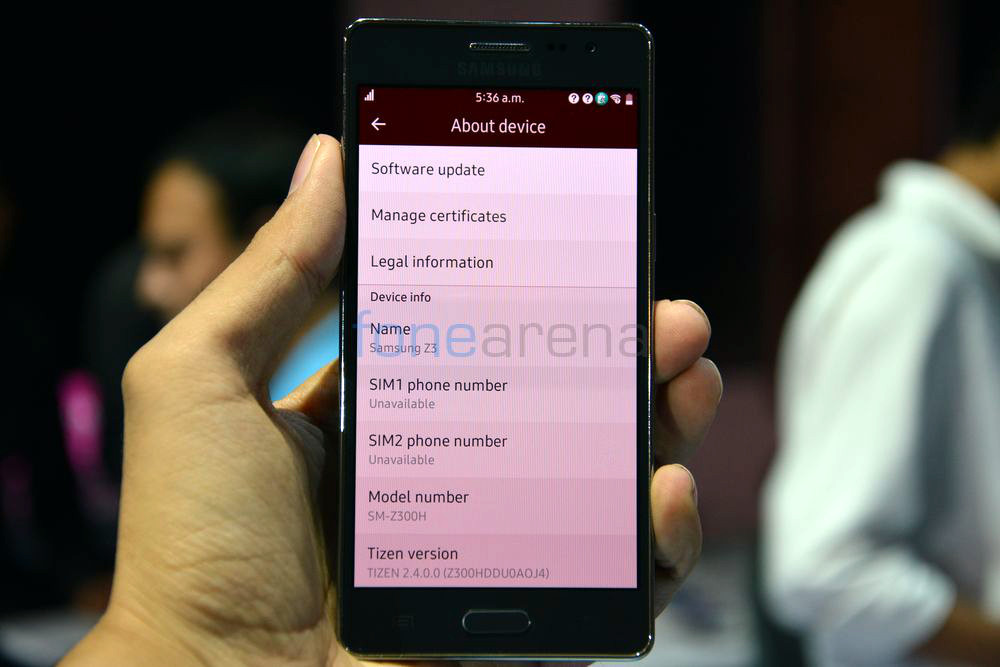 With Samsung Z3, company also brings ‘MixRadio’ app exclusively to the platform with lifetime subscription. Apart from Samsung’s Tizen OS smartphones MixRadio will also be available exclusively to all Android smartphones by Samsung in India via Google Play. MixRadio claims that it has over 30 million tracks in its library. 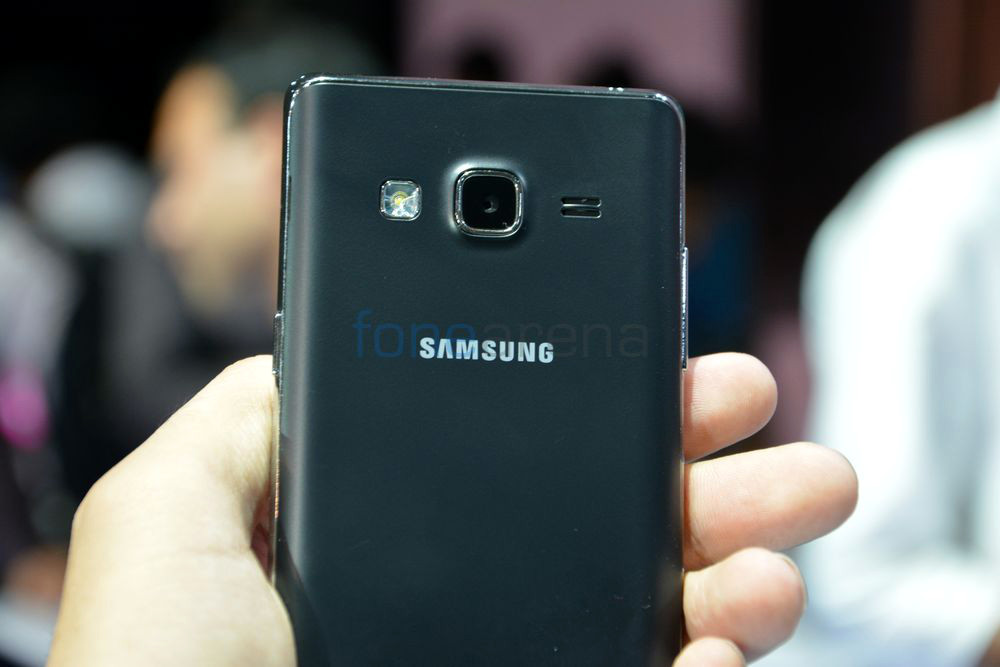 Coming to the cameras, the Z3 has got an 8-megapixel rear camera with LED Flash, f/2.2 aperture and a 5-megapixel front-facing camera, 120-degree wide selfie mode, f/2.2 aperture. Both cameras look great on papers for the price, but will they stand out in our review? we will find out soon.

Just for our initial impression about the rear 8-megapixel camera, it seemed pretty average. 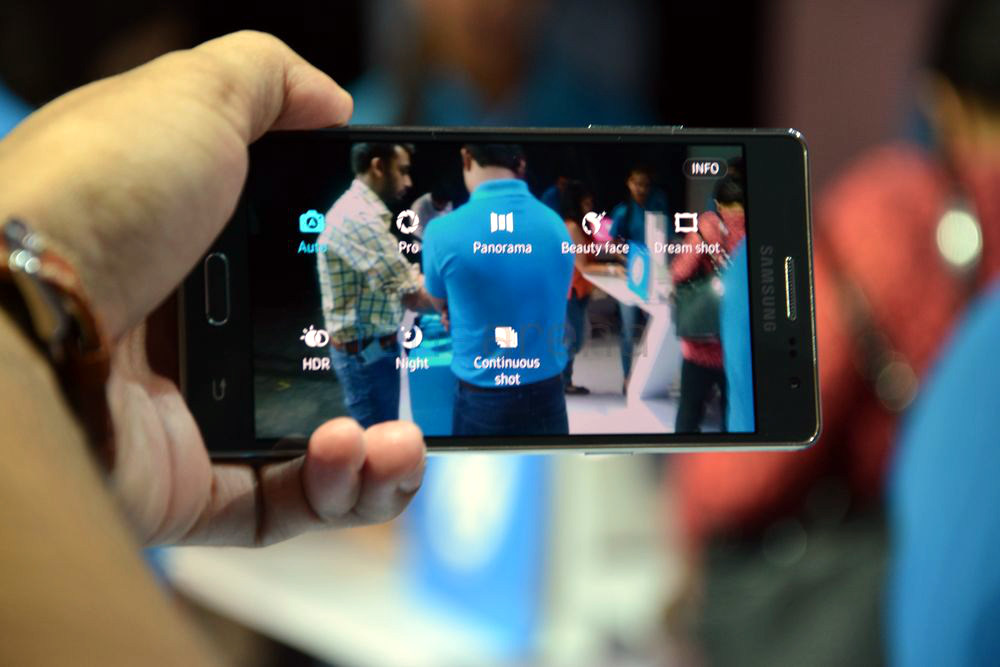 The Samsung Z3 is a dual-SIM smartphone with support for 3G connectivity. The back cover and the 2600mAh battery is removable. Other connectivity options include Wi-Fi 802.11 b/g/n, Bluetooth 4.0, and GPS. 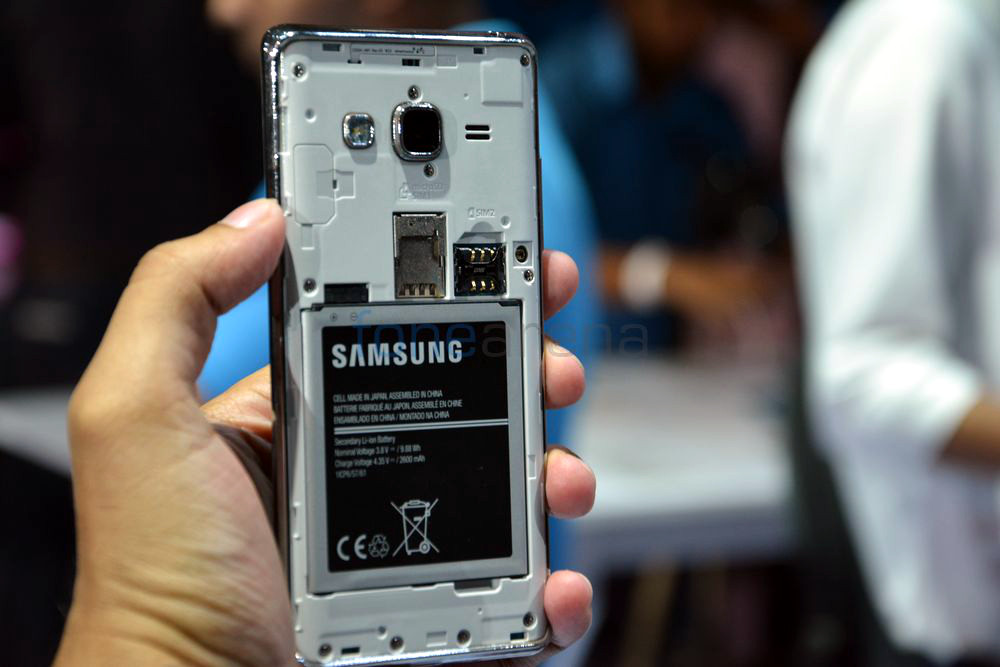 Up-top you will find the 3.5mm audio jack. Bottom edge has the Micro-USB charging / data syncing port. On the right is power lock / unlock key and on the left sits the volume rocker. 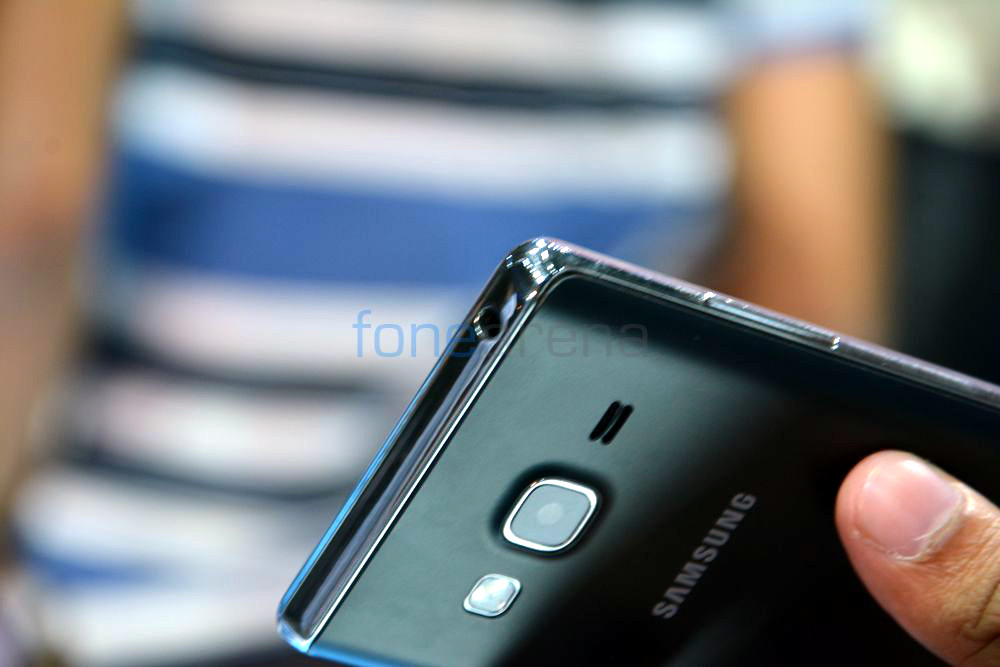 The Samsung Z3 comes in gold, black and silver colour options, and is priced at Rs. 8,490 in India. It will be available across offline channels and exclusively from Snapdeal online starting from October 21st. It comes with 1GB of free data per month for 2 months for Vodafone customers.