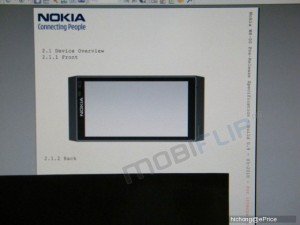 The much anticipated Nokia N8 might be launched really soon. It might be as soon as this week according to a Dutch website who is claiming that a reliable insider hinted that the 12 MP Camera phone might be released this week.

Nokia fans were a tad disappointed that Nokia did not announce the N8 last week but only the QWERTY phones. The N8 codenamed Vasco might be the first Symbian^3 Device to be launched. There were recent rumors that Symbian^3 was delayed after Nokia declared results for for the previous quarter

Are you looking forward to the N8 ?