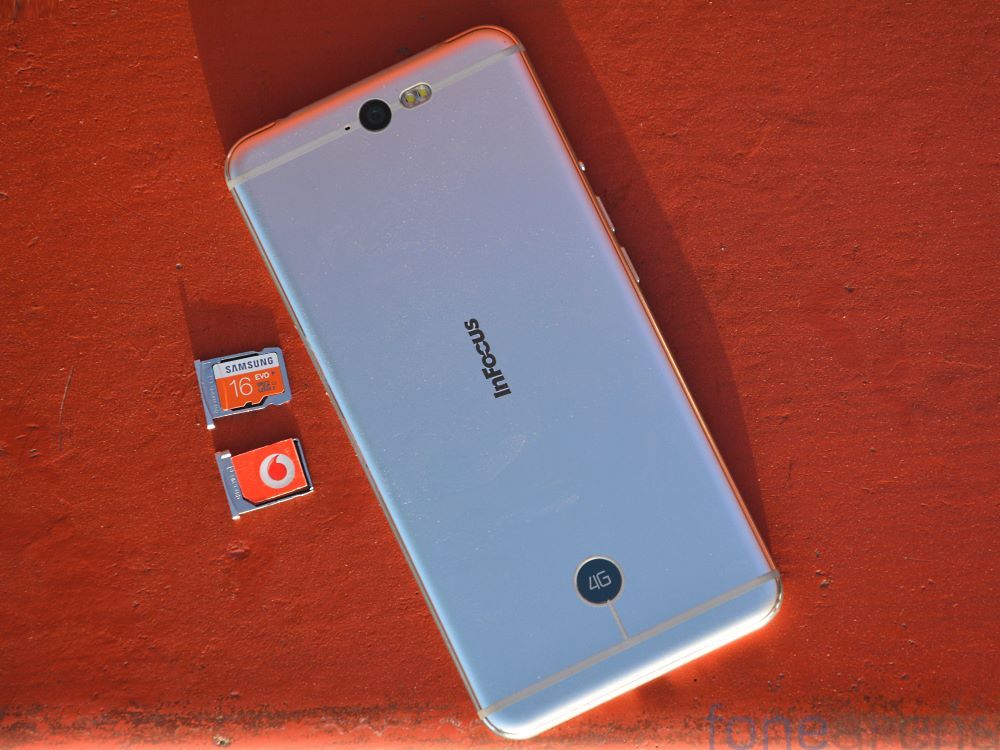 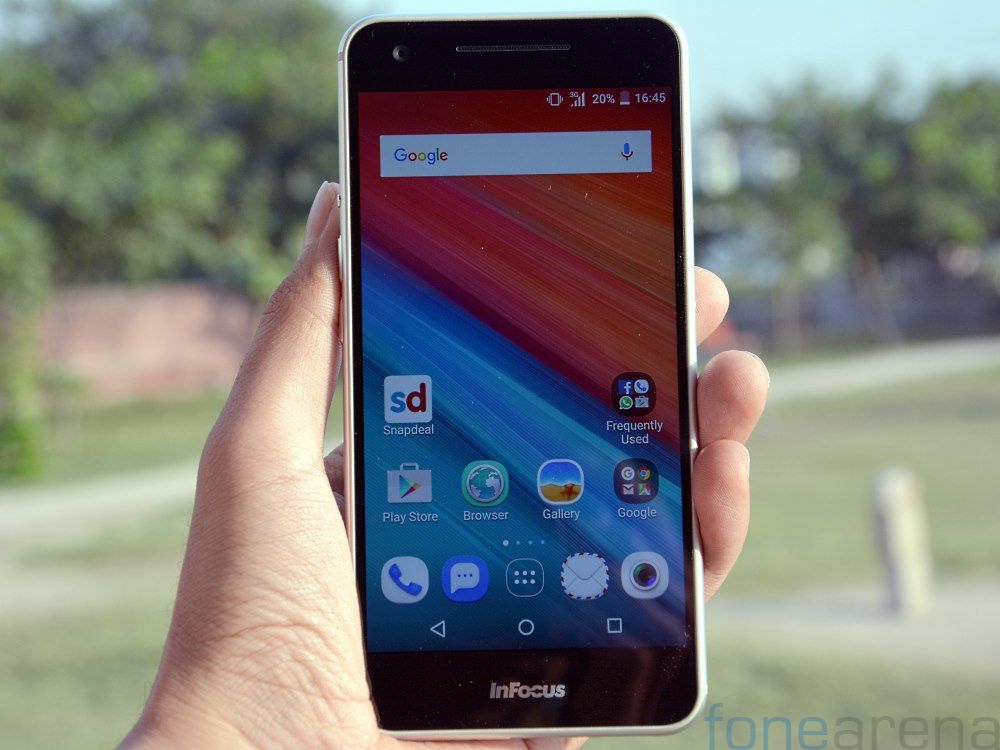 InFocus introduced the M812 smartphone in India back in July and said that it will go on sale in September. Later company announced that the availability from October 1, which then again got postponed and the device finally became available from last week. The InFocus M812 can be purchased from Snapdeal at Rs. 19,999, but is it worth your money? We find out.

The design of InFocus M812 instantly reminds you of the iPhone 6 Plus. The phone boats of similar premium uni-body metal design with curved edges. 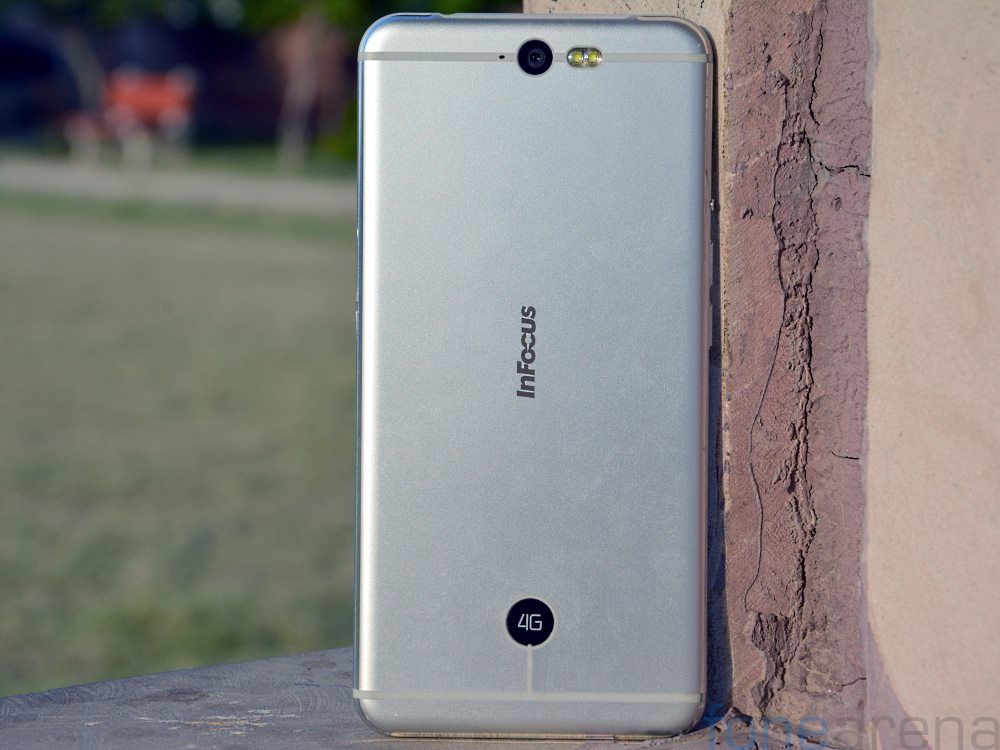 The front has a 5.5-inch 1080p screen. Above the display sits the front facing 8-megapixel camera, earpiece grill, notification LED, proximity senor and light sensor. The three on-screen touch controls (back, home and recents) can be interchanged and you can choose their background colour (back or white) as well. 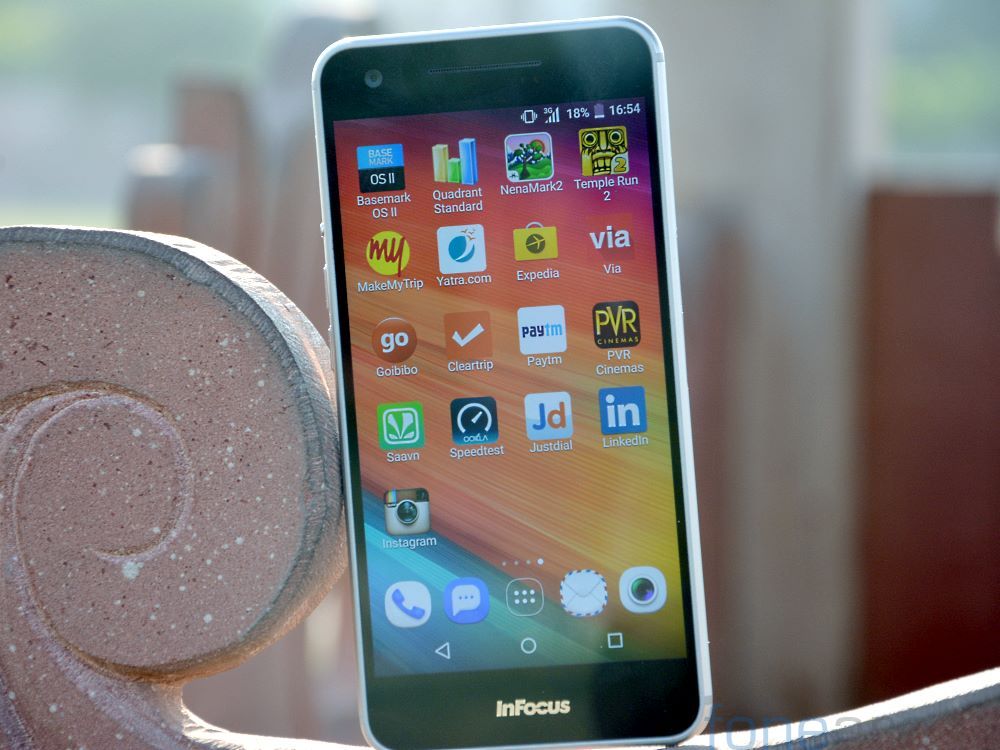 The back is silver matte finished and doesn’t attract smudges at all. Though the material is claimed to be metal alloy, it kind of felt plastic to us. The primary camera of M812 is a 13-megapixel autofocus shooter with true tone LED flash, just like the M810 from InFocus. The secondary noise cancellation mic sits next to this rear camera module. 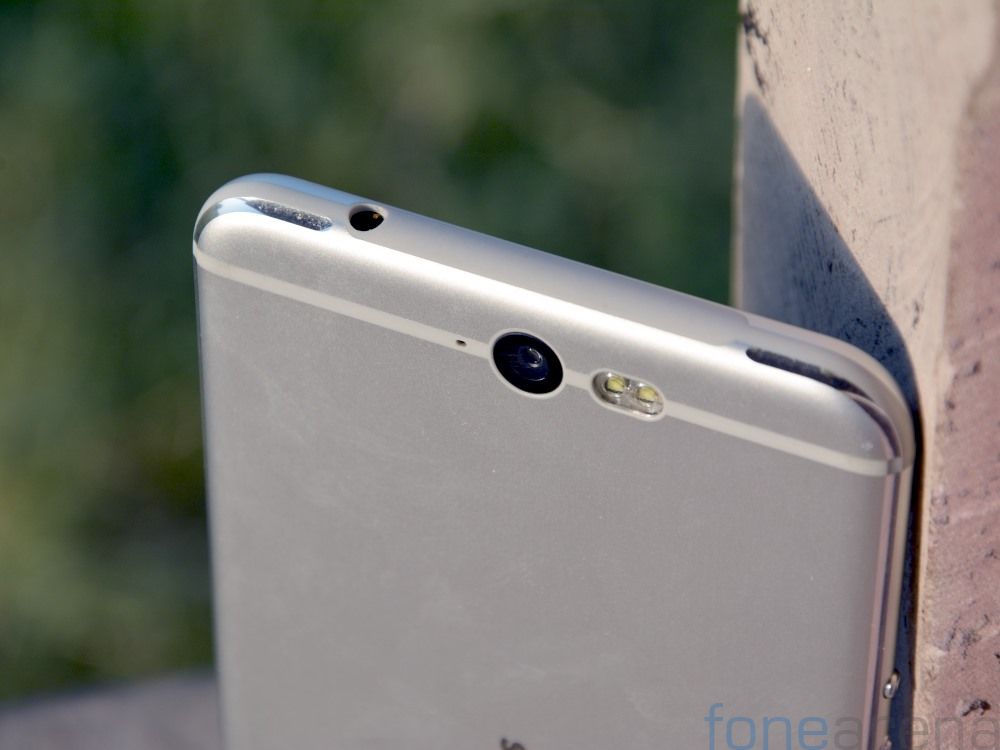 Right side of the handset has two trays that can incorporate two SIM cards or a SIM card and a microSD card. Left accommodates power / lock key and the volume rocker. 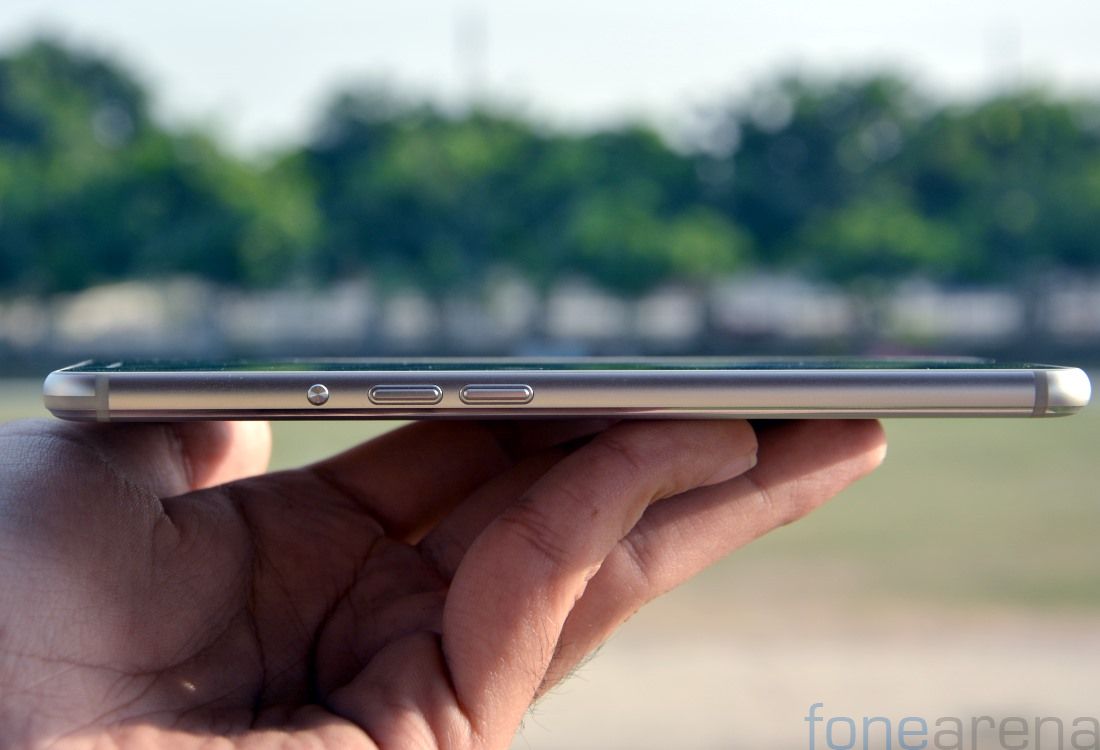 The top edge has got the 3.5mm audio jack, while the bottom features the Micro-USB charging / data port, and two speaker grills out of which one is loudspeaker and other has primary microphone inside. 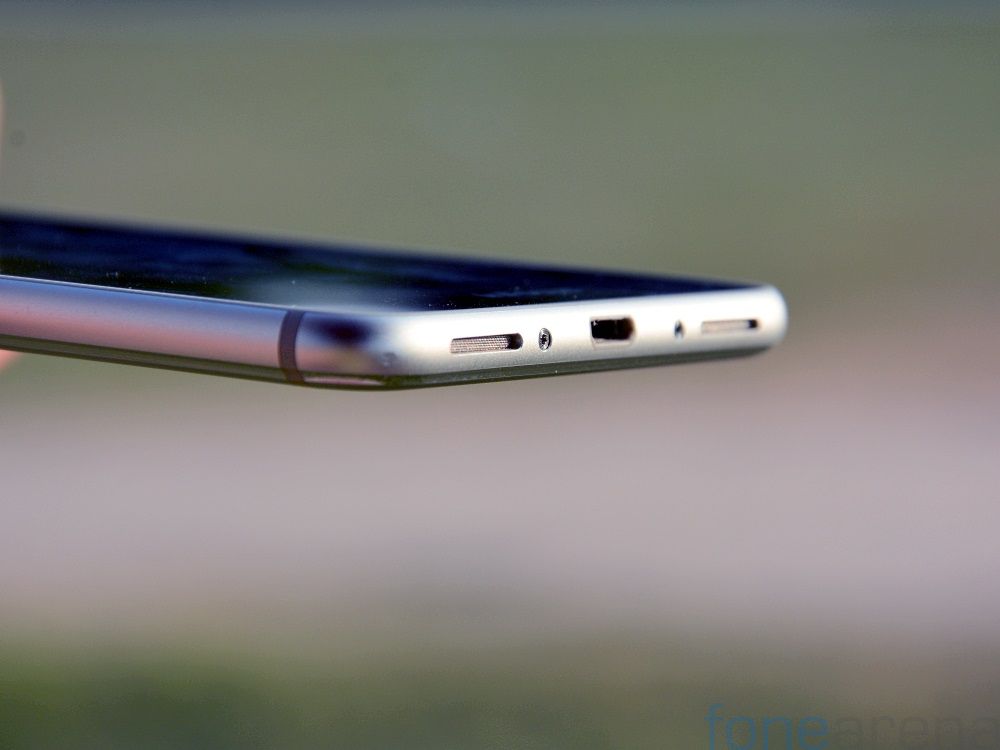 The InFcous M812 measures 157.6 x 77.1 x 7.38 mm. We really like the overall build quality of it and the phone of course feels premium in hands. But one drawback of the metal body M812 is that it is little heavy (with 186 grams) and the weight annoys you after prolonged usage. 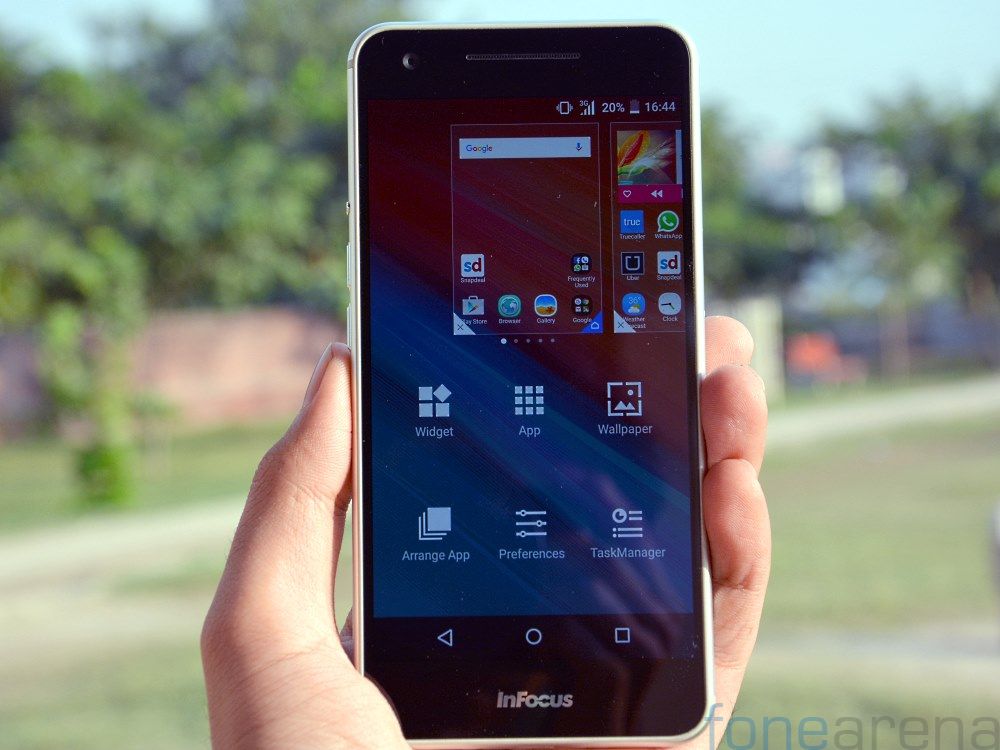 The InFocus M812 packs a 5.5-inch full-HD (1080×1920 pixels) display with pixel density of roughly 401ppi, similar to InFocus M810. The display is really nice and sharp. Video playback appears nice with close to natural colour reproduction, and viewing angles are great too.

Unlike the InFocus M810’s display, it performs quite well under direct sunlight and is less prone to smudges in comparison. There is no clarity on the protection part of it, but glass seems toughened and it didn’t get major scratches. So overall we felt that it is a better display in comparison to M810, but certainly not the best in this price segment. 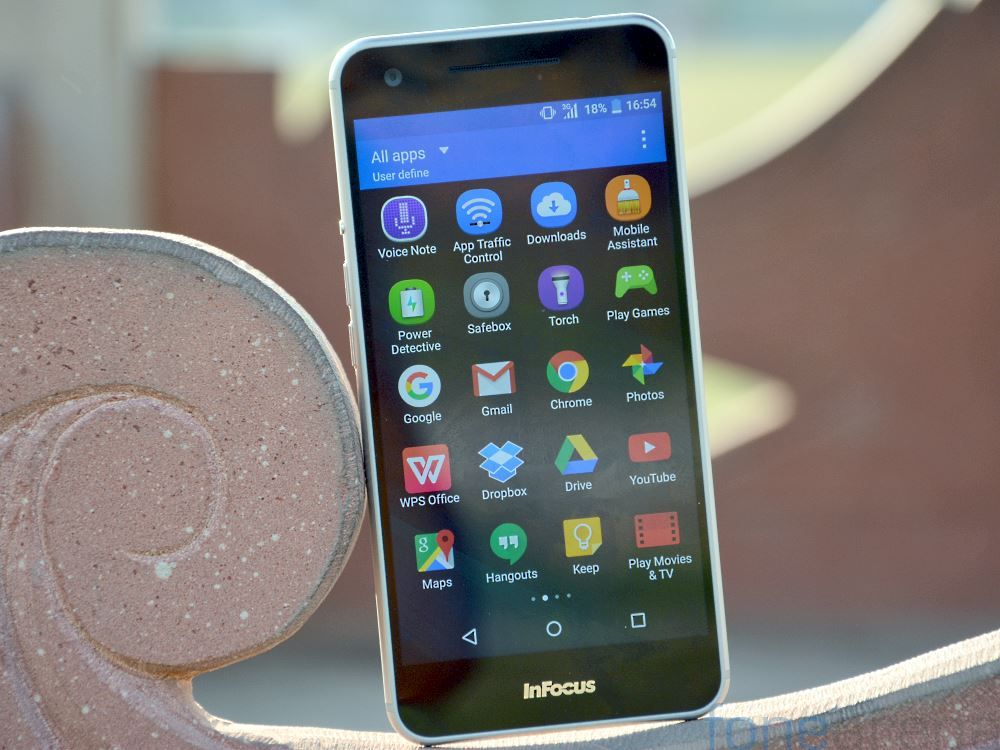 The InFocus M812 is powered by the same 2.5GHz quad-core Snapdragon 801 (MSM8974AC) processor as M810. But it has got the 3GB of RAM instead. The 16GB (user available approx. 11GB) internal storage can be expanded with a microSD card up to 128GB. The device runs Android 5.0 Lollipop with company’s InLife UI skinned on top.

Talking about the performance of M812, the phone is amazingly fast and smooth. We didn’t see any major problem in that department. It worked pretty well with heavy multitasking, or with heavy gaming. But you will dislike the fact that their InLife UI design isn’t uniform throughout. We have reviewed quite a few InFocus devices till now, and all of them had this inconsistency.

The good part of the UI is that it allows users to keep the homescreen as one single layer like the most Chinese UI without app drawer, or two layers like stock Android with app drawer. Other useful tweak is that ability to interchange the back and recent. 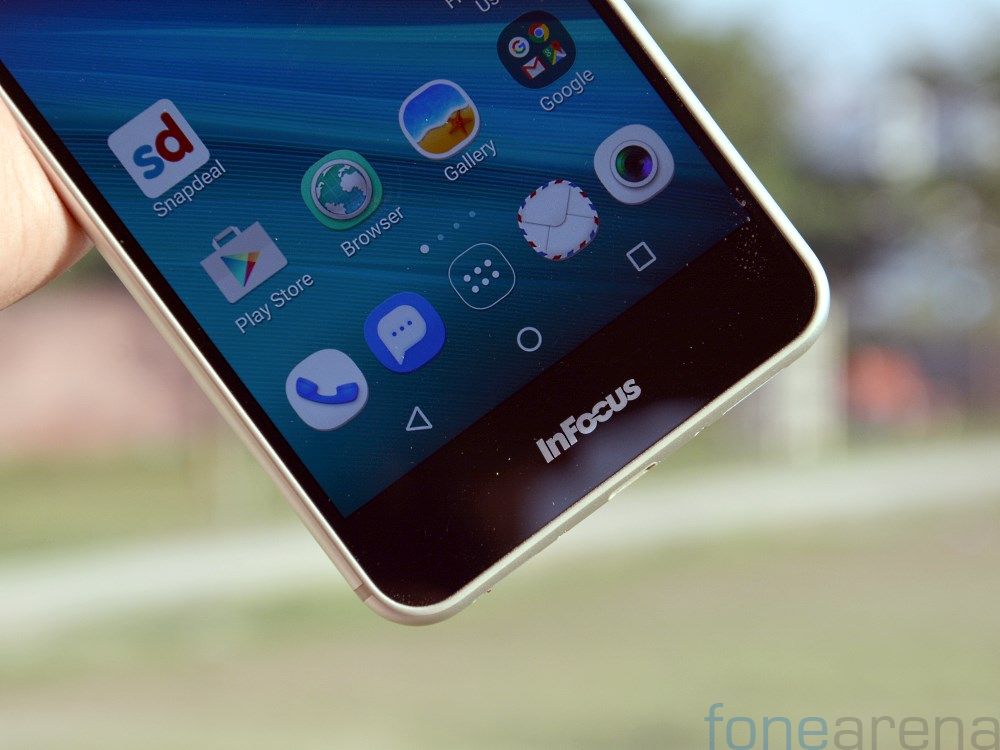 One problem that the M812 has borrowed from its younger brother M810 is the heating issue. The device heats up quickly with little bit of multitasking or video playback. Heavy games like Asphalt 8 ran smoothly, but the heating issue disturbed the gaming experience. Also, the MP4 video files didn’t work fine through USB OTG.

Coming to audio, the output in headphones is loud and clear, but the loudspeaker output is low. The phone has FM radio. InFocus never provides any accessories with the review device so we are not sure of the quality of those. As per their official brief, users do get a headset, a Micro-USB cable and a charger along with the device and user manual. 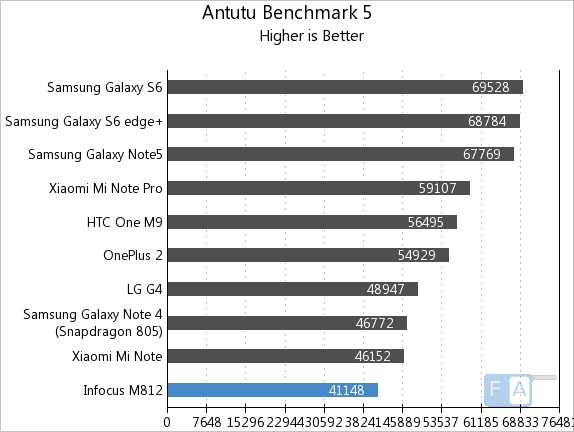 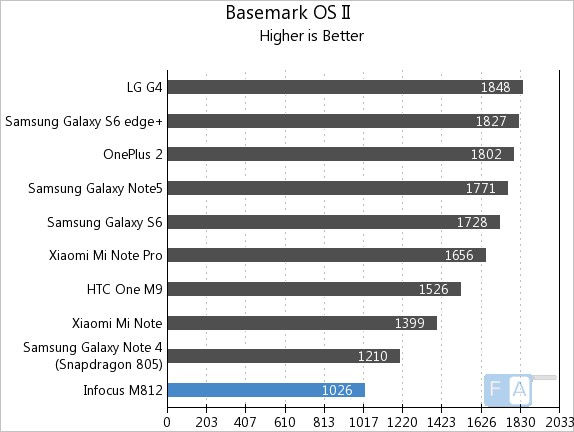 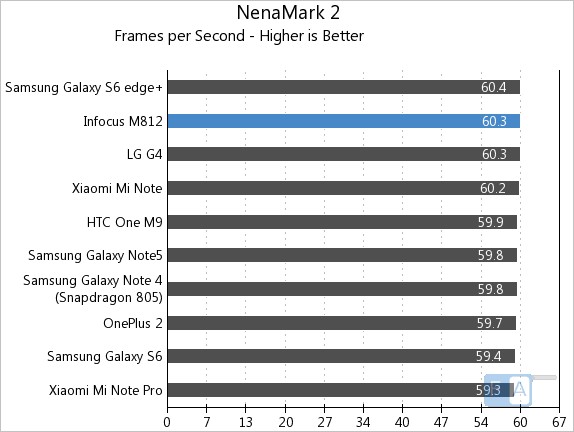 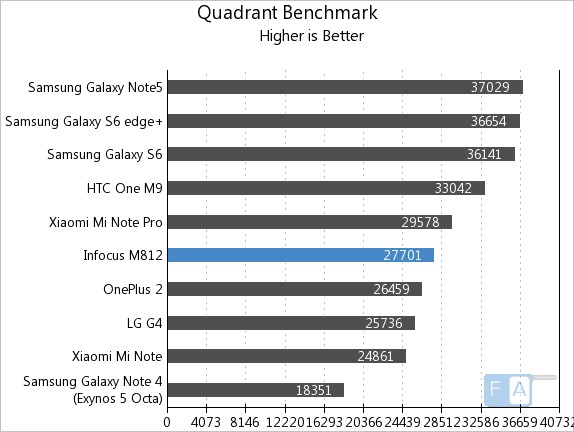 TheM812 packs a 13-megapixel autofocus rear camera with true-tone LED flash, whereas the front is an 8-megapixel shooter. 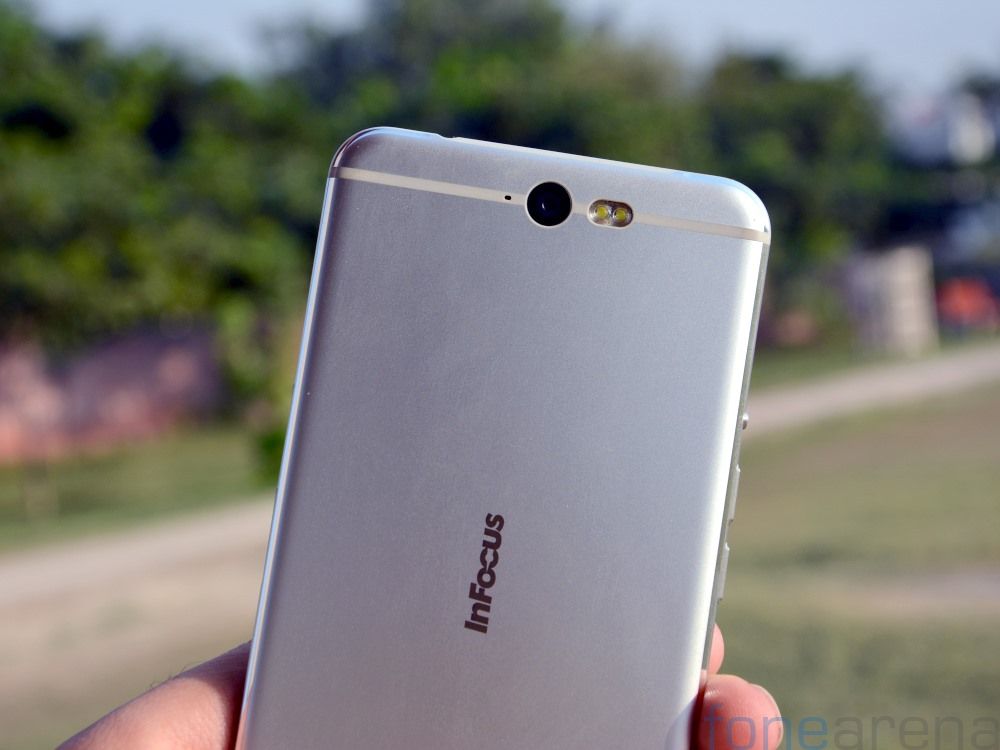 The rear camera can take decent images in bright daylight. Images came out sharp with nice details. Autofocus is speed is fairly good but the shutter takes a bit long to close. Stock camera app doesn’t include many features as well. In the low light conditions, the rear camera performs quite well too. There was little noise, but the detailing still appeared fine to us. But the front 8-megapixel camera didn’t perform to our expectations. 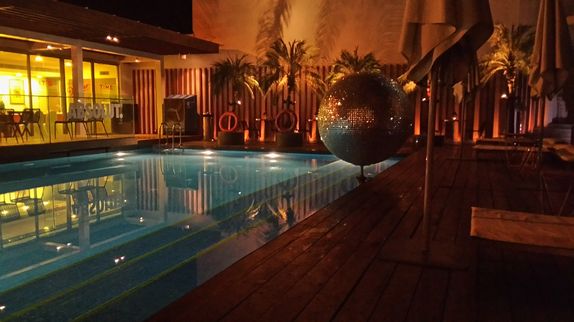 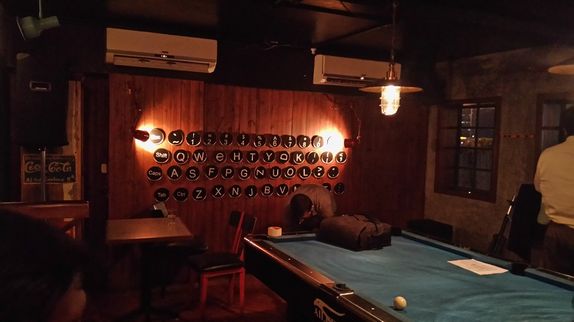 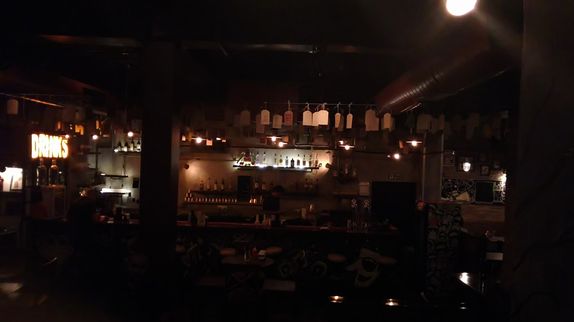 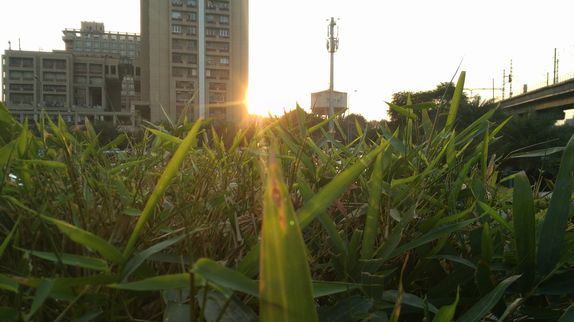 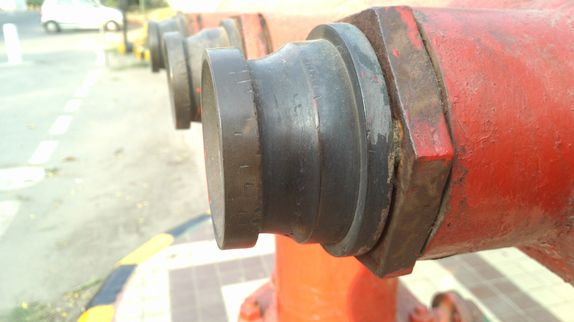 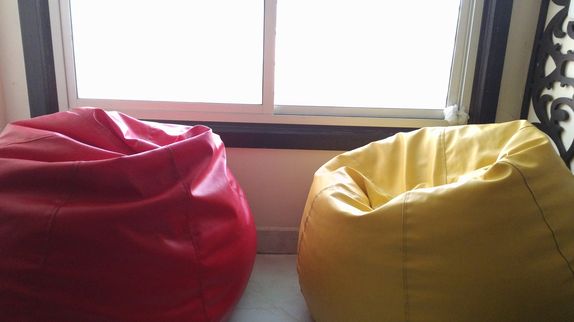 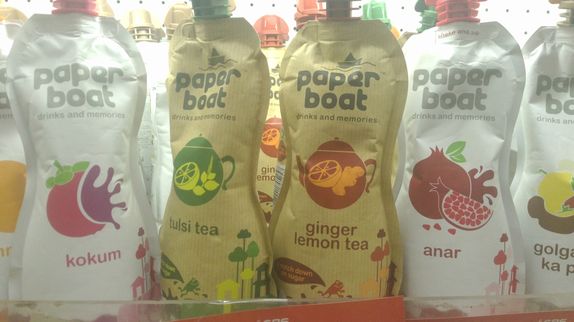 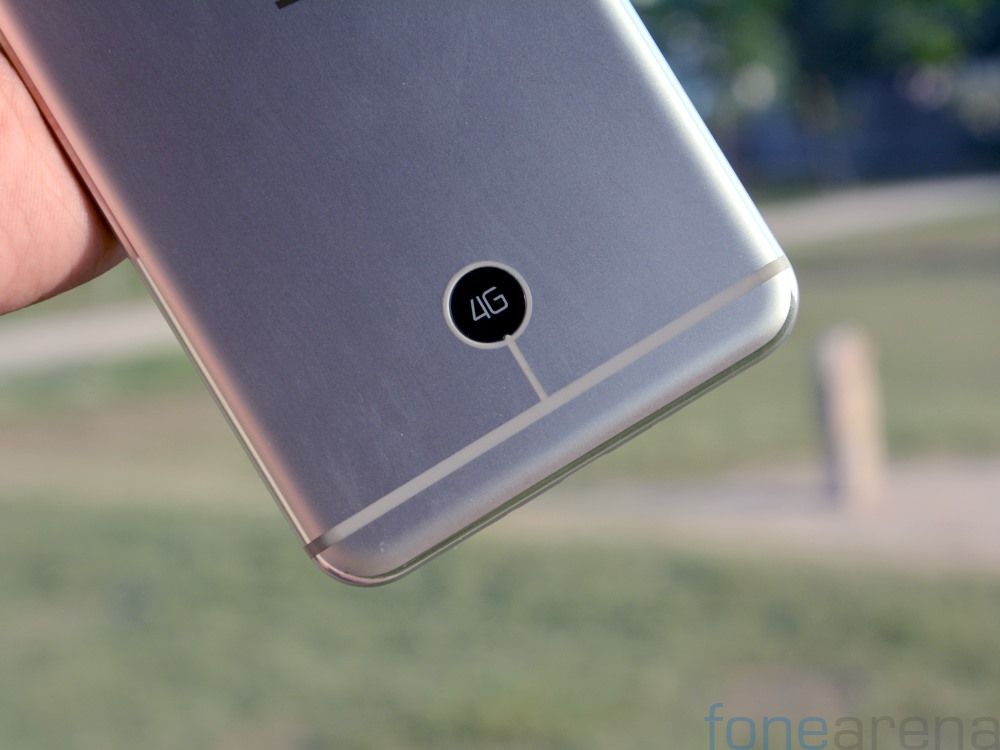 The second slot is hybrid, so it can either take a Nano-SIM card or a microSD card (up to 128GB). In short, you can only get the expandability if you only use SIM 1, and this might be a deal breaker for some.

Other connectivity options include Wi-Fi 802.11 b/g/n/ac (2.4/5 GHz), Bluetooth 4.0, NFC, GPS/ A-GPS, and Micro-USB with OTG support. As we have already mentioned in our performance and software section, the USB OTG performance is sluggish.

The 2900mAh non-removable battery provides very good backup, and it easily lasts for a day with average usage. Our battery rating for the device is about 15-18 hours on a single charge, which is really good for a big 5.5-inch full-HD display smartphone.

At a price of Rs. 19,999, the InFocus M812 will surely face a lot of competition from the likes of Xiaomi Mi 4, OnePlus One and Motorola’s new Moto X Play. Though the M812 is a powerful device, it still lacks the competition in many ways. 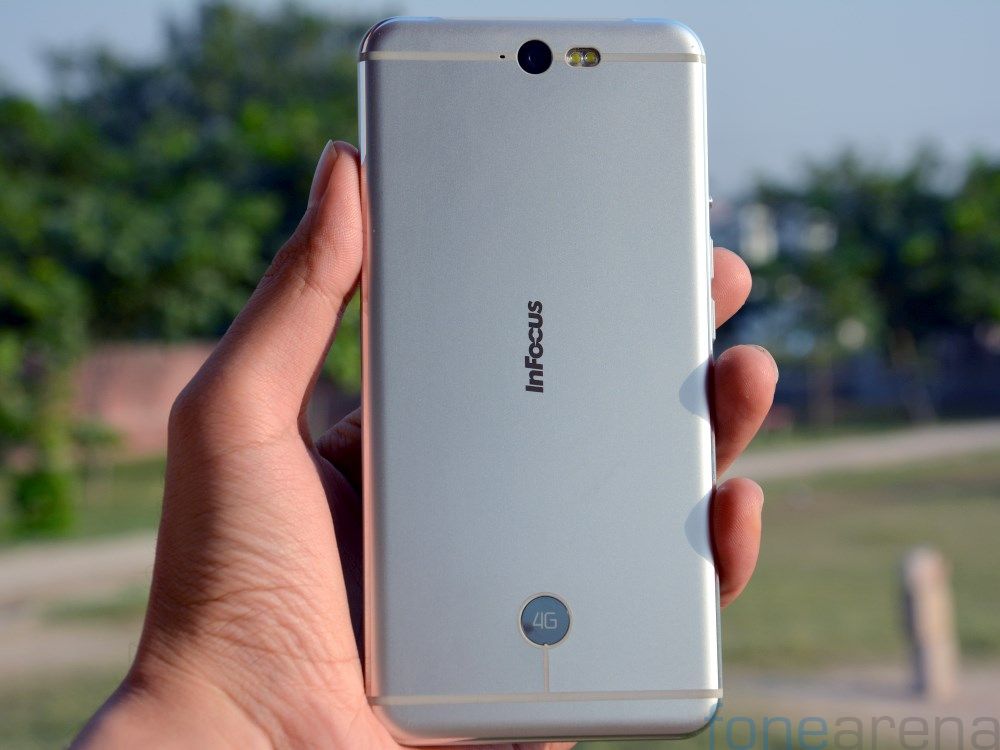 In India, where people are more worried about the brand name and after sale service, we will not recommend this device to consumers as of now. InFocus is relatively new brand for consumers in India, whereas OnePlus, Motorola, and Xiaomi have gained the trust and has been popular players for the last one year at least.