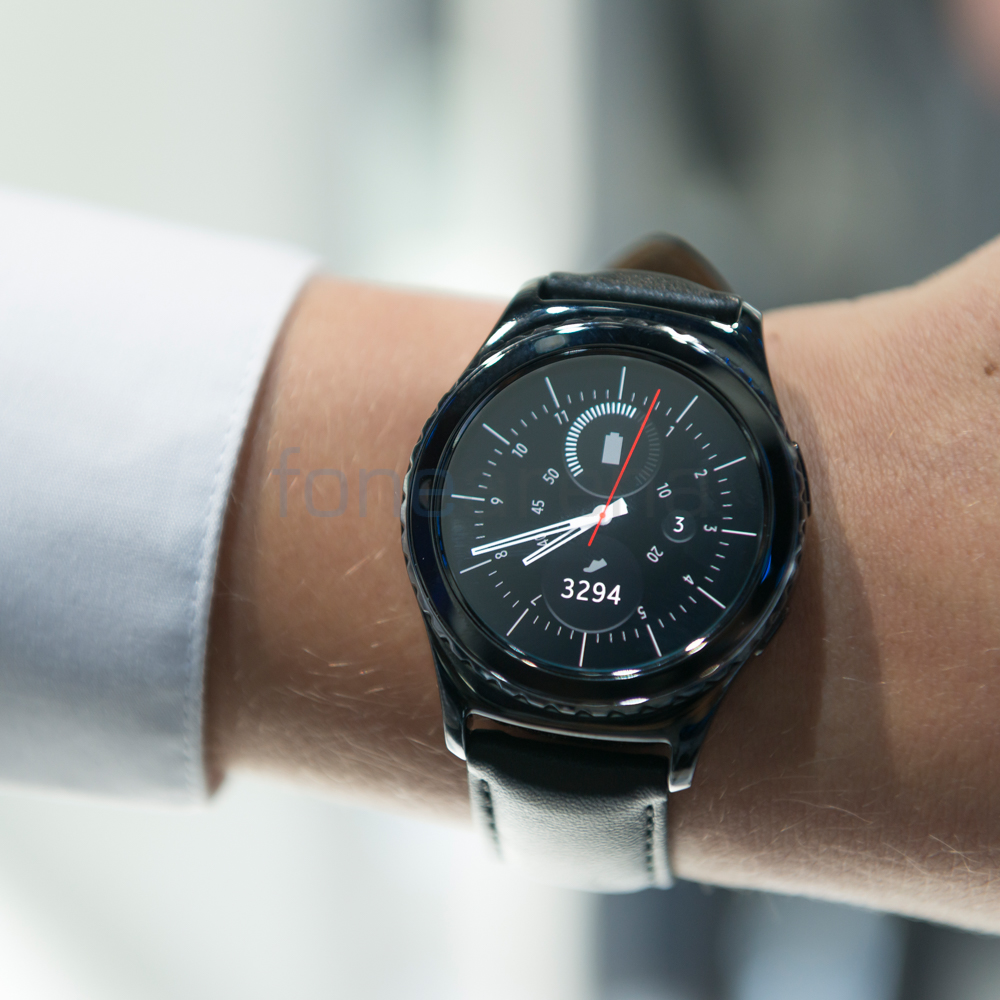 Both these have a 1.2-inch (360×360 pixels) Circular Super AMOLED displays, rotating bezel, Home and Back buttons, IP67 certification for dust and water resistance, 512MB RAM, 4GB of internal storage, 802.11 b/g/n, Bluetooth 4.1 and NFC support. The new Gear S2 series work with most Android devices running on Android 4.4 (Kitkat) or later with 1.5GB RAM and above.

The Samsung Gear S2 and S2 Classic are priced at $299.99 (Rs. 19670 approx.) and $349.99 (Rs. 22950 approx.), respectively and will be available in the U.S. through several retailers, including Samsung.com, Amazon.com, Best Buy, and Macy’s. The 3G variant of the S2 and S2 Classic with e-SIM support for voice calling will be available from AT&T, T-Mobile, and Verizon Wireless later this year, said Samsung, but no details about the pricing yet. Check out our Gear S2 hands-on.