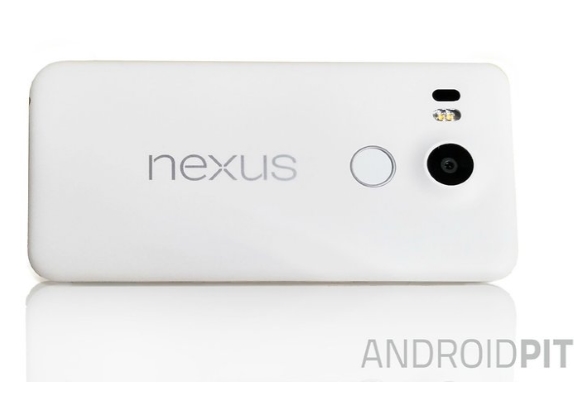 There have already been several leaks about Google’s anticipated LG-made Nexus smartphone. We have seen some purported render images, as well as an alleged live image showcasing back of the handset.

Now, a fresh leak has come from folks over AndroidPIT tipping a similar back design, which is claimed to be the final design as well. According to the report, the following image shows the new Nexus made by LG (rumored as LG Nexus 2015 or LG Nexus 5X) in its final form.

Even the Android Police folks have claimed that the image is legitimate, as per their sources.

Though, the image appears to be a press render image at first, AndroidPIT guys have clearly stated that it is not. They have straightened the image and omitted the background to protect source.

While we at FoneArena too believe that this might be the near-final design for upcoming LG Nexus 5X, but it would be worth pointing out that this image misses out the LG logo below Nexus branding. We don’t think that either Google or LG would like to leave the branding here, because it would not be possible to include it anywhere on the front black glass.

But there is another theory that LG logo will only appear in some markets, which to us seems unlikely.

So now that we are approaching rumoured launch date of September 29, it is expected that the leaks will go viral. So far, it is anticipated that Google will launch two versions of Nexus smartphones made by LG and Huawei on the same day.

[Update] – Another image of the LG Nexus (2015) has surfaced showing the device from a different angle. As per the image, the power button and volume rockers are now present on the right side and are positioned much further down the phone than on the first version. The original Nexus 5 had the power button on the right side and the volume rockers on the left side. Also seen in the new image is the protruding back for the camera lens.