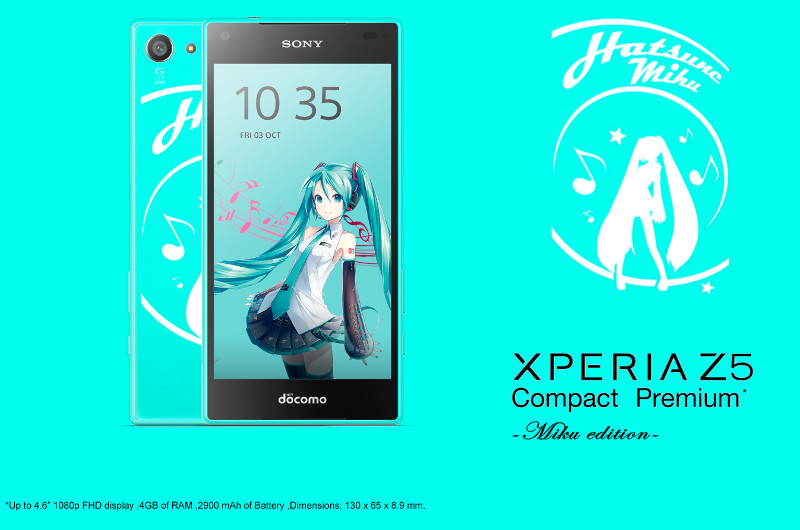 Sony unveiled the Xperia Z5 Compact with a 4.6-inch 720p display at the IFA, now a teaser image of the Xperia Z5 Compact Premium Hatsune Miku Special Edition has surfaced (Via), which will head to NTT Docomo in Japan. This will come with a 1080p display, instead of 720p display and will supposedly pack 4GB of RAM, instead of 2GB of RAM in the Z5 Compact. This is doubtful since the Z5 and the Z5 Premium have only 3GB of RAM. It is also said to come with a slightly bigger 2900mAh battery.