It looks like Motorola has a flagship smartphone up under its sleeve that will be announced by the end of this year. Popular leakster @upleaks has revealed image and specifications of Motorola Bounce on Twitter. 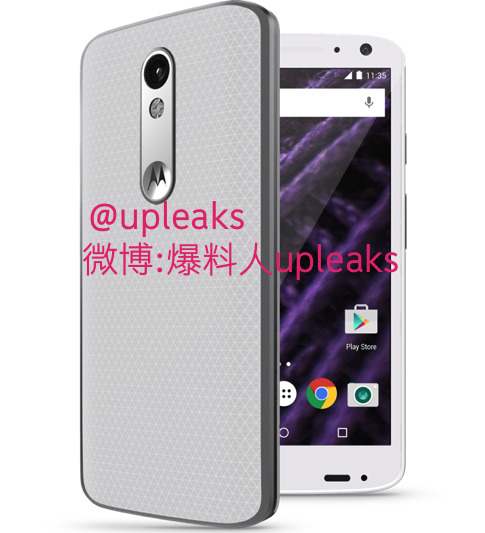 As per the leak, Motorola Bounce sports a 5.43 inch Quad HD display and is powered by a Qualcomm Snapdragon 810 processor. The phone has a 3GB RAM and 32GB/64GB storage options. It is also speculated that the smartphone will feature a 21-megapixel rear and 5MP front camera as well as a 3760 mAh battery. The leak says the phone will have a “shatterproof” design which means it will have probably a MIL-STD rating. As it is expected to be announced in December this year, the phone will mostly run Android 6.0 Marshmallow.

The Motorola Bounce is a handset which will probably be positioned as a flagship considering its hardware specifications. Also, there is a possibility that the Motorola Bounce could be just another name of the Droid Turbo 2.