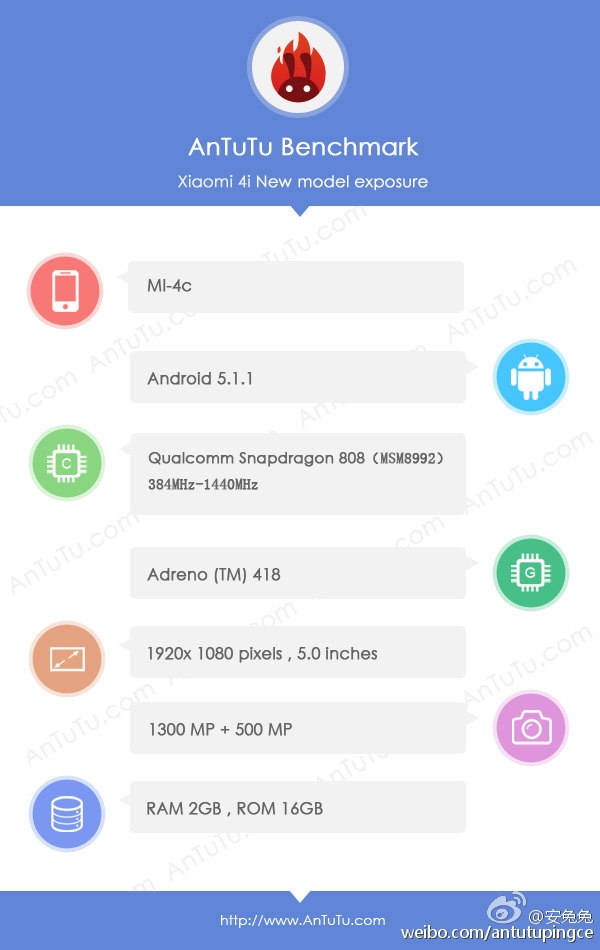 AnTuTu listing also reveals similar specifications as the Mi 4i, including a 5-inch 1080p display, 13-megapixel rear camera, 5-megapixel front-facing camera and 2GB of RAM. It might even come with dual SIM support and 4G LTE connectivity, similar to the Mi 4i as rumored earlier.

Xiaomi is yet to release its flagship Mi 5 smartphone and there might even be a Mi 5 Plus with a large 5.7-inch Quad HD screen. Qualcomm recently announced that the Snapdragon 820-powered devices is expected only in the first half of 2016, so we can’t expect the Mi 5 or Mi 5 Plus until next year if these smartphones come with Snapdragon 820. However, Xiaomi might choose MediaTek Helio X20 10-core SoC, which is expected in commercial products by the end of 2015.