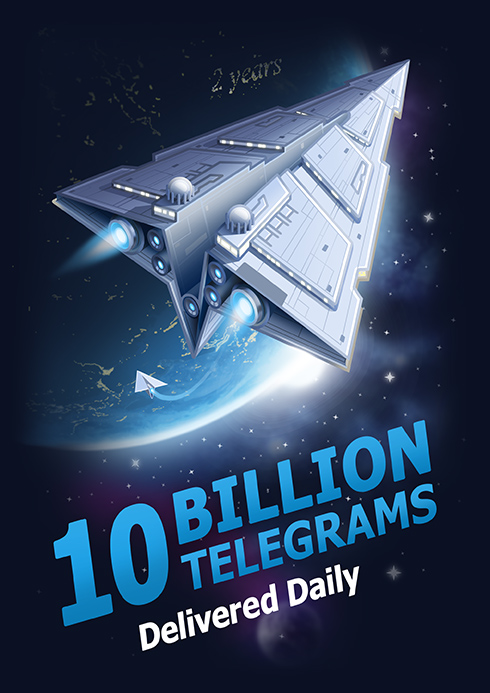 This is up from 1 billion daily messages in December. Telegram had 62 million monthly active users in May this year that was up from 50 million in December last year. In comparison, WhatsApp has 700 million monthly active users that send over 30 billion messages everyday. The function and interface of Telegram is similar to that of WhatsApp, featuring the same stock emoticons and the ability to attach audio, image and video files.

“We launched our iOS app exactly two years ago. Now we’re delivering over 10 billion messages daily – that’s roughly the number of push notifications that are sent by Telegram each day”.

posted Telegram in a blog.

Telegram also offers a desktop product, meaning users can sync their mobile messages with Telegram’s desktop and tablet apps. In July this year, the app on Android and iOS received in-app media playback and search in chat.