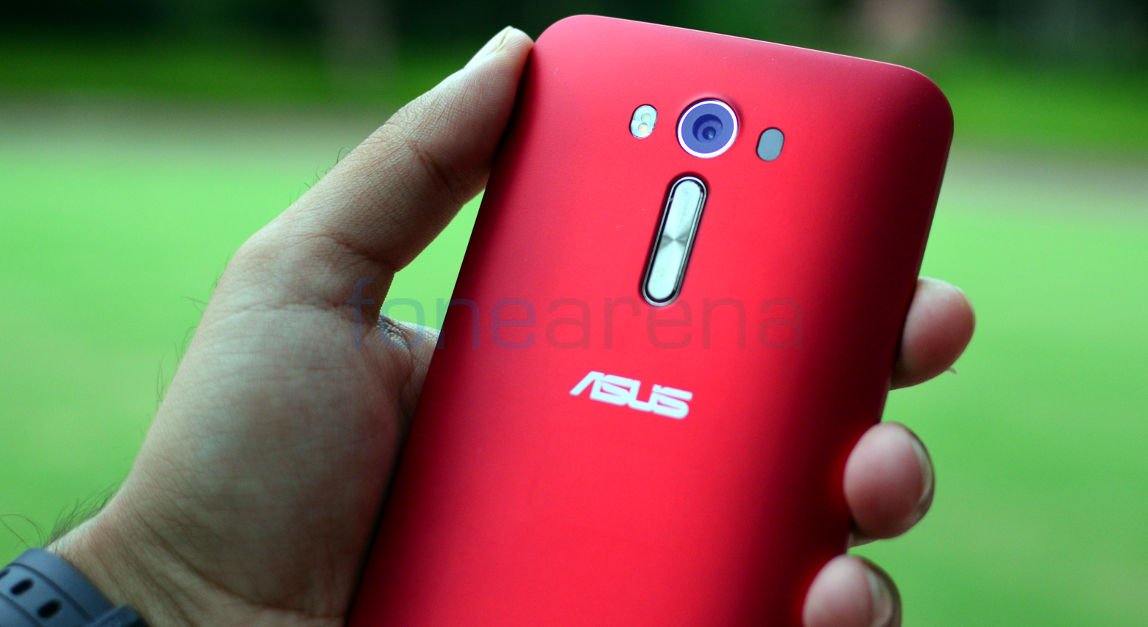 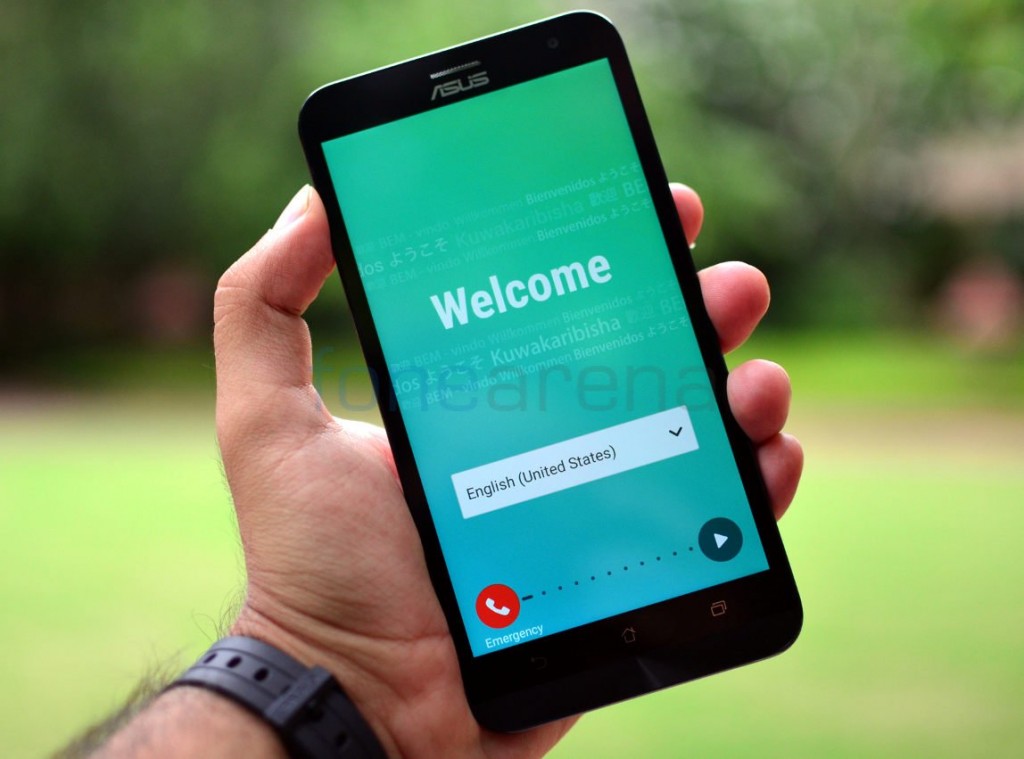 Oh look, Another Zenfone 2! Wait, that’s the Zenfone Selfie? Nah, that’s the Zenfone 2 Laser. Once again, Asus has launched a phone that looks nigh identical to the rest of its line up. Call it the creation of a homogenous brand identity or sheer laziness on the part of the brand, the Zenfone series of phones do provide a solid albeit utilitarian handset. With the Laser, the Taiwanese brand is entering the budget segment and is seeking a replacement for last year’s Zenfone 5. We put the phone through its paces to determine whether this is the best handset that you can buy at this price point.

The Asus Zenfone 2 Laser is part of a cookie cutter design language that permeates across the top of the line Zenfone 2 Deluxe all the way through to the entry level Laser. At first glance, you’d be hard-pressed to name which phone this is. That works for the better i suppose as a Zenfone 2 Laser user is offered the same design sensibilities as a higher end phone. More than the design though, which isn’t particularly interesting anyway, it is the build quality of the handset that surprised us in a positive way. 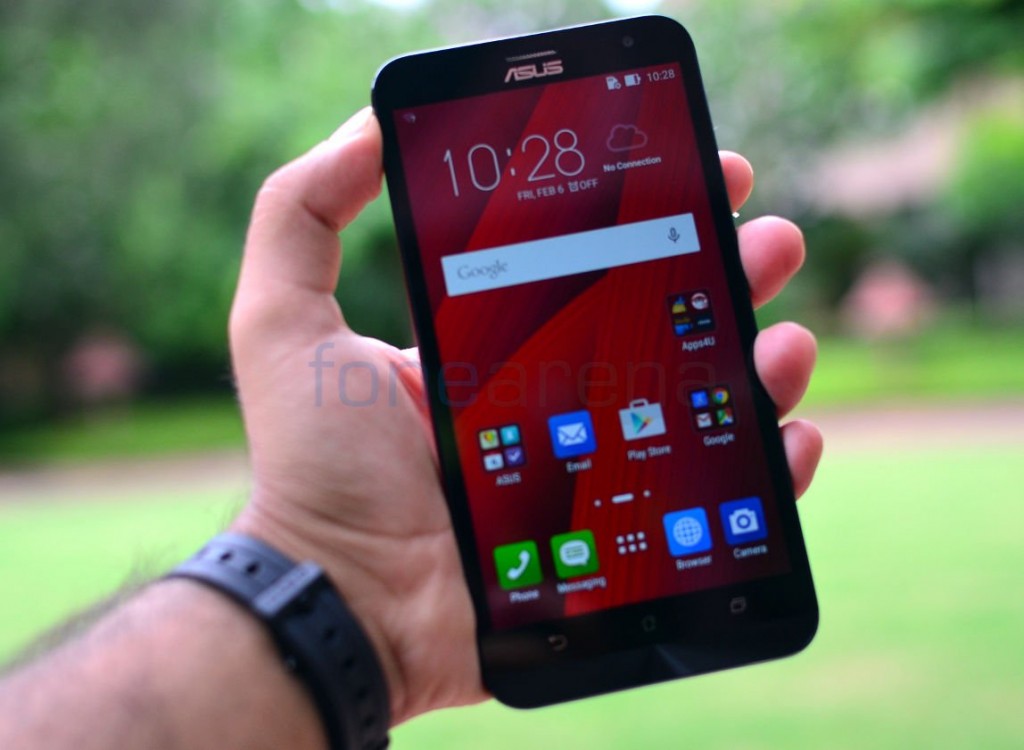 A 5 inch display is what you find sitting proudly at the front of this phone. Three capacitive buttons assist basic menu navigation and are located right below the screen. Unlike many newer devices, Asus tends to eschew the use of on-screen controls. Right at the bottom is an aluminum plate that is fast becoming a signature design feature of Asus devices. Above the screen is the front facing camera and a notification LED.

If you’ve had any interest in this year’s range of Zenfone devices, you’d be well aware that Asus has adopted a design feature pioneered by LG and has implemented it across their range of phones. The left and right of the device are lacking any controls whatsoever as the volume control has been moved to the rear of the phone. The power button still lies at the top. A bit easier to reach out to considering the smaller size of the phone but still something we’d like over at the rear or on the sides. Tactile feedback is a bit of an issue, more due to the location than the actual button but double tap to unlock gets around this. The prime focus of the unit goes to the built in laser autofocus unit that sits across the 13MP camera unit, opposite to the LED flash unit. 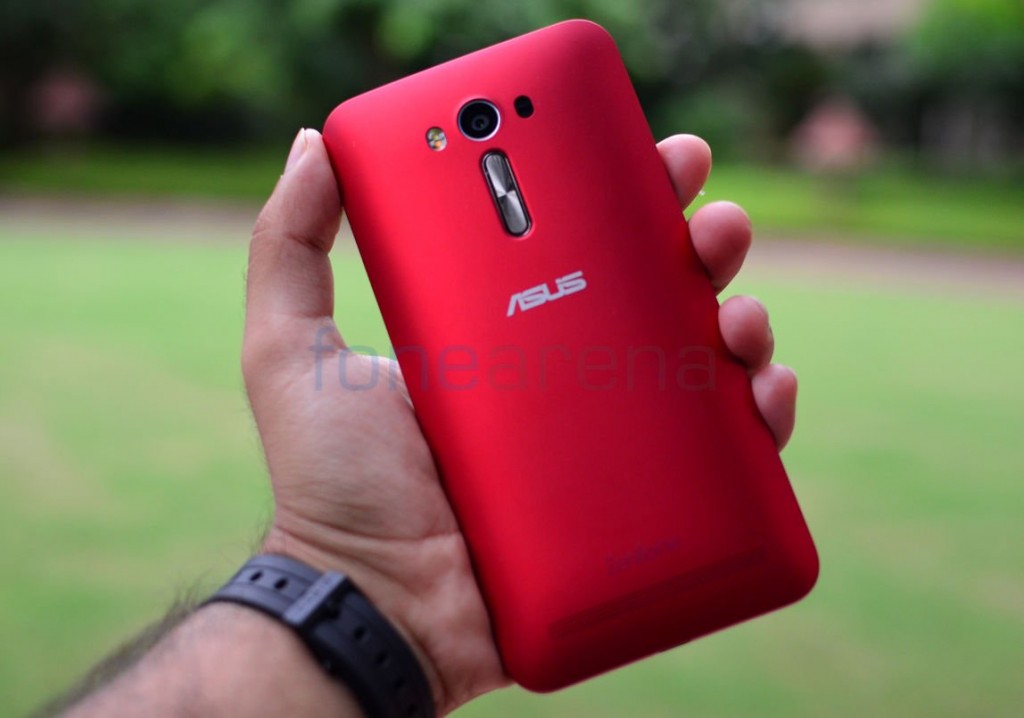 At 143.7 x 71.5 x 10.5 mm and weighing in at 170 grams, we feel that the phone strikes a very good balance between size and usability, The display is large enough to be enjoyable without making the device unwieldy, which is a problem that we faced with a few of the other devices like the Asus Zenfone 2 Selfie. The gently curved back fits well in the hand and the volume rocker key is placed well enough to not be an issue. We do feel that the tactile feedback isn’t quite on point and that the rocker requires a harder press than necessary but we can live with that.  All in all, the Zenfone 2 Laser is a decently built phone that should survive a fair few drops on account of the sturdy plastics used, it certainly won’t be winning any design competitions though.

Based on Android 5.0.2, the Zenfone 2 Laser brings with it the same bloatware ridden software that we’ve become used to. Zen UI has a regular two level hierarchy with the top level hosting widgets and application icons and the secondary layer being a repository of all applications installed on the device. 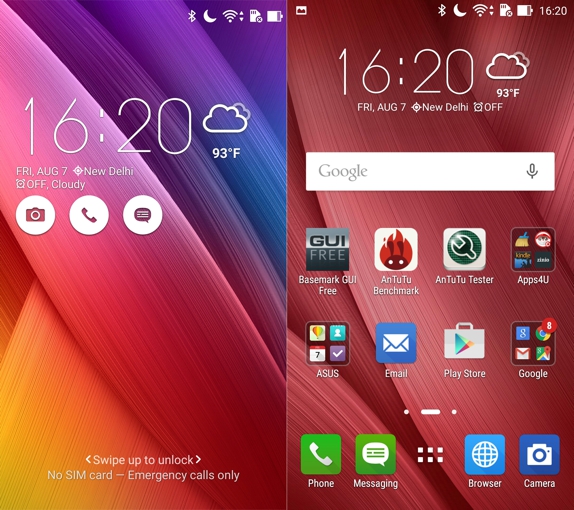 Beyond the usual notifications on the lockscreen, Zen UI allows you to pin three applications to a quick launch bar. An integrated time and weather widget can also be found here. Via ZenMotion, the Laser has gesture support built right into the handset. From the lockscreen itself, you can launch a range of applications including the phone dialer, the browser, the camera or even assign a gesture to a specific application. A nifty feature to have for sure. Enter the homescreen and you’ll spot the first of the two level hierarchy we mentioned earlier. The first panel sports widgets and multiple app shortcuts. 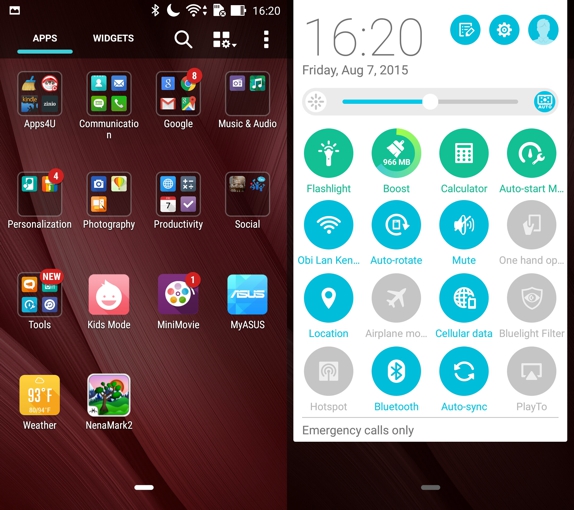 Enter the second level app launcher hierarchy and you have the app drawer that will let you sort and segregate apps in a fair few ways. You can also have smart folders that automatically add in relevant applications as and when you install them. The drop down notification hub on the other hand is a crowded affair. All through the interface, Asus has completely customized the iconography and the notification drawer is where it feels the most cluttered. Our biggest issue was with the amount of bloatware on the device but thankfully it is possible to delete at least a few of them. For those applications that you can’t delete, Asus has a built in auto-start manager that you can use to disable those specific applications.

Unlike the Intel running Zenfone 2 Deluxe, the Zenfone 2 Laser is powered by a Snapdragon 410 processor. This is a quad core processor with four Cortex A53 cores clocked at 1.2Ghz each. The Adreno 306 GPU paired along provides graphic capabilities. Onboard RAM on the handset is 2GB and this is good enough to facilitate moderate levels of multitasking. This is a budget device and expecting any higher amount of RAM would be unfair. In day to day usage, we found performance was more than satisfactory. The handset remains slick and smooth with the occasional hiccup around high graphic games where the GPU lags. We found that heavy web browsing caused a few lags and stutters within the browser. Not enough to be a huge concern but worth noting nonetheless. For benchmark addicts, we’ve put the handset through our usual range of tests to give you comparative scores. 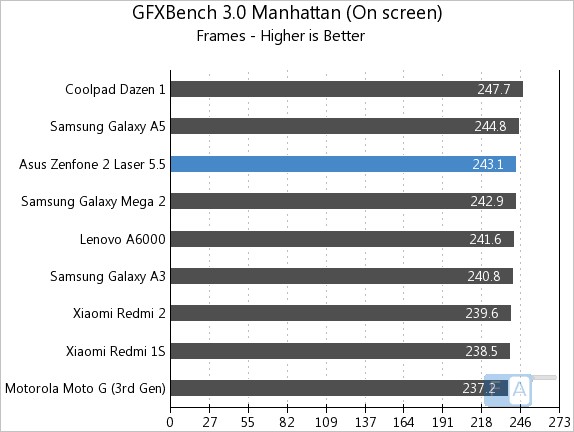 In the GPU centric GFXBenchmark, the phone scores 243.1 Frames per second which places it below the Galaxy A5 and around the Samsung Mega series of phones. 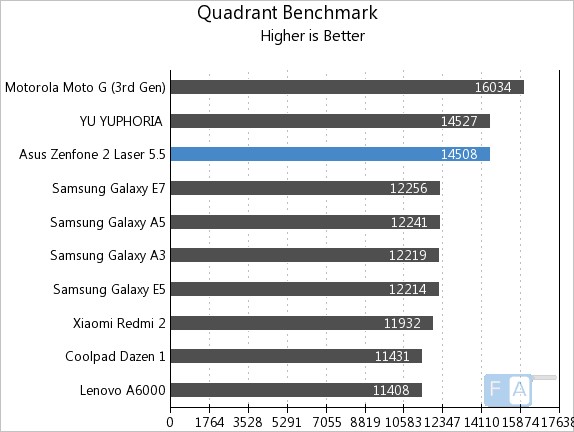 The Quadrant benchmark is a CPU centric benchmark which shows that the Zenfone 2 Laser can easily compete with the likes of the Yu Yuphoria and the Xiaomi Redmi 2. Surprisingly, it lags significantly behind the 3rd generation Moto G which has the same SoC. 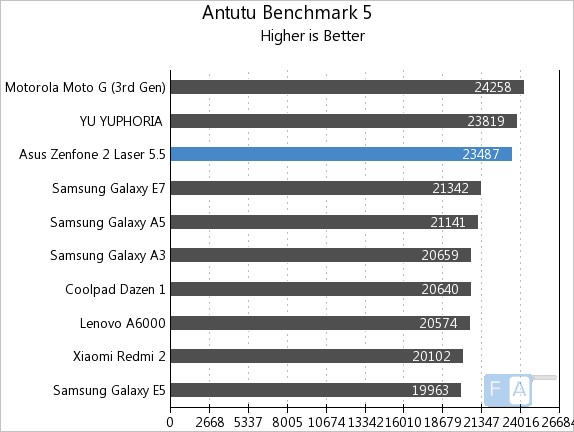 In the all encompassing AnTuTu benchmark, the phone scores 23487 points and lags behind the latest Moto G and the Yu Yuphoria.

If there’s one area where manufacturers tend to cut corners to save costs, it has to be the display. Thankfully that isn’t the case here. The display on the Zenfone 2 Laser is as good as it comes in the category. It might lack a bit compared to the higher end Asus phones but within the category, we think there’s little to complain about. 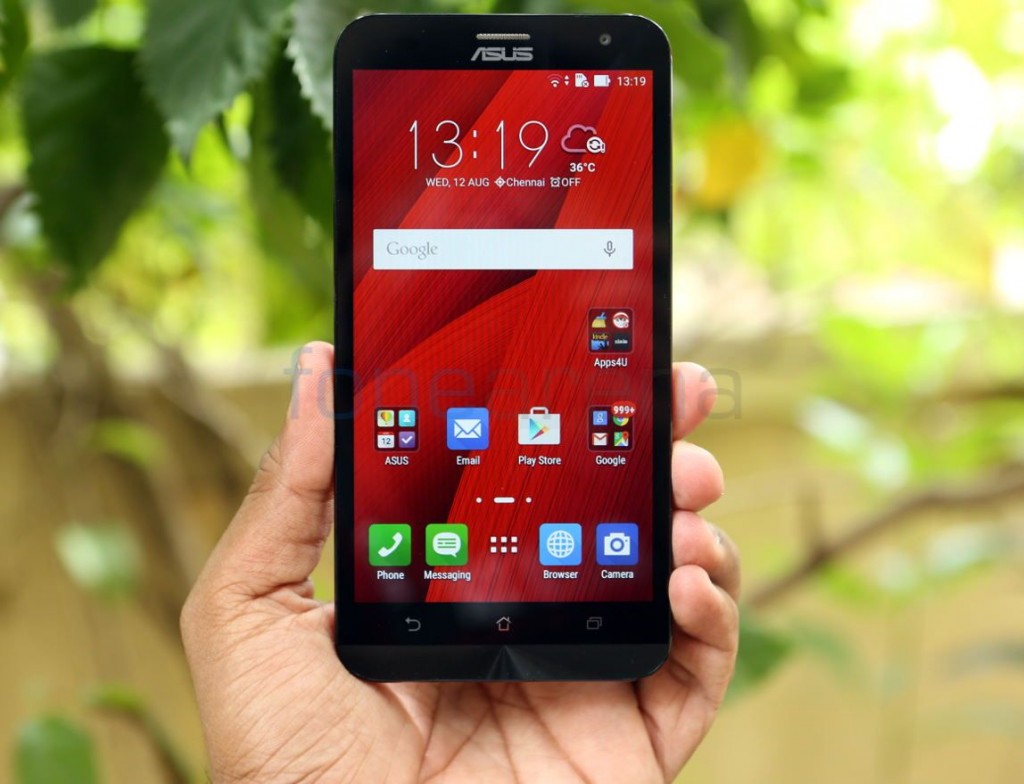 Measuring 5.5 inches with a 720p resolution stretched across, the display is perfectly adequate. Sure, there are other manufacturers installing 1080p panels in similar devices but i’d rather have a brighter, more natural looking display personally. What is surprising and comes across as a deciding factor between the new Moto G and the Zenfone 2 Laser is that the display on the latter is seemingly superior to Motorola’s offering both in terms of bright, sharpness.

A Toshiba sensor, 5p Largan lens and a laser autofocus module work in tandem to give the phone it’s photography capabilities. The camera module itself is the same as the one on the Zenfone 2. The phone takes decent shots, with noise levels that tend to be on the higher side. There’s a bit of oversharpening but the contrast levels are kept in check. 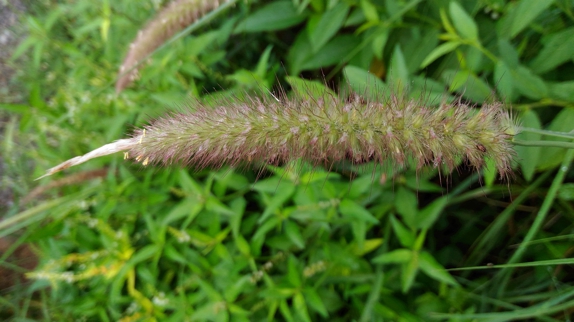 The laser autofocus unit in particular is very impressive and we found that it lives up to the company’s claims of being able to acquire a focus lock in 0.3 seconds. Images are generally nicely detailed, sharp and we are quite satisfied with the quality here. The phone won’t be comparable to the flagships but then again, it isn’t even competing with them. All in all, the camera hardware is quite good and more so for the price of the phone.

In terms of storage and connectivity options, the Zenfone 2 Laser is strictly run of the mill. Connectivity options include 4G LTE / 3G HSPA+, WiFi 802.11 b/g/n, Bluetooth 4.0 and GPS. While the phone ships with 16GB of storage, there’s only 11GB or so available at first boot thanks to the copious amount of bloatware. Thankfully, it is possible to expand this storage via the microSD card slot. Additionally, USB OTG is also supported on the phone which means that you should be able to plug in a spare USB drive if you really need to get a boost of storage on the go. 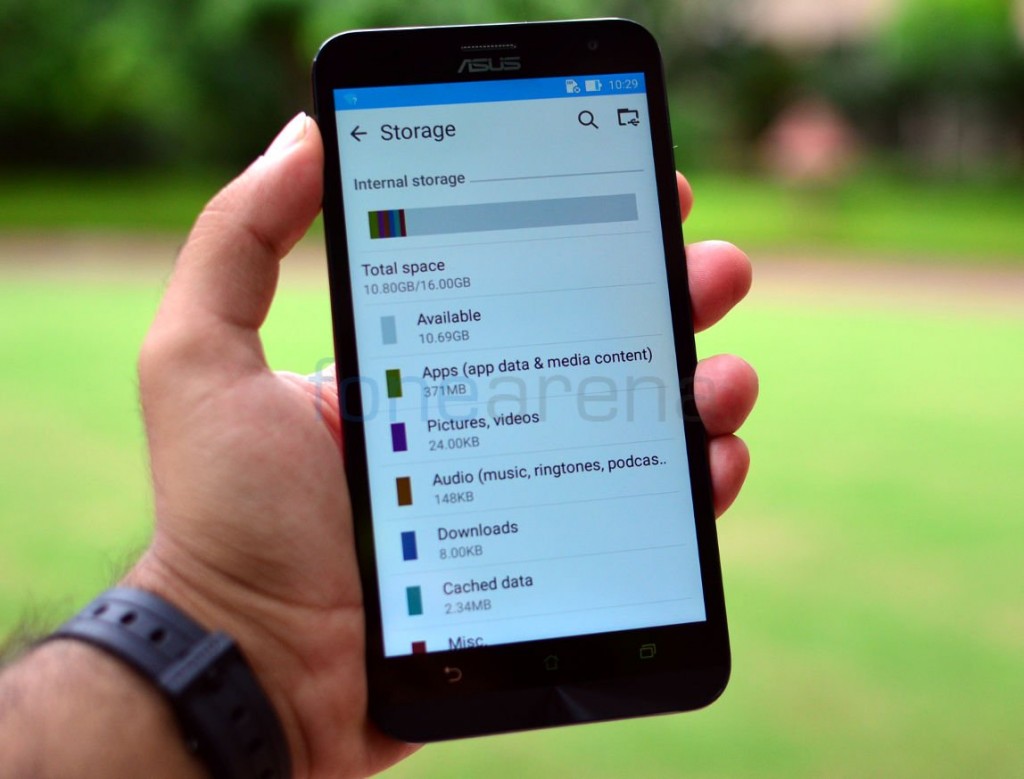 Battery life has gotten a massive boost on this phone thanks to the frugal Snapdragon 410 chipset. This paired with the 3,000 mAh battery has made a substantial difference. Where the Zenfone 2 would struggle to last a work day, the Zenfone 2 Selfie lasts well over a day. In our testing, the phone ran a looped video for close to 10 hours and even with extended gaming and browsing, 5-6 hours of screen on time was attainable. Under real world usage, we could comfortably charge the phone every alternate day without running out of charge.

The sub-10,000 rupee market is flooded with handsets from practically every manufacturer. The presence of a laser autofocus module and a genuinely above average camera module gives it an edge over most. The phone may not be exemplary but proves itself as a capable all rounder. 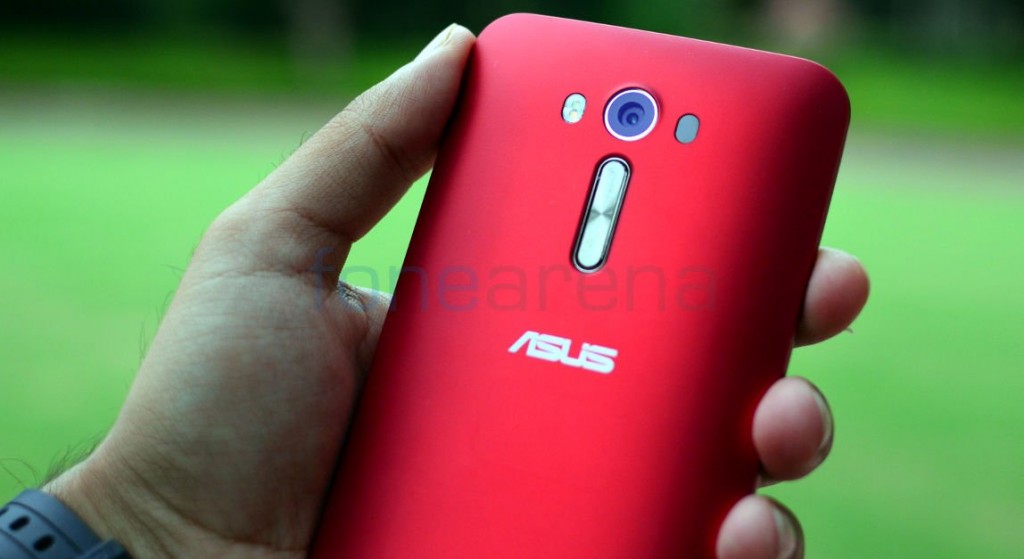 The chief competitor for this device will be the new 3rd generation Motorola G that brings its own USP in the form of water proofing. There’s also the Xiaomi & Lenovos that have long been considered some of the best budget devices. Priced Rs at 9,999 onwards, it is clear that the Zenfone 2 Laser faces still competition. Despite the overall value for money proposition it offers and the laser like focus on photography capabilities, it remains to be seen whether the handset will find mass appeal.