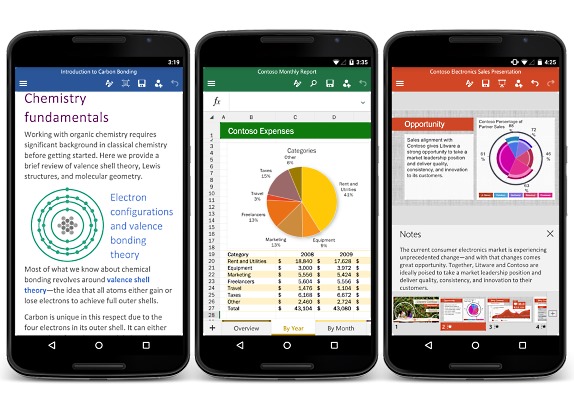 Microsoft has finally launched the Office (Word, Excel and PowerPoint) Android apps for everyone. Last month, these were made available in a preview for Office for Android community testers.

All Android users with devices running Android 4.4 KitKat or later can now head over to Google Play to download the Microsoft Word, Excel and PowerPoint apps for free. Users can sign-in with a free Microsoft account to create or edit docs. A qualifying Office 365 subscription is required to unlock the full Office experience, notes Microsoft. These also come with in-app purchases.

“Today I’m pleased to announce the general availability of the new Word, Excel and PowerPoint apps for Android phone. These join our previously released Office apps for Android tablets to complete the Office experience for the millions of Android users around the world,” said Kirk Koenigsbauer, CVP Office Client Applications and Services at Microsoft.