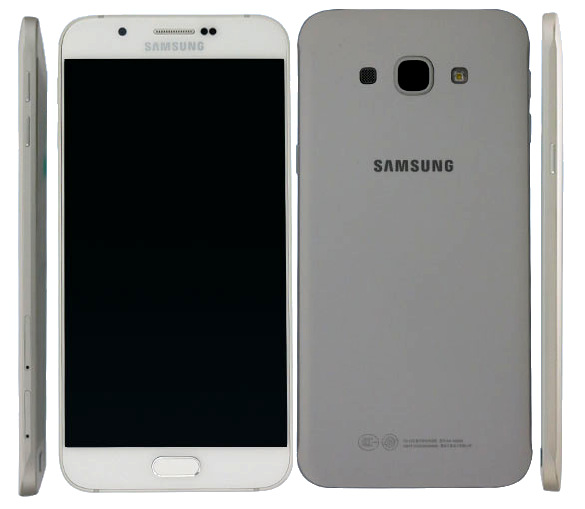 Live images of Samsung Galaxy A8 (SM-A8000) surfaced last week, now the smartphone has been certified by TENAA (via) in China. It confirms most of the specifications of the smartphone and also reveals that it will have a 5.7-inch Full HD Super AMOLED display, and not a 5.5-inch display as rumored earlier. This confirms that the smartphone will be just 5.94mm thick, making it the thinnest Samsung smartphone till date.

Since the smartphone has received certification in China, we can expect it go official in coming weeks.