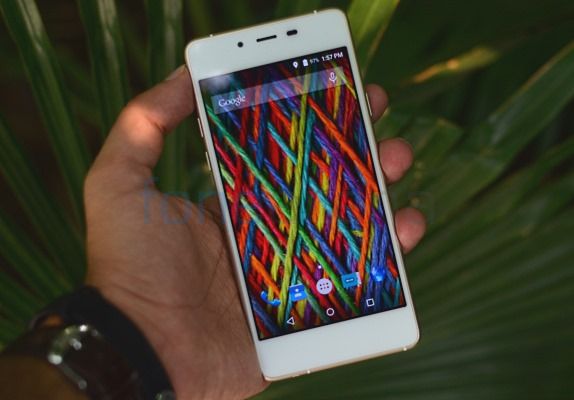 Amidst a media blitz in Delhi, Micromax launched a brand new product that it claims to be the world’s slimmest handset. Called the Micromax Canvas Sliver 5, the phone measures a svelte 5.1mm and has specifications that should be good enough but aren’t really competitive. We spent some time with the handset to see what really sets it apart and here are our first impressions.

The front of the Canvas Sliver 5 is fairly generic. It looks like any other Micromax handset and has a 4.8inch HD AMOLED display placed proudly in the center. Running around it is a slim bezel and at the top is the front facing camera, proximity sensor. From the front, the phone is unremarkable at best.

Move over to the right and you spot the SIM card slot as well as the machined aluminum power button while the left side has split volume rockers. The entire frame of the handset is made of aircraft grade aluminum with a frame running all around the edge. The frame has chamfers on both sides and looks visually striking. There’s also the case that the chamfers make the phone look even slimmer. Onwards to the thickness or better still, the slimness of the phone then!

We know what you’re thinking. There are phones out there that measure as slim as 4.7mm so how exactly are Micromax getting away by calling this the world’s slimmest phone? You’d be right but then again so are Micromax. The world’s slimmest phone does indeed clock in at 4.7mm but it has a camera bump that makes it much thicker than that. The Canvas Sliver measures 5.1mm all the way through and lacks a camera bump whatsoever. For what its worth, the Canvas Sliver can be termed as the world’s slimmest single block smartphone but we’re really getting into semantics now. The slim nature of the handset has an unfortunate side effect in the fact that the battery has been shrunk down to 2000mAh unit which doesn’t seem sufficient for all day usage. 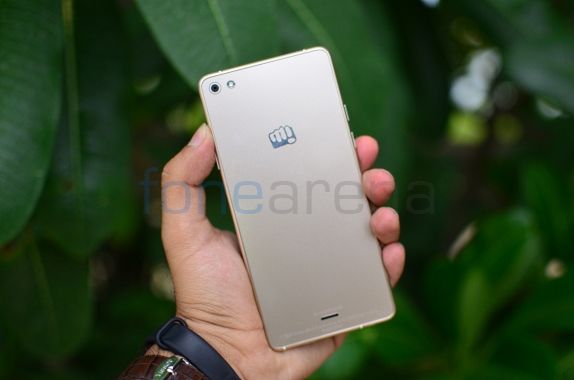 The back of the phone is covered by a single block of Gorilla Glass and proves to be more resistant to fingerprints and scuffs compared to the front that is a smudge magnet. A Micromax logo sits near the center while the 8MP camera module and single LED flash are placed at the top left corner. 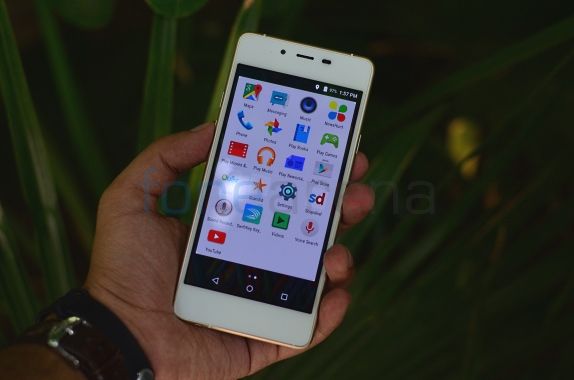 In our brief time with the phone, we found the usage experience to be satisfactory. Powered by a Snapdragon 410 processor and 2GB of RAM, UI lags were nowhere to be found. The phone is running on Android 5.0 Lollipop and the interface layer has thankfully been kept very clean. There are a bunch of preinstalled applications that hog the minimal 16GB of storage but nothing too intrusive. Talking about storage, the phone lacks microSD expansion and of the 16GB storage on offer just about 11GB is available. When it comes to connectivity, the Canvas Sliver misses out on dual SIM compatibility which might prove to be disappointing to a lot of prospective customers. The phone does support 4G LTE connectivity to be compatible with the rapidly expanding high speed networks around the country. 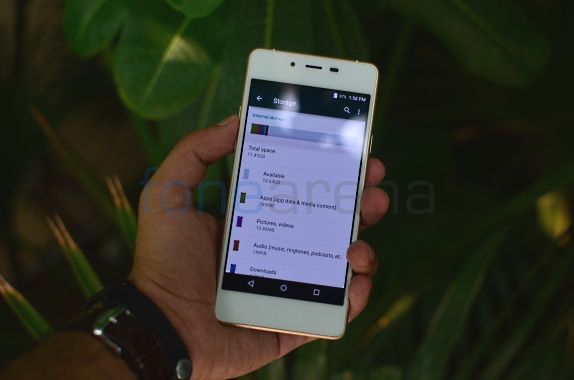 Overall the Micromax Canvas Sliver 5 is a good looking phone that isn’t very competitive in the specifications department. Indeed with the recent price cuts, you can get a much better equipped phone like the Xiaomi Mi4 for even cheaper. So who is the Sliver 5 targeted at then? If you are someone who values a phone for its looks and design and want just basic functionality out of it then the Micromax Canvas Sliver 5 should appeal to you. The phone will be available starting first week of July in white and black with gold and silver trims respectively at a price point of Rs. 17,999.